As we all remember from our very recent millennial youth, R+B/Soul is a combined genre that once dominated the mainstream airwaves pre-2008; starting in the late 90s with the mainstream transformation of hip-hop, and eventually combining itself with R+B/Soul. That is not to say that R+B and Soul are to be considered dead genres, and the mainstream effect of rap is still strong today as we hear our favorite rappers still collaborating with pop artists and DJs alike, broadening the genre’s spectrum. While the aforementioned genre might not be completely deceased, we no longer hear of the Mariah Careys of the world on our radio unless its mixed with a thumping beat, or completely strays away from organic instrumentation and either loving/inspiring lyrics that R+B once embodied in the mainstream. Even modern R+B heavyweights like Ne-Yo, Usher, and a slew of other artists who existed famously pre-2010 has thrown away their older mainstream sensibilities of crooning, balladry, and R+B production in favor of softer vocals, working with DJs in the dance world, and less of a pressure to belt those famous notes. 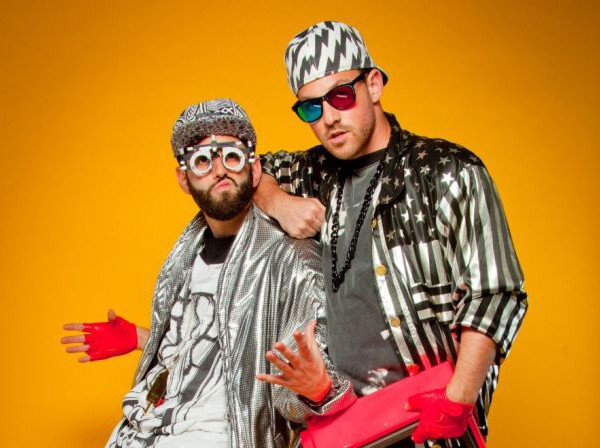 We at Relentless Beats are here to tell you that R+B, while not as prevalent as it was in our childhood, is not dead, but molding itself into something bigger. “Soul Clap” has the exact clap-back answer to the current climate in music that truly doesn’t know what the hell is going on. “Soul Clap” is gaining traction as an act that is not only serious about implementing R+B-infused and cocktail-type beats, but is incredibly serious about not taking themselves too seriously. Hailing from Boston, Soul Clap makes an effort to let you know in their bio that everything that has been culminating up to now has made them into who they are today. Eli “Elyte” Goldstein and Charles “Cynce” Levine met in high school in 2001, and began a musical friendship that produced the 2012 first-full length effort of “EFUNK: The Album.” Soul Clap has provided a “clap-back” of sorts to give us almost a musical storyline of “the missing link” during the time when R+B was making its final bows in traditional form, but also the birth of our current edition of what we call EDM. While throwing away the 2000s sensibilities of traditional R+B that reminds us of that time in pop, Soul Clap combines strange vocals and samples, cool lounge-y back beats, and a perfect soup of dance and funk that will make any average listener raise an eyebrow.

With the future in sight, Soul Clap has begun to collaborate in a holy union of souls known as “Crew Love,” formed with Wolf + Lamb and Double Standard Records. Their newest effort, “Crew Love: Based On A True Story” combines the fresh minds and album-cover stylings expected from a Chevy Chase movie or National Lampoon. This album is in no way a pure “Soul Clap” effort, but they are given more than enough opportunities on various tracks to make this funky collab fluid and seamless.   This full-length effort is a true testament of artists coming together to not only get their name out there with common-placed “features,” but to provide a product of bad-assery that fits into a specific brand — they’re own brand. Even with the presence of other artists who have their distinct sound and techniques, “Crew Love” could be the display of a prolific bromance in music. If you are looking for a funky bromance between not only EDM, but also R+B, Funk, and Soul, listen to a few buds who you’ll take more seriously than they take themselves.