Coming in like a Kansas tornado invading the sanctity of a run-down trailer park, the newly released “UZ” Remix of Alvin Risk’s Beastmode packs just enough punch to get everyone feeling the hype. Aside from already-mysterious narrative from the ever-popular “UZ” who has invaded our speakers with sick remixes and a fresh approach to what we know as trap, Fool’s Gold records released the introductory remix of what could be a very sensual electronic romance with record-label newcomer, Alvin Risk. Hailing from Washington, D.C., Alvin Risk had been making splashes in the underground with releases under the drum-and-bass moniker, Corrupt Souls, but also floating into projects involving the creative collective, OWSLA, founded by Skrillex and friends. Although Marcio Alvarado did release a series of E.P.s originally unsigned, eventually culminating to his work with OWSLA and a one-off work on Ultra Records, and even a full-length album under his former solo name (2008’s My Lightyear under the name, Telemetrick). From this information, we can definitely assess that Alvin Risk definitely should not be acknowledged as a beginner, but a seasoned voice bringing a fresh mix of EDM salad to what he has already built on.

Starting the track with a “Beastmode” mantra, the track quickly goes into only the hard-hitting, syllable-ripping rap you would expect with Odd Future’s Hodgy Beats, who should have more mainstream recognition than he receives. With the mix of Hodgy Beat’s rap, and UZ’s trap-related contributions, the track is transported into a journey of firm trap beats under an incredibly solid rap that doesn’t fall into the “trap” of the piece’s rap getting lost in the production. 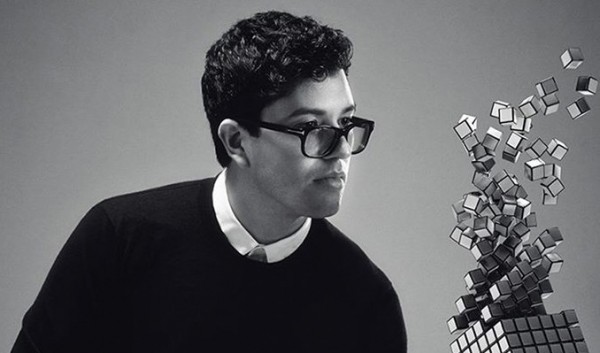 With Alvin Risk now under one of the stronger labels in the EDM world that have been seen as “innovators” of their field, expect many trap-influenced tracks with strong drops and a cohesive knowledge of incorporating only the best raps in one’s song. Make your approaching summer a little bit more “Beastmode,” and show that Arizona heat who’s boss!