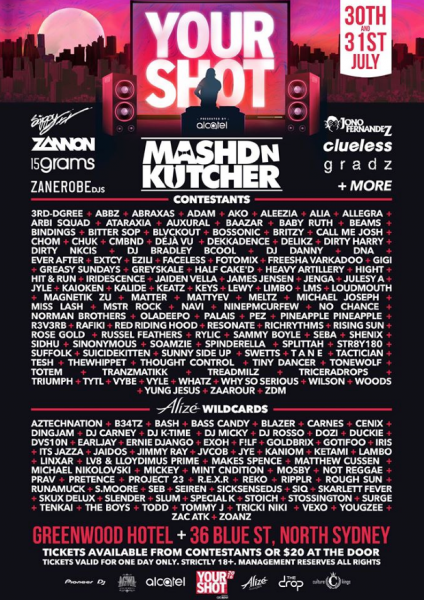 Thousands of people apply each year and only a couple hundred are selected for the interview process. After that, 80 lucky ones are chosen to perform. Each contestant receives a 6 week training course in the Your Shot studio. Once the training is over, each person brings their set about a judged, jam-packed two day event.

Tigerlily, one of Australia’s most recognized female producers, was a Your Shot contestant in 2011. Check out her interview about the entire experience and where she is today because of it.

On the other hand, Melbourne based musician, Zoe Kittel, otherwise known as Kitty, was selected as one of the 80 individuals who showcased their set: 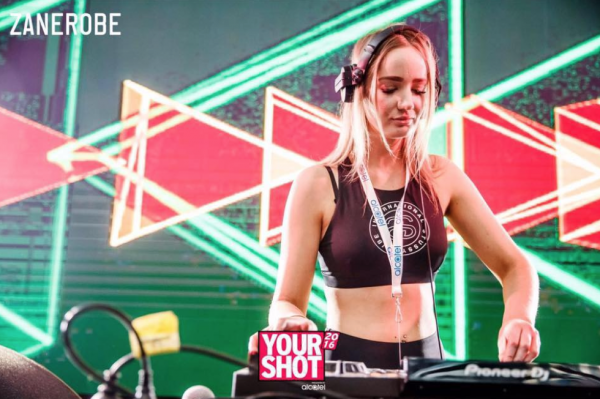 “I’ve taken away a lot from this experience so far. Most importantly I have learned many amazing new techniques that I can apply to my mixing. I learned a lot about music itself. Making mistakes is okay and what’s most important is to have fun with whatever you’re doing, whether that be headlining a huge music festival or Djing for an empty bar; it’s all about the journey.”

Your Shot has given aspiring producers like Tigerlily the opportunity to get recognized, so we’ll see who the next artist that comes out of this competition is. Two winners are selected to chose a festival from the list of six to perform at. Festivals include, Snowbombing in Mayrhofen, Australia, The BPM Festival in Playa Del Carmen, Mexico, Sunburn in Asia, Chasing Summer in Fort Calgary, Canada, Zoukout in Sentosa Island, Singapore, and Your Paradise on Fiji’s Plantation Island Resort. Each one is just as interesting as they sound while they differ from many American music festivals. With that, Your Shot USA has started pre-registration for 2016! Sign up here.