Meet Oliver Lee and James Carter, the geniuses behind Snakehips.

What started with a few incredible remixes has now skyrocketed into massive collabs with the likes of Chance the Rapper, Zayn and many more to come.

Snakehips played an afternoon set at day three of Outside Lands in San Francisco. Despite the usual fog that looms over the city, Snakehips’ set brightened up Golden Gate Park and created the perfect daytime dance party filled with good vibes and great music. 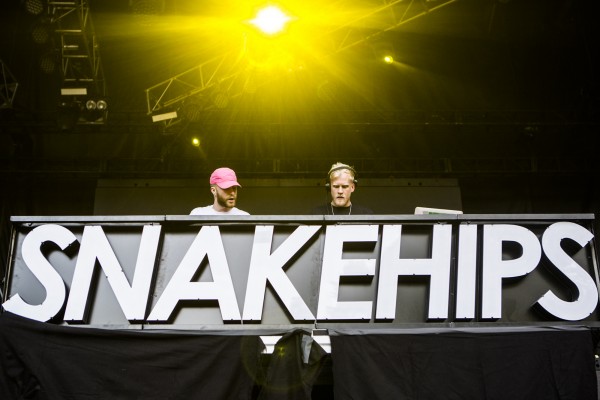 After their set, I met up with Oliver and James and chatted about their fateful meeting, their debut album, and their upcoming performance in Arizona.

Incredible set guys, how have you been liking your time at Outside Lands so far?

Lee: Well, we really haven’t been here long but it’s sunny and hot and we’re going to have a good day.

What sets are you trying to catch later today?

Lee: Yeah, and we’re going to see Chance. I think we’re missing Kehlani right now but we’re going to try to catch the end. There’s a bunch of things.

How was the crowd during your set? How’d you like everyone here in the Bay Area?

Lee: It’s like amazing, this is such a nice place.

Overall how do you think your set went?

Lee: I think it was great, yeah.

Alright and how about a little background on how you two began. I read something about you meeting randomly at a sake bar in Hong Kong, is that true?

Carter: It wasn’t a sake bar. That’s false, someone came up with that.

Lee: Yeah, yeah it was just a bar out in Hong Kong.

Lee: We caught eyes and I was like “Who’s that funny looking man” *laughs*

How did you guys know you had to talk to each other?

Carter: We were just at the bar together. We just got talking and realized we had similar tastes and then a lot of stuff. And then later somehow we ended up on a plane sitting close to each other, and then started talking and decided that when we got to London we’d get back to the studio together.

So you guys had plans to meet after Hong Kong, but randomly ended up on a plane together later on?

Carter: Well yeah, plans were made weren’t they?

Lee: Yeah, but it’s just random that we bumped into each other again.

Lee: It WAS fate.

Where’d you come up with the name Snakehips?

Lee: Yeah well, I used to do this dance that was called “Snakehips” like ages ago. So it was just like a name and then it kind of stuck.

How does the dance go?

Lee: I can’t do it any more! It was just with a pair of jeans I used to have and I would pull them up really high.

Aw man, you should totally try to do it during one of your sets!

Lee: It was funny, it was really funny.

Where do you two normally get your inspiration for music?

Lee: Yeah, listening to music is the main thing. I mean there is so much amazing music around at the moment, it’s so easy to get inspired by it.

Right. Your music has evolved so much since the beginning of Snakehips, now you two are doing huge collabs with Chance the Rapper and you just released a new track with Zayn…

Did you ever expect it to end up this way?

Carter: Not at all. It’s amazing. We’re still like in a dream,

Lee: Yeah I haven’t really thought about it. It is kinda crazy. From like bedroom to this…

So what’s it like working with these huge artists?

Lee: It’s just amazing to be able to get a chance to do something with someone that you really respect, like you’re a fan of in the first place. It’s just incredible to get that opportunity. So, it’s wicked.

Speaking of collabs, any future plans?

Lee: Yeah, nothing we can say, but we got a load of stuff coming out like soon. But yeah, it will be revealed!

Phoenix is really looking forward to seeing you guys perform in September. Is there anything we can expect to see from you out there? 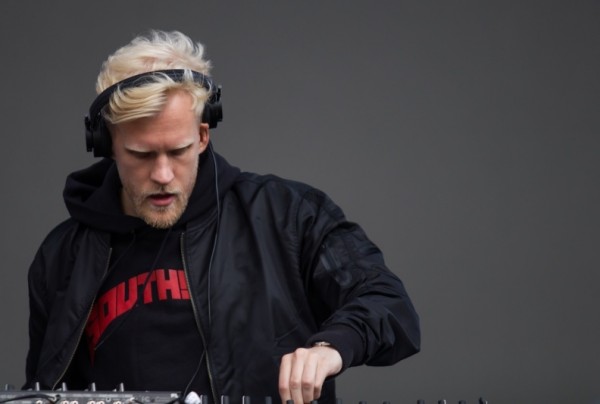 Is this your first performance with Mad Decent?

Carter: No we’ve done a load.

Lee: We’ve done a bunch of things with Mad Decent, but I think it’s the first time we’ve been to Phoenix!

Lee: So yeah we’re looking forward to it, it’s going to be a good time!

Aside from Mad Decent though, do you guys have any big plans for the rest of 2016?

Lee: Yeah and we’re just like touring loads and finishing up our album.

About that debut album… I know you’ve released a few EP’s but not a full length album yet, do you have plans for one?

Do you know when?

Alright cool! And lastly, do you have any advice for aspiring producers that might want to end up exactly where you guys are today?

Lee: Just make loads and loads of beats, and keep doing it. Stick at it and do lots of it.

Do you recommend music school?

Carter: Don’t do it!

Lee: I’ve been to music school and it was like a waste of time. I learned everything myself. I didn’t learn anything valuable.

Carter: You can work stuff out for yourself better than someone can teach you in school.

Lee: Yeah music school is no good for production. For like instruments, it’s amazing.

Anything else for our Arizona readers?

Lee: See you guys in September!

Awesome, well I’m really looking forward to those good vibes for sure.

Lee: It’s going to be good!

Don’t miss Snakehips and all their good vibes at Mad Decent Block Party on September 16th!