DJ Hanzel, a creation from the hilarious mind of Dillon Francis, started as a joke on social media in 2013. After the overwhelming response from fans, however, DJ Hanzel has become the real deal! Alter Ego DJs are on the rise as they allow artists to play with new sounds without confusing their fans. DJ Hanzel is Dillon’s way of diving into the deeper sounds, or as his German character, clad in black says, “von deeper”.

Since his debut, DJ Hanzel’s live performances have been few and far between, including appearances at Mad Decent Boat Party, Imagine Music Festival, and most recently he hit the Mixmag LAB LA to do a B2B set with Drezo.

He’s put out a few tracks already, including the DJ Hanzel and Drezo remix of “Need You” and an original “Anxiety”. DJ Hanzel announced recently that he will be headlining his first show! Fittingly, the show is called “One Deeper” and will take place on December 22 at The Exchange LA with Phantoms, a familiar face to his Snapchat fans, as a special guest. 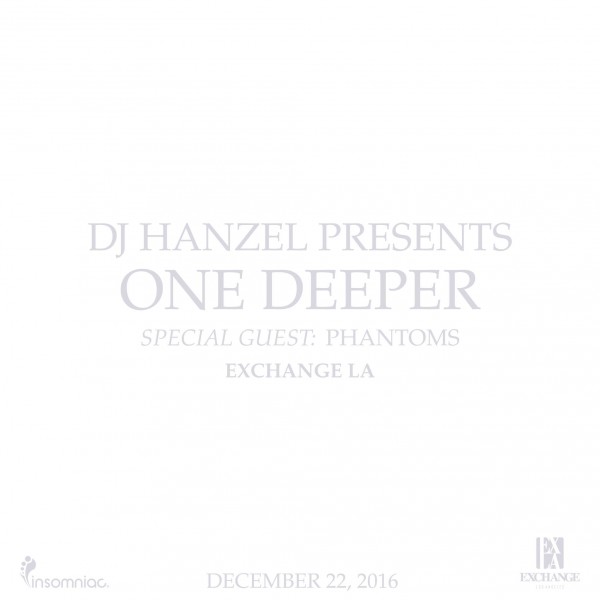 This is surely the beginning of something great. There’s a limited amount of tickets available here. Considering all he’s been up to lately we expect this one to get real deep.