RB Exclusive Interview: Lost in the Sauce with Spag Heddy

Before coming to America and making a name for himself, Spag Heddy had some troubles getting recognized for his unique sound. It wasn’t until SKisM took notice, hit him up on Skype, and selected his track with Fetch, “Spooks” for his Never Say Die Black Label.

“Ever since I listened to dubstep, Never Say Die has been one of my main sources for good music. So needless to say, NSD pretty much IS dubstep to me. Being on the label is one of the biggest achievements of my music life. It feels a bit like Iʼve come home after a long trip.” 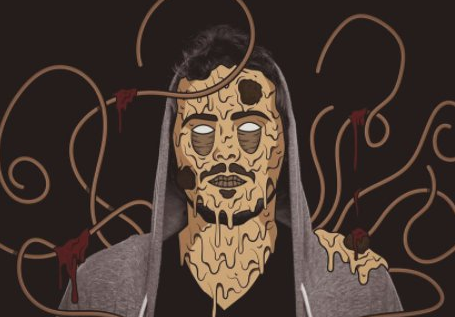 Recently, Spag Heddy made a stop at the Monarch Theatre in Phoenix on the Never Say Die tour. The tour featured fellow Never Say Die bros Eptic and Must Die!. Monarch got buck, for all three of them threw down some of today’s freshest bass tracks.

“All the NSD guys are the nicest and funniest people youʼll ever meet. They throw down like crazy, so playing alongside them is quite a task haha.”

Since dubstep is the latest craze here in the states, Spag Heddy has been a rising success. This past month was Spag Heddy’s first performance at the Electric Daisy Carnival. Even though his set was in the early afternoon, tons of people showed up ready for some tomato bass.

“EDC Orlando was magical. It felt truly special to have so many people come out already to a 1.50 pm timeslot. Next to that, Insomniac was on point with the whole look of the festival with giant stages, screens, flames, dancers, actors etc. to make you feel like you stepped in a different world.”

According to Spag, touring in America is very different than touring in his home country of Spain. Unless you’re a well recognized name, it’s hard to bring in a crowd. It wasn’t until Spag Heddy signed with his American manager that his name became well rehearsed in the bass scene.

“As soon as I signed with my manager, we started looking for US shows. It was hard finding an agency that wanted to put effort in me, but then we got hit up by Spin Artist Agency. They had an impressive house/trance roster but no dubstep, so it was a bit of a gamble, but as soon as we started working together it proved to be the right choice. They have done an amazing job for me this year..”

Since then, Spag Heddy has been engaged in plenty of large-scale music festivals including Escape: Psycho Circus, EDC Orlando, Life is Beautiful, Big Dub Festival, Toxic Summer, and more. For 2017, expect Spag’s name to be spotted upon lineups all over North America.

Along with playing major events, Spag has released some of the best headbanger tunes of the year. His remix of the Chainsmoker’s “Don’t Let Me Down” has been thrown in artist’s sets all across the board. After a successful 2016, one can be sure this upcoming year will contain all sorts of new recognition for the tomato bass lead.