Hosted down in Tucson, Arizona, Gem & Jam Festival is having it’s 11th annual gathering from February 3 to February 5, 2017. Infinite Music, Euphonic Conceptions, & Challenger are combining efforts to present the largest showcase of this event at their new location of the Pima Fairgrounds. Live painting, performances, and exquisite vendors from around the U.S. will make Gem & Jam stand out in comparison to other events. 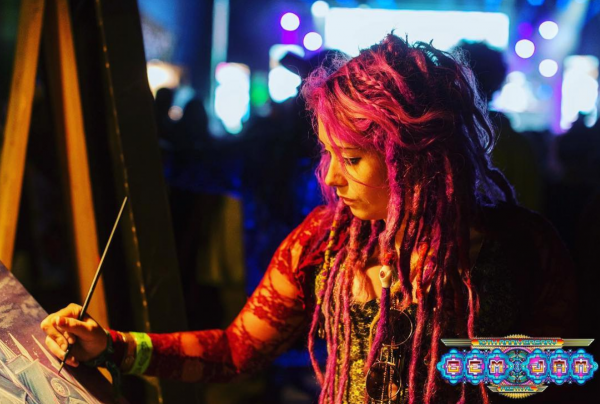 On day one, everyone gets settled in and gets to know each other. Painters set up their blank canvases and get started on their next masterpiece with hopes of completion by day three. Gem & Jam gives fans of specific artists the opportunity to meet, greet, and speak to the ones who have created the work they are so fond of. Each artist begins a piece on day one then continues to paint during the festival. Once day three comes to an end, walk around the grounds to see the pieces of art that have been finished and perfected. 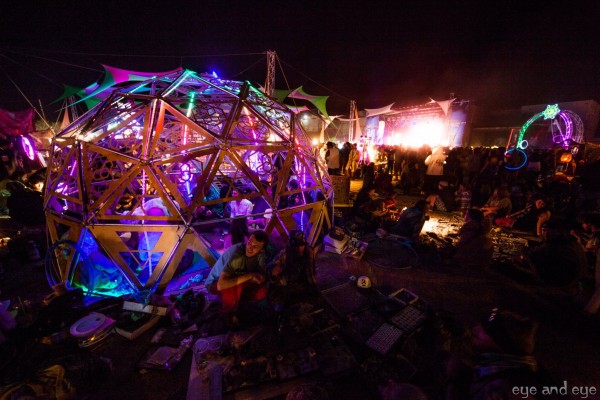 This year, Gem & Jam has moved to a larger location to supplement the growing size of attendees. The Pima Fairgrounds, just north of Tucson, will allow the festival to continue growing and welcome more to come join the party. Plus, it’s only the second year with camping options available, but the benefits of staying on site allow you to invest yourself in the event for the whole weekend. 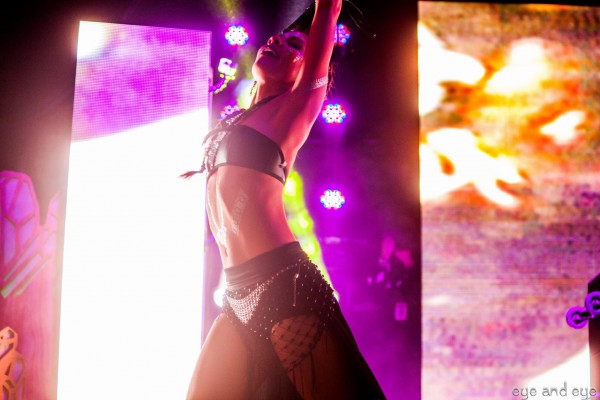 Traveling off the grounds is also a good idea because the Tucson Gem Show is taking place during the the festival. For two weeks, Tucson is jam packed with some of the largest gem hustlers in the world. People come from Australia, Brazil, China, and just about everywhere else with mass amounts of precious stone and gems on sale for cheap. The idea of Gem & Jam Festival spurred from the original gem show, so checking it out is a must.

In addition to all of the gem show and artwork, the lineup is also off the chain. Gramatik, The Floozies, EOTO, G Jones, The New Deal, Thriftworks, and The Funk Hunters are just some of the artists making their way down to Tucson for the weekend. The combination of electronic, instrumentals, and vocals from all of these musicians will further your love for live music. 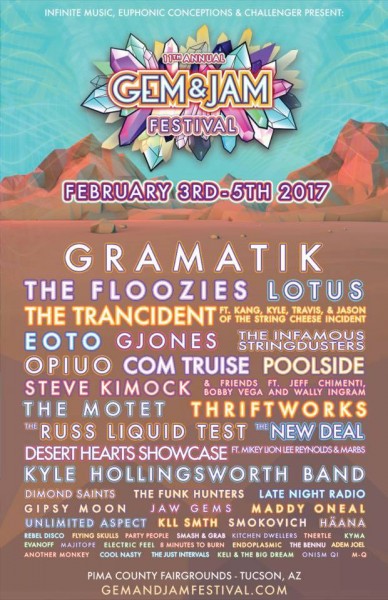 In February, the amount of talent distributed throughout the Pima Fairgrounds will be endless. Join us and bask in the positive energy brought by the performers and your fellow Gem & Jam attendees. Build yourself as you witness others build their work during this three day exposition.