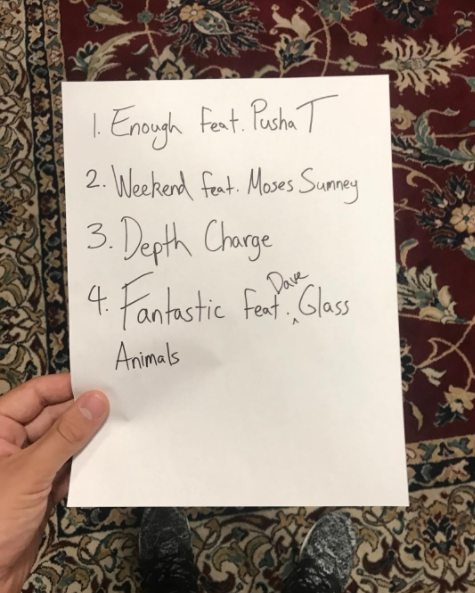 Next thing I knew, I was listening to the EP release on Spotify, and the collabs are wild.

In May 2016, Flume blessed us with his second studio album, Skin, featuring collaborations with artists like Tove Lo, AlunaGeorge, and Beck. Since then, he’s released two extended plays: Skin Companion EP I in November 2016 and most recently, the bad boy he teased in his Insta, Skin Companion EP II.

“I think it’s kinda the end of the Skin campaign and it’s a nice way to end it because it’s instrumental stuff, theres some vocal collabs,” Flume said of release.

Flume worked with Pusha T, Moses Sumney, and Dave Bayley (of Glass Animals) to build these 16 minutes of bangers to get us through the last chunk of winter. Listen below:

These songs go from aggressive to vibey-atmospheric and back. I personally can’t get over “Fantastic” – if Myspace was still a thing it would for sure be my profile song, if that gives you any idea of the volume of my obsession. Most recently, Flume took home Best Dance/Electronic Album at this year’s Grammys for Skin *round of applause*. I’ve had heart eyes for Flume since “Drop the Game,” and this EP really drove it all home.