RB Exclusive Interview: How Bro Safari Continues to EVOLve as a Musician

This past weekend, the second annual BOO! AZ was held at Rawhide. One artist on the lineup, in particular, Bro Safari, had the crowd going off. With many diversions of music, it’s obvious Bro Safari is well versed in what the people want, so we sat down for an interview before his set. Check it out!

You’ve recently started your ‘Collisions’ tour, how has that been going for you? What makes this tour special?

So far it’s been really good. The venues have been a bit smaller and it’s great.

Was that the plan, to do more close-knit shows?

Well, we had tonight you know, which is much bigger, but it’s a little bit of both.

A couple months ago you posted a throwback photo from 1997 of yourself with a guitar. Where did your music career start?

Punk music. I started playing guitar when I was in fifth or sixth grade. My sister was into punk rock, so she exposed me to all this stuff pretty early on. 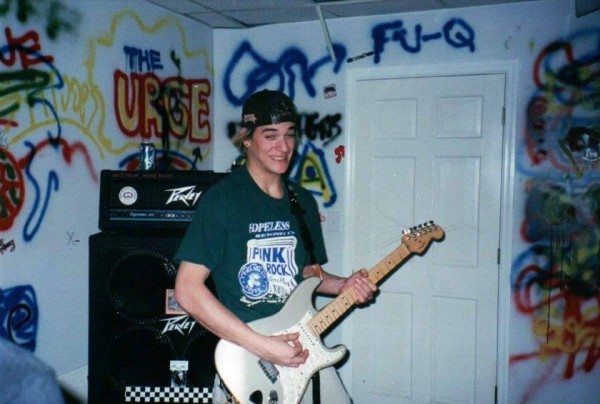 Who were your biggest influences in the punk rock scene?

The first cassette tape I ever bought what Dead Kennedys, ‘Give Me Convenience Or Give Me Death,’ and I remember buying it with my sister. My mom saw the cassette cover and she was like, “no you have to return that,” and I returned it for a Guns N’ Roses tape or something which was way worse! After that, or maybe even before that, Dead Kennedys and then 2 Live Crew.

How did you making punk rock music transition into a career producing electronic music?

Well, middle school was me learning to play guitar and how to play with a group of people. In high school I played in a few more bands and then when I went to college the band broke up. I was on my own and I went to a rave and I just fell into it. I didn’t have anyone to play with in terms of a band where I was living at the time, so it just made sense. I made friends with this guy, Gigantor, still a good friend ‘til this day, and he kind of showed me the ropes and how to produce music on a computer because I had no idea.

What was your first showcase of you doing electronic?

I was living in Tuscaloosa, Alabama so it was me and a very small group of people DJing, trying to make music, so we just threw our own shows of about twenty people for a good year or two.

How did that start to become what it is today?

Gigantor, the guy I mentioned, him and this other friend of mine, AJ, we formed a drum n’ bass group called Evol Intent and we would drive to Atlanta to buy records and we would make friends there. We moved to Atlanta and it slowly spread. We would take a gig that didn’t pay any money in New York, drive 16 hours to get there, and then drive home just because we got to play in New York and hand 200 CDs out. It was very organic. It was before people could use the Internet.

I’m sure I had a lot of fun Halloween memories in college, but I surely don’t remember those. *laughs* I will say though, I have a son and he’s now just gotten to the age when all year he’s ready for Halloween, so I’m excited about this one. 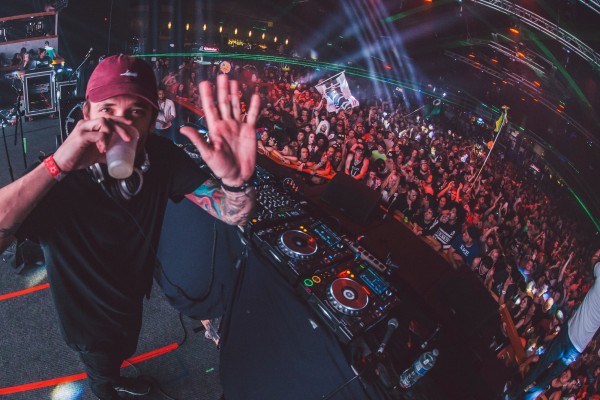 What can we expect from Bro Safari in the future?

After the tour, I’m just going to focus on music for quite a while. Next year, I have ambitions to release a few different bodies of music. UFO and I are going to work together on multiple projects, and we’re just going to stop trying to figure out what it is and just do it and let things come together naturally. We’ve already been working on a lot of stuff and it’s really cool and exciting. That’s the main thing for me right now is feeling confident and excited in the studio.

I think that’s a really good idea. Sometimes people get distracted by, ‘oh what should we make it’ by trying to categorize it instead of just going in and doing it. A lot of artists are distracted by that.

Yeah, right, just drop it. Just start and don’t fight it, you know.

That is something I have struggled with and come to terms with over the last couple of years, getting branded as being this specific thing and knowing that is not what I want to be, but kind of just rolling with it because I don’t hate it. I’m conscious of the fact that I’ve got to start moving away from it a little bit but still kind of remain true to what got me to where I’m at. It’s just natural evolution.

It shouldn’t be a question. Just do whatever you want to do. I mean I definitely had a point about a year or two ago where I was kind of, not scared to work on something else, but I wouldn’t bother because I knew it was going to get shut down by somebody between me and getting released. I don’t know, sometimes you feel like you lose control as you’re in this cycle of DJing, traveling, and being at home for a few days, having a family, everything becomes kind of a blur. You can feel like you can lose control sometimes. I feel like I have taken control back, and I’m confident.

That confidence showed throughout his set at BOO! AZ and we can’t wait to see where that confidence takes Bro Safari. With mention of new projects in the works, make sure to keep an eye out to see what his forthcoming work will entail.