RB Exclusive Interview: Black Tiger Sex Machine – Reflecting on the Past & Preparing for the Future

In 2017, Black Tiger Sex Machine wrapped up two tours of their own and landed their name on major festivals around the continent, including Electric Forest, Paradiso, EDC, Lost Lands, Summer Set, and one of their home country’s biggest bangers, Shambhala Music Festival. The three boys from Montréal have been working hard to establish themselves in the industry, with good reason at that. In addition to all of the music you’ll hear within their live sets, the rest of their production is controlled by them while on stage, from the lights above your head to the ones within their helmets. So, after traveling most of the year, their fan base continues to grow tremendously as more and more people consider themselves members of their “church.” 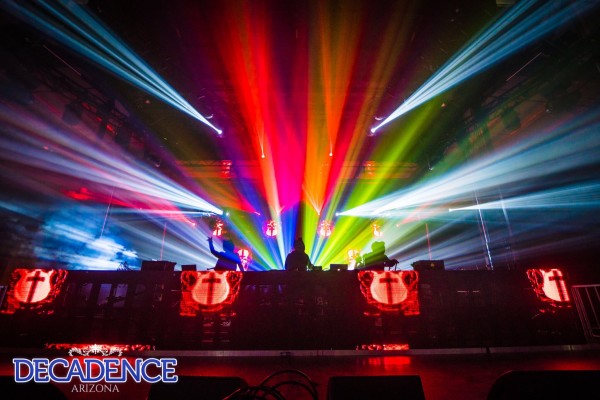 Pat: I think EDC was pretty huge, getting to play there after it was one of the festivals we wanted to play for so long. We got to play on a crazy stage, it was hot as hell, and thankfully the set went super well. It was nuts. It really put us on a different level, especially out west.

Julien: We also played Shambhala this year, which is an edm festival we’ve always wanted to play. We went back to Electric Forest and we brought our stage there. We did EDC. We played Paradiso for the first time. Decadence Arizona! All and all, it’s been crazy, and I think the big highlight for us, our tour, in general. We had two tours, the Music Is Our Religion Tour in the beginning of the year then we did the Midnight Terror Tour with a lot of the guys from Kannibalen, Sullivan King, Kai Wachi, Dabin. We sold out these venues we always wanted to play, Skyway Theatre in Minneapolis. We are blown away by how big it is becoming, and we’ve always treated our fans really well and they’re giving it back to us right now x10 so it’s great. 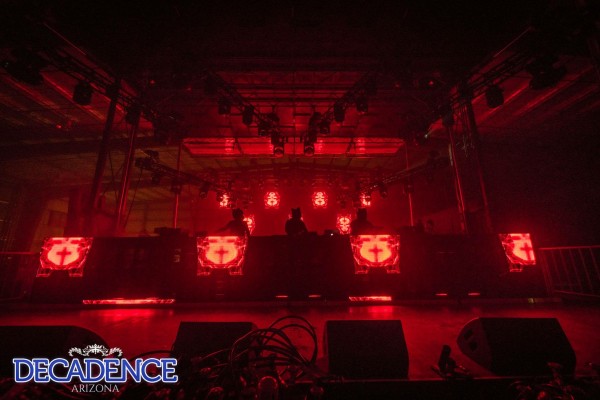 What was your biggest challenge of 2017?

Pat: Well, Julien mentioned the two tours. They were our first tours where we brought our own production and had more staff and more logistical aspects of handling that. You know, being on the road with guys like this gentleman here [Xavier, tour manager], but it turned out awesome. We’re very lucky to work with some great people.

Julien: Xavier is one of the guys that helped us get all of this to second gear.

Pat: I just made that up.

Julien: We work with a company out of Montréal, ISM, and we have a great team on the road. Also, all the guys from Kannibalen that tour with us. They’re amazing. Overall, I’d say we’re well surrounded right now. We also have a really good team back at the office in Montréal that are helping us.

One of your latest releases, “Lions,” is a masterpiece. How did you guys get linked up with YOOKiE?

Marc: They’ve released on the label probably three times so far. They started with a remix and then did two singles. They just dropped a single about a week and a half ago. We were talking about how we should do something and then they sent Julien some stuff and he started playing with it and then Pat went in and did his thing. The result is just awesome. Fans have been receiving it super well.

Julien: Zeds Dead has been dropping it a lot now, so that’s cool.

Julien: I think it will grow old really well and with the album release, it’s a single off the album, I think it’s really going to pick up even more.

Marc: I had a Brooklyn warehouse rave night with them randomly with all their friends and every character out of a New York movie was there. It was hilarious. 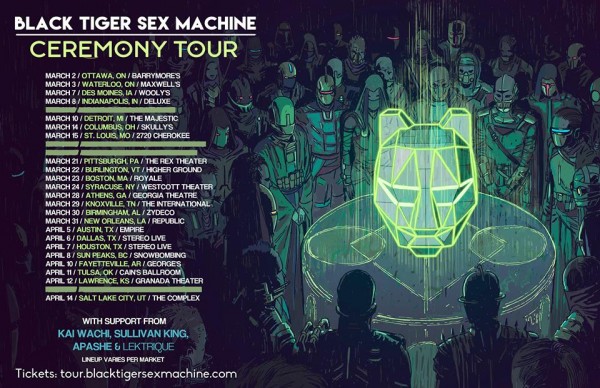 Marc: We just opened three studios so we’re doing the finishing touches for that.

Pat: In Montréal, it’s one office with all three studios.

Marc: The staff is there, a conference room, and all three studios. It’s really cool. We’re doing everything out of Montréal.

Julien: It’s a really vibrant city and there’s a lot of artists, especially where we’re based.

Catch Black Tiger Sex Machine as they get ready to head out on their ‘Ceremony’ tour. The boys will be hitting many corners of the continent with support from fellow Kannibalen artists Kai Wachi, Sullivan King, Apashe, & Lektrique. Check here to find them in a city near you.