We’ve got a weekend full of musical manipulation on the way with Blake Webber hitting Cabin in Tempe on Thursday and a double dose of REZZ, playing in Tucson and again in Phoenix with EPROM on Friday. Saturday we’re heading back to Cabin and welcoming TV star Andy Milonakis and downtown we’ll have Slushii at Monarch. 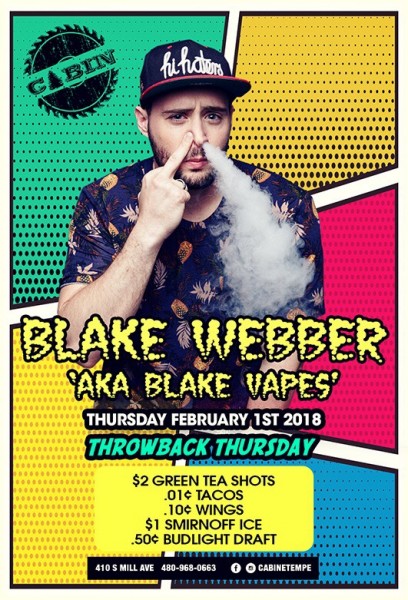 This Throwback Thursday we’re heading to Cabin. Not just because of their killer food and drink deals (you can’t beat .01 tacos, .10 wings, and .50 Budlight drafts) but for Blake Webber, aka Blake Vapes. Blake Vapes is a youtube personality with over 20 thousand subscribers. Based on his name you can probably guess what he specializes in. Grab your squad, your vape, and head to Cabin this week! 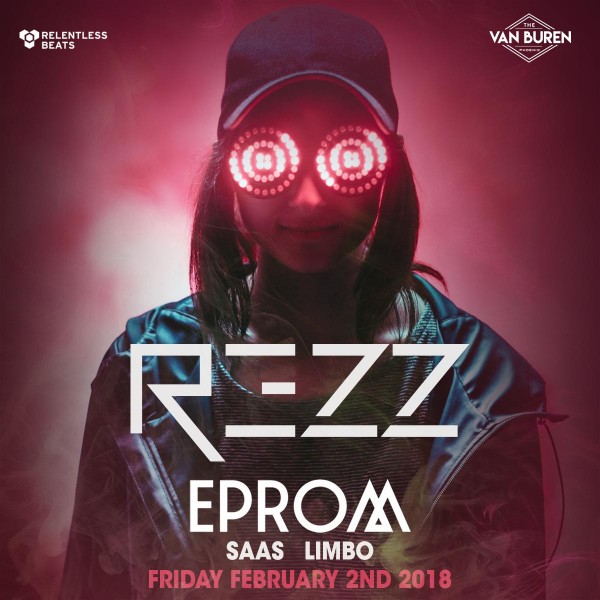 Canadian-born DJ Isabelle Rezazadeh, better known as REZZ, has been taking the world by storm lately with her iconic swirly glasses and static bass sound. In just this past year, the producer released her first LP, Mass Manipulation, embarked on her first world tour, and played some major festivals, including EDC Las Vegas, Electric Zoo, Lost Lands, and right here in the valley at the first-ever Goldrush. In addition to all of those accomplishments, she was recently announced Billboard Dance’s Breakout Artist of 2017. It’s no surprise this talented artist has been making some serious waves in such a short span of time. REZZ delivers a unique, entrancing sound, which can best be experienced at one of her live shows.

Joining her for the Phoenix show will be EPROM, Known for his diverse, funky and energetic sets, which cross the lines between live remixing and manipulation of hip-hop and dubstep with his own obscenely bass-heavy neurocrunk transmissions. EPROM has played alongside artists like Flying Lotus, The Glitch Mob, Skream, and many others. He’s worked with internationally renowned MCs and has slated multiple vinyl releases. With his deep and peculiar sound, EPROM has naturally separated himself from the average bass musician. 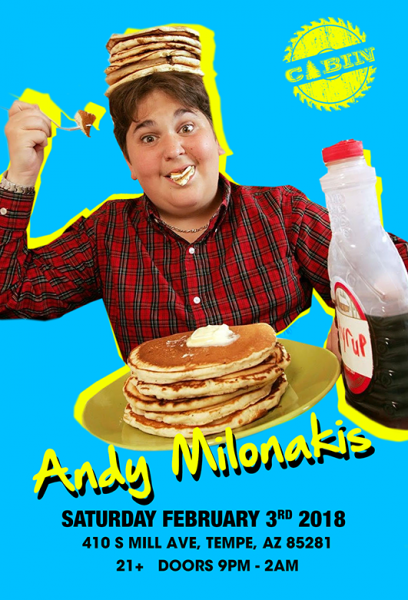 You probably remember Andy Milonakis from his hit show The Andy Milonakis Show on MTV and MTV2. He’s an actor, writer, rapper, streamer, and comedian who first got his start in 2003 after his video”The Super Bowl is Gay” went viral. In 2013, he began a recurring role as Roman Armond on the Comedy Central sketch Kroll Show and he is often seen working with Riff Raff and Simon Rex as part of hip-hop group Three Loco. You can catch him this Saturday at Cabin Tempe. 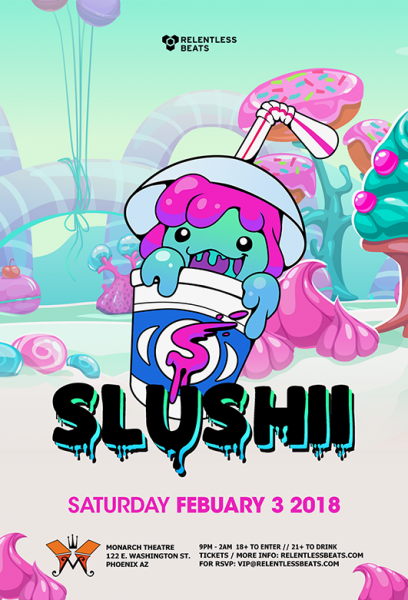 Slushii, born Julian Scanlan, was born and raised in New Jersey and has been surprising us with his insanely hard, even gut-wrenching emotional tracks since he first released “Emptiness” and then “Brain Freeze” in 2016. His fluctuating sound will leave some confused in the best ways as his melodic elements get tangled up and drop into some of the heaviest sounds around.