The electronic group The Glitch Mob, made up of edIT (Edward Ma), Boreta (Justin Boreta), and Ooah (Josh Mayer), have been at the forefront of the scene since their start in the mid-2000s. Back in 2014, the group started touring with a musical element called “The Blade,” a customized, painted set piece built by movie set designers for housing both lights and instruments. Well it’s now 2018, and the Glitch Mob has just announced another world tour featuring “The Blade 2.0, “ a custom stage from the work of pioneering set designer, Martin Phillips, otherwise known as the man behind Daft Punk’s legendary Pyramid on their iconic 2006/2007 Alive tour. Phillips has also worked with big-name artists like Kanye West, Nine Inch Nails, and more. 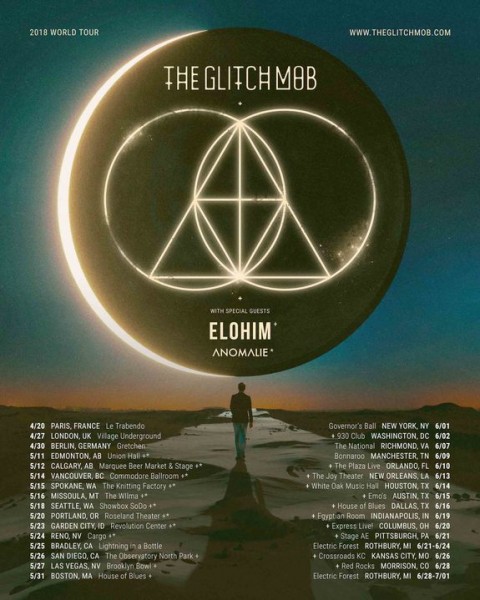 The aim of the custom set design is to break down the wall between The Glitch Mob as performers and the crowd. Everything is flipped from a traditional setup – the crowd can see what the group is playing in real time. “The Blade 2.0” is booth a custom-made instrument and a stage, creating an immersive experience for the audience. Not only will this massive, 36-date 2018 tour incorporate such an original and unique stage experience, but it will be the first tour The Glitch Mob has done since 2014/2015, after which the group took a short hiatus. For fans of The Glitch Mob, this is serious news and it sounds like they are back and fully prepared to put on an epic show.