DVBBS and Blackbear Premier Their New Single ‘IDWK’ at Coachella

Canadian brothers Alex and Christopher van den Hoef, also known as the DJ/Producer duo DVBBS, premiered their new single with Blackbear “IDWK” for the first time ever in front of Blackbear’s Coachella crowd and livestream. Billboard even went so far as to caption the song as a “breezy, trop-influenced, eminently Top 40-friendly jam” (Billboard Magazine). DVBBS and Blackbear are dropping the single on May 4th so keep your eyes and ears ready for this single! Check out DVBBS and Blackbears recording of them dropping the single HERE. 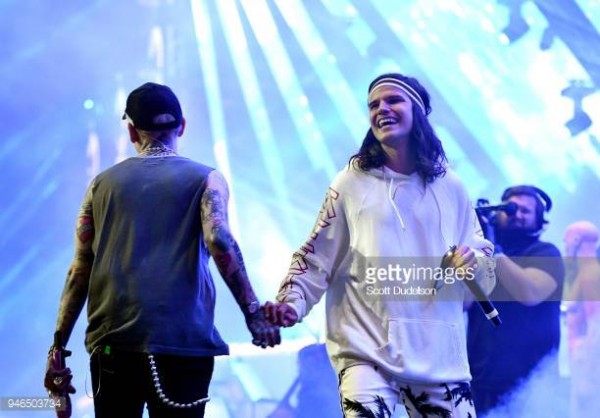 DVBBS, pronounced dubbs, first gained fame in the world of EDM in 2013 with the release of their single Tsunami after the world famous DJ Pete Tong dropped it on his BBC Radio 1 show. Since their rise to fame, DVBBS have collaborated with a variety of artists such as Maritn Garrix, 2 Chainz, Steve Aoki, Juicy J, Nervo, Tinie Tempah, Jasmine Thompson, 24hrs, Belly, GTA, Cisco Adler etc. with whom they have dropped many hit singles such as “Gold Skies” with Martin Garrix, “La La Land”, and their No. 1 breakthrough “Not Going Home.” DVBBS has gone on to play all across the globe at festivals such as Lollapalooza, Tomorrowland, Ultra Music Festival, Electric Daisy Carnival, and Creamfields, and many more. DVBBS will be headlining the iHeart Radio Fan Fest in Toronto a few days after the release of their single “IDWK” and will continue to tour the world for all of 2018.