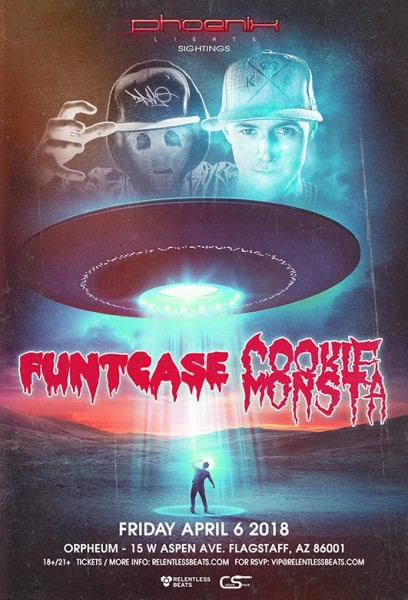 UK dubstep icon FuntCase has been featured on festival lineups around the globe and is known for his massive contributions to the scene. Originally a drum & bass artist, he signed with the legendary label Circus Records back in 2010 and has released countless tunes that have become classics since. He’s arguably one of the UK’s most ruthless and merciless musical exportsDonning his signature mask over the years, he has blown away crowds with heavy sets both solo and b2b with friend and fellow dubstep producer Cookie Monsta who will be joining him in Flagstaff this Friday. UK dubstep master Cookie Monsta is a cheeky bloke with a heavy sound, and interesting perspective. Hailing from Nottingham, Tony Cook transformed into his dubstep alter-ego back in 2008 and began dropping quality tunes that helped shape the sound of dubstep. With initial releases like “Ginger Pubes” and “I Know Jiu-Jitsu,” he signed with Circus Records in 2010 and has continued to move crowds ever since. 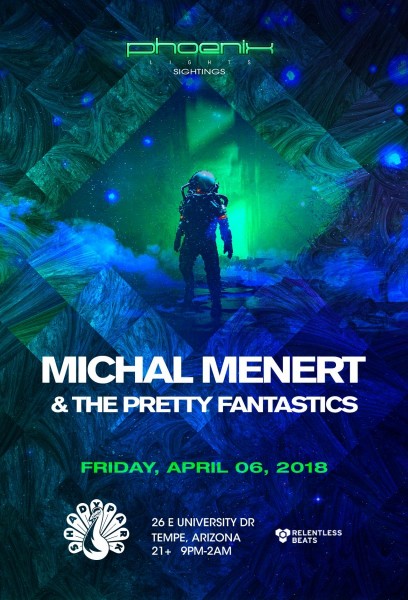 Anchor Bay, California based electronic music artist and producer Michal Menert, draws breath from the world that surrounds him, transmuting daily inspiration into music that is singularly his own. A youth steeped in a broad swath of both Eastern and Western musical traditions gives Menert a deep palate from which to draw; his passion for original analog sounds coupled with a vast knowledge of music history has given him a unique ability to pull from the global creative canon with ease. A multi-instrumentalist, he incorporates live guitar and keys into his final production for a full sound and rich feel. Calming as the chorus of crashing waves and as innovative as they come, Michael Menert and his 7-piece band [The Pretty Fantastics] are headed to Shady Park this Saturday. Get acquainted with his effervescent sound of Menert & The Pretty Fantastics with 5 of his best mood-setting tracks. 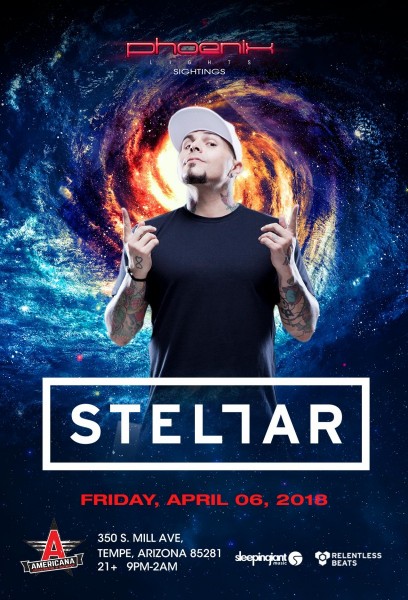 Las Vegas resident DJ/Producer Dave Stellar has made much more than a footprint in the Nevada desert sand. Since moving from Los Angeles to Las Vegas six years ago, he has created a Stellar brand that has dispersed throughout Sin City and beyond. Hard work and perseverance has brought Stellar to do what he was born to do; And man, do we love him for it. His hard-hitting progressive style will get any club-goer to tear it up on the dance floor and immerse themselves in the power of EDM. 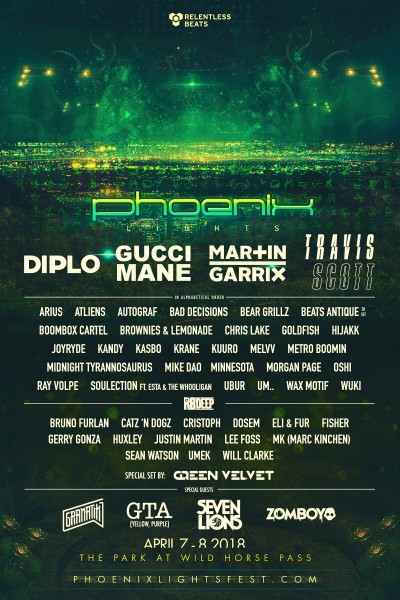 Phoenix Lights returns this weekend with one of our biggest lineups to date. The festival will be returning for the fourth year, and this time the transmission (and lineup) is bigger than ever. Thousands of music fans will invade our newly built landing ground, curated specifically for this festival, for two days of musical entertainment. We’ve invited some of the best talents across the globe to join us. With 40+ acts, there’s something for all our extraterrestrial attendees to take in. Don’t miss it; grab your last minute tickets here. 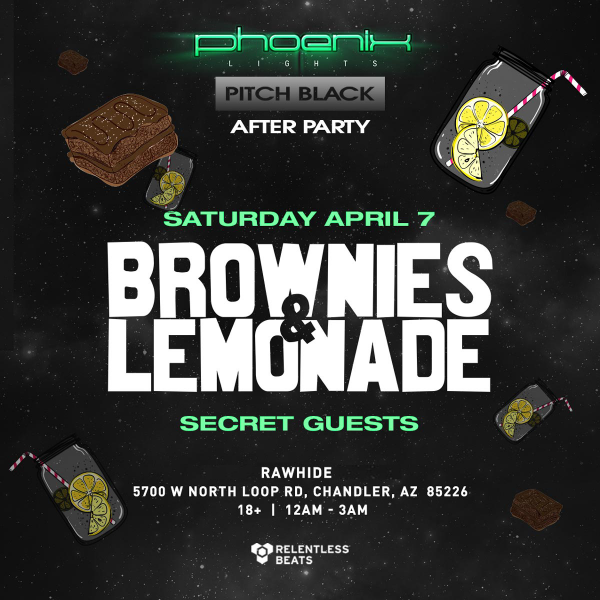 If 12 hours of music isn’t enough for you, be sure to check out the Brownies & Lemonade after party! You never know who may show up.. Before the B&L brand was huge, the creators, Kush Fernando and Jose Guzman, were roommates at UCLA looking to do something other than going to a frat party or partaking in the neighborhood bar scene. They started out throwing parties in their apartment, pitching in for kegs, and making burn CDs of music. Later they’d transition to warehouses and then to LA clubs where they took risks on relatively unknown artists at the time, yet more widely known artists now, such as Louis the Child, Whethan, Sam Gallaitry, and Jai Wolf. Now you can catch them throwing shows at 1000+ venues and curating stages at huge music festivals. Despite the growth of the brand, nothing has really changed. Kush and Jose seem like the same dudes they’ve always been, lovers of music who curate and produce dope events. As Fernando put it in LA Weekly, Brownies and Lemonade parties continue to be “a great place to discover new music with other avid listeners who enjoy dancing their asses off.” Get tickets to the after party of the year here.