Yes, you read it right – indie electronic artist Elohim recently dropped a second self-titled “debut” album. Her first album, Elohim (2016), contains ten tracks and premiered Elohim as a professional music producer. It’s interesting that she has also titled this album simply Elohim, and also declared it her “debut album” on Instagram. While Elohim herself is still alluring in her ambiguity, she was a complete mystery during her album’s first release, with an eery animal mask being the center of the album’s artwork. The new album’s cover features compromised shards of Elohim seen through broken glass, but her face is at least visible. Perhaps this hint of herself serves as an explanation for a second “debut” album; it could be her debut as herself without the mask to fog her identity. Regardless of her identity, this album is emotive and powerful. 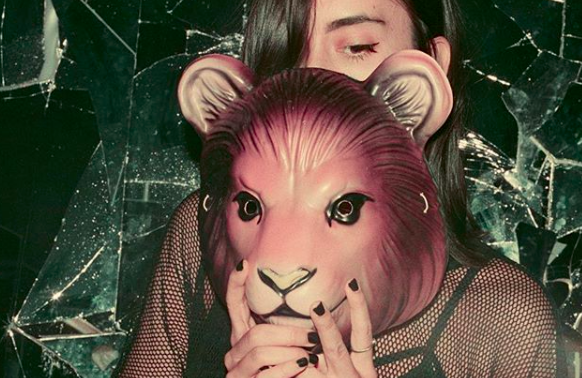 The anthem on this album is definitely “Sleepy Eyes” because of Elohim’s high-pitched voice in the melody and the soul-striking chorus, “We should stay like this forever.” This track had a head start in popularity from when it was first released in 2017 as a collab with Whethan. “Sleepy Eyes,” like the album itself, is a love song. “Panic Attacks,” my personal favorite, is another emotional and heartfelt track. “I can’t move on, I can’t relax, ’cause when you’re gone, panic attacks” is an anxious track, but the melody and voice of Yoshi Flower are lovely and soothing. It’s uncertain whether this is a breakup track or love song, and this makes it bittersweet to listen to.

Elohim’s lyrics are really dark, but the emotions and vibes of the sound she creates are uplifting. “Imagine if I was free from all the self-deprecating disease,”I wish I didn’t feel so insecure,” and “Sometimes I wish I was invisible,” are samples of the sorrowful lyrics that harmonize with Elohim’s silky voice and peaceful synths, which prevents the tracks from dragging into depression and instead soar into a realm of self-acceptance and love. It’s an incredible feat, as is the whole album–an album that certainly pulls off a “debut” announcement.