This Labor Day Weekend we’re bringing you NINE shows. Make the most of your 3-day weekend and join us! First, we’ve got O.T. Genasis at Americana, Brooke Evers at SALT, and Chromeo at The Pressroom. Saturday, Eptic and Kompany hit Monarch Theatre, and Politik takes over SALT. Sunday Funday on a holiday weekend is in full effect with Lee K at Shady Park, Deux at SALT, and Chris Lake with Walker & Royce at The Van Buren. 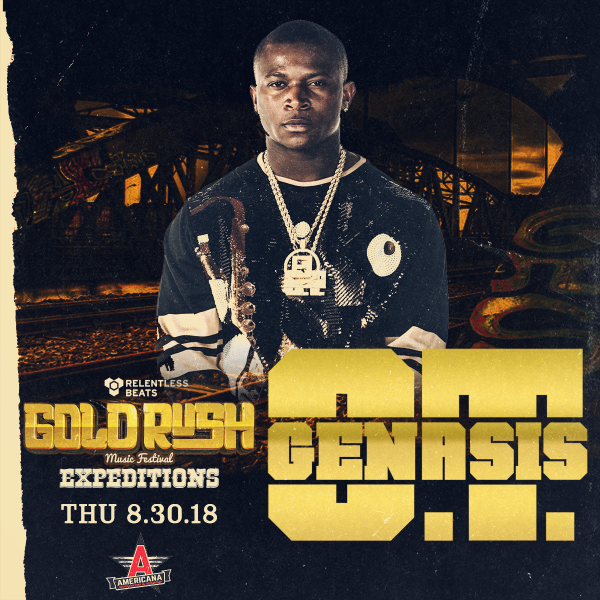 After the release of his 2014 instant hit, “CoCo,” O.T. Genasis has proved that he is more than a one-hit wonder. Far from that, Genasis has been turning out countless party anthems since the start of his career. Odis Flores (Genasis’ birth name) originates from Long Beach, California. He got his start in the LA club scene, where he was recognized by Busta Rhymes for the high energy of his live performances. These days, his memorable lyrics are yelled out by enthusiastic crowds at clubs and festivals across the country. 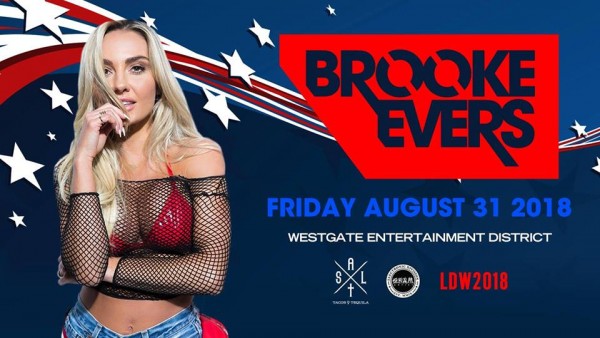 Brooke Evers is an Australian television personality, international model, and DJ. Brooke started to learn how to DJ in 2010 while working in the club scene. She practiced in clubs during the day and became a dancer by night. As a professional dancer, she has worked alongside artists like Bob Sinclar and Boy George, and has stated she developed an understanding of popular music and reading the crowd. She’s worked with and pulls inspiration from artists such as the Stafford Brothers, Timmy Trumpet, DJ Tom Piper, and has developed a style of commercial pop and R&B with electro house. Catch her at Salt this Friday. 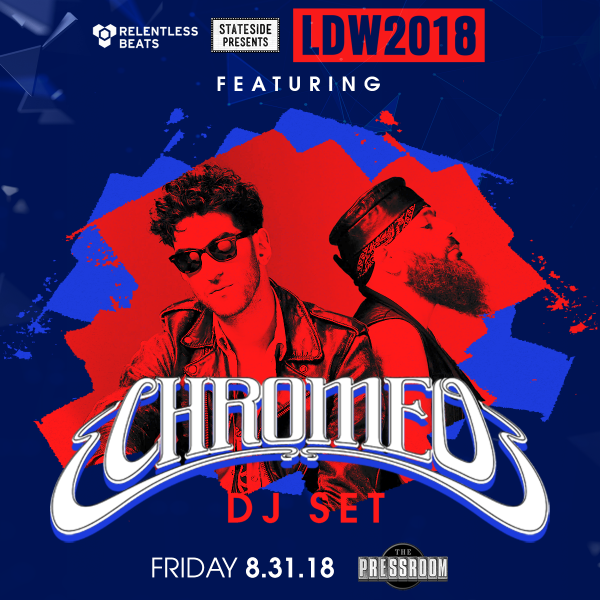 Canadian masters of electro-funk, Chromeo, just released their fifth album Head Over Heels months ago, proving to stand the test of time since their genesis back in 2002. It’s garnered millions of plays since it’s release and has seen much praise while the duo makes their way across the country performing at festivals and clubs alike. Made up of members David Macklovitch and Patrick Gemayel, Chromeo boasts a unique, fun blend of styles, drawing from blues, dance music, rock, synth pop, disco, and funk. 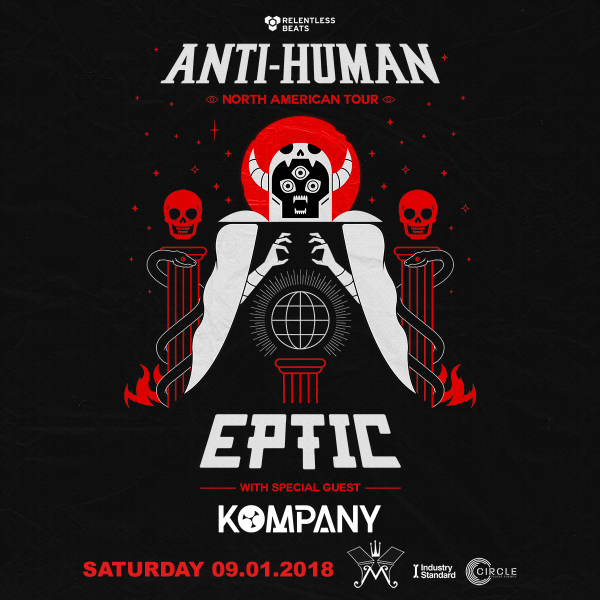 Eptic is a basshead from Belgium that really brings the bass. He’s one of the brightest minds in bass music and a staple on the Never Say Die label. He’s released eight EP’s since his self-titled debut Eptic in 2011, most recently the four-track collection Anti-Human.

If you’re not yet familiar with Kyle Hagberg, a.k.a. Kompany, now’s the time – this bass music producer is rapidly rising to the top with his innovative style and fresh energy. His music has made its way into almost every major dubstep artists’ set as of late as well as made appearances at huge festivals around the globe. After several releases on some of the biggest labels in the game, including Circus Records, Firepower Records, and Never Say Die, Kompany recently dropped an EP, New Reign. 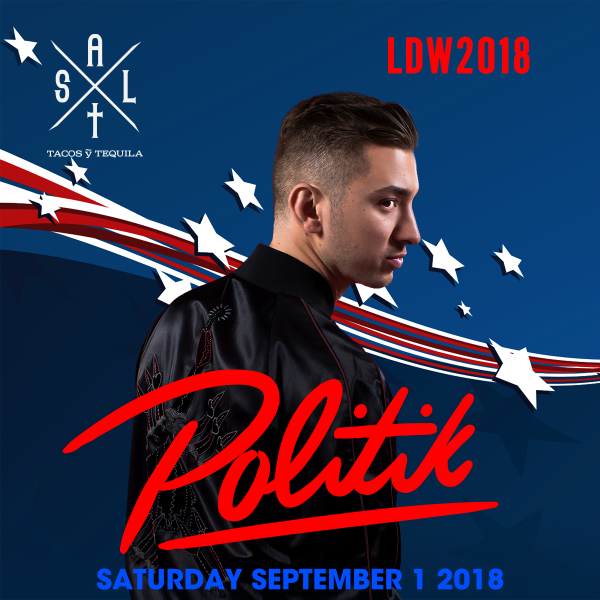 DJ Politik has held residencies in the country’s biggest nightlife destinations; Las Vegas, Miami, New York City, Chicago, Hollywood, and Atlantic City. He’s called upon as an open-format DJ for huge corporations and celebrities all over the world. Some of his recent events include private parties for artists like Usher and P. Diddy. Wherever DJ Politik performs, he always brings a fun and diverse lineup of music. His abilities include perfectly combining house, rock, pop, dance music, and hip-hop into a perfect blend of funk. About his sets, DJ Politik says that he, “likes to keep his sets as clean and crisp as possible, all while keeping the art of DJing alive with scratches, doubles, loops, creative medleys, and strong mic presence.” 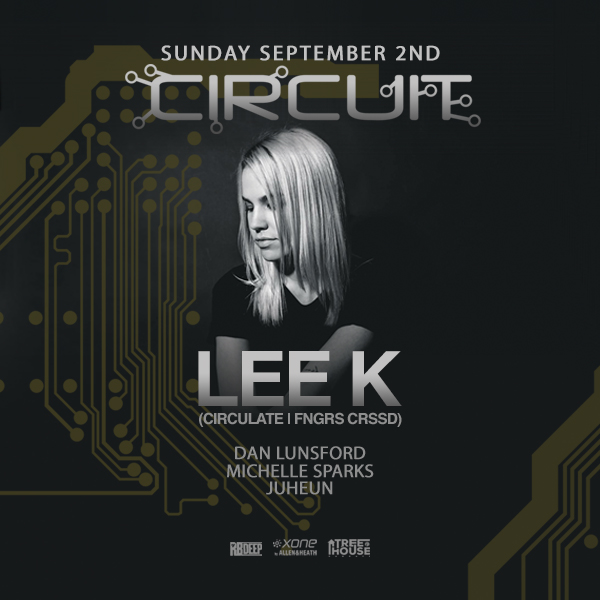 San Diego-based DJ and producer Lee K was first introduced to the electronic music scene as a teenager, where she discovered the magic of rave culture at various events and fell in love with acts like The Prodigy and Aphex Twin. She began DJing shortly after as a fun hobby, and soon friends started asked her to play at their nightclubs. Once her hobby started turning into a career, Lee K landed a residency at San Diego’s Bang Bang, as an opening act on the weekends. Following her residency, she started working with the FNGRS CRSSD brand, working alongside some of the biggest names in Techno and House, including Pete Tong, Victor Calderone, Hobo, Eats Everything, and MK. Today, Lee K is playing major gigs all over the world and has come a long way since her teenage years. 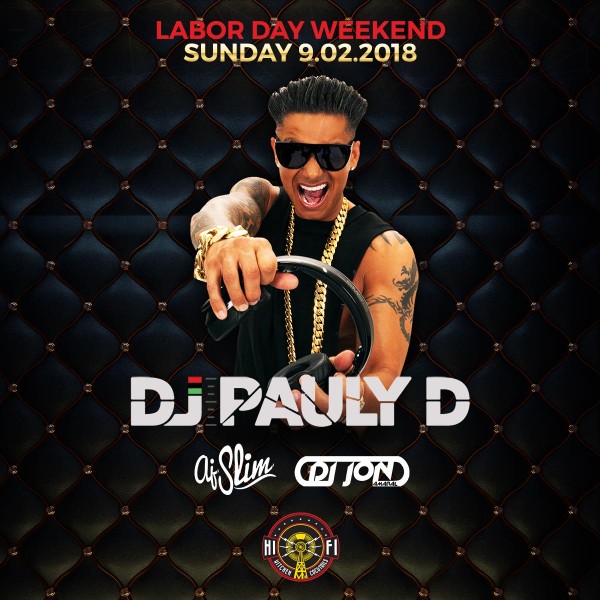 Gym, tanning, laundry! It’s a phrase that flooded the nation after Paul DelVecchio Jr., publicly known as DJ Pauly D coined the term on the hugely popular show Jersey Shore that started in 2009. His exuberant personality and equally exuberant hair won the hearts of the people, and his musical talents behind the decks only continued to solidify his presence in the entertainment world. In 2010, DelVecchio released a single, “Beat Dat Beat (It’s Time To)”. He was also nominated for the “America’s Best DJ” competition in 2010 and 2011. He’s worked with some of the biggest names in the game from Big Sean to  Britney Spears and now he’s bringing all that energy to Scottsdale for one crazy night! 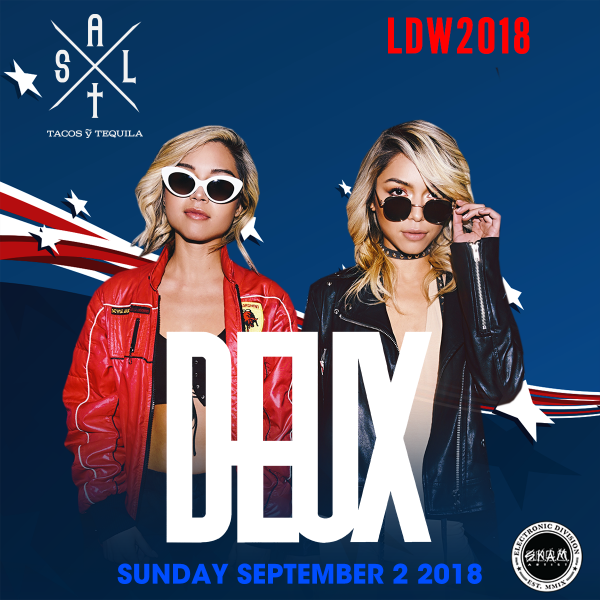 Brigitte and Jaimee Navarrete are identical twin hip-hop music DJs and producers born and raised in Los Angeles. The duo started learning and being introduced to the music industry in early 2010 when they began interning for a pop music producer. In 2012, after learning to mix and DJ, they christened themselves Deux. The twins booked their own studio time and learned from their peers while also working as bottle service waitresses in several nightclubs in Hollywood. Brigitte and Jaimee love not only hip-hop but also hospitality, giving them a unique perspective on the bar and nightlife business. Early in 2015 Deux decided to turn a hobby into a career, and by 2016 they signed to SKAM. The duo would tell you that there is “a DJ Mustard trapped in their 5-foot, 2-inch bodies,” and they describe their sets as all hip-hop and trap music. 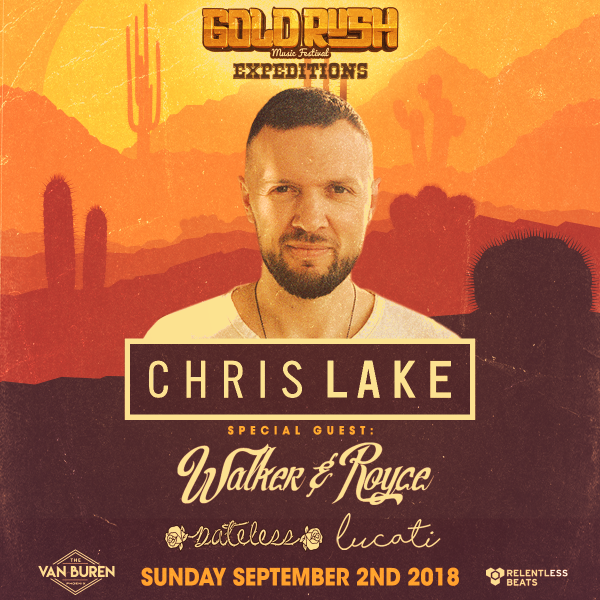 Having recently dropped an EP together, Close Your Eyes, this doubleheader with Chris Lake and Walker & Royce is a guaranteed heater. Chris Lake has been ridiculously busy, bring his crazy house sound to the masses as club shows and festivals such as Electric Forest and EDC Las Vegas, where he played not once but THREE TIMES over the weekend. In addition to that, he just released a project with Destructo, and will be performing at Goldrush Music Festival next month.

Walker & Royce, otherwise known as Sam and Gavin, started producing their groovy deep house music back in 2011 in Brooklyn. With one listen you’ll be dancing the night away to their vibey house beats, begging them, “Take Me To Your Leader.” Since this genre is so saturated with a never-ending list of new talent, it takes a skilled producer to stand out and Walker and Royce and climbed the ranks and proven themselves to be artists on the road to stardom. Their tracks are good for the body and soul.