We know heading back to school can be a bit of a drag, so don’t worry–we’ve got you covered. This weekend’s lineup is massive, giving you plenty of ways to blow off your first-week blues. Friday night we’ve got Gladiator in Tempe, right near main campus for all our students! Meanwhile, Space Yacht featuring Dombresky, Sage Armstrong, and Jace Mek will be downtown at Monarch. Saturday our 2nd Annual Goldrush DJ Competition takes place at Monarch, while LAXX stirs things up in Tucson. Nick Hogan makes an appearance at SALT Saturday night while Supreme Patty shows out at Cabin Tempe. Finally, on Sunday, Oliver Dollar takes over Tempe’s Shady Park. 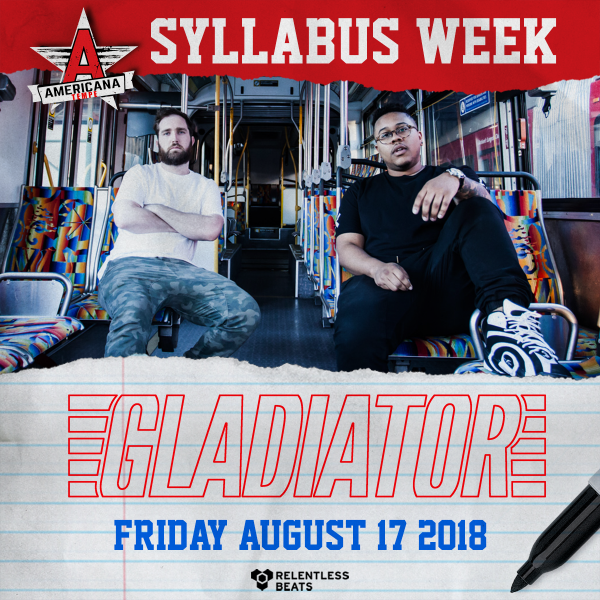 Born out of a passion for DJing, Gladiator was conceived in 2010 by Los Angeles natives Daniel Goodman and Ian Johnson. The duo is known for bringing an irresistible sense of fun and passion to every show with their unique genre-bending sets. After debuting with a series of self-released internet uploads and bootleg remixes, Gladiator joined the A-Trak led label Fool’s Gold and released their first official EP Assembly Line in 2014. Following this release they found the opportunity to make official remixes for the likes of Low Pros & Juvenile’s “Muscle,” Skrillex’s “Dirty Vibe” and Melanie Martinez’s “Soap,” as well as singles such as “Cruise Control” and “Cute” with fellow Fool’s Gold artists Sleepy Tom and Kittens. 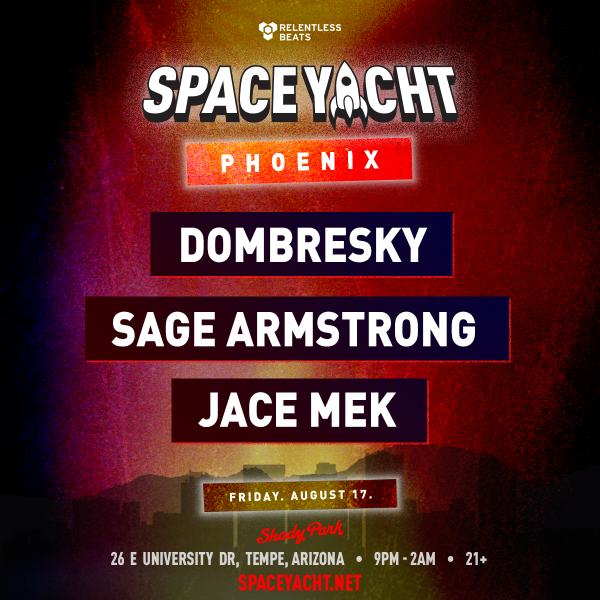 Dombresky, an up and coming producer from Paris, has made his name with his unique style and his finesse, which allowed him to make an official remix for A-Trak’s “We All Fall Down” and a collaboration with Tchami on the track “Freakin” released on his After Life EP. Dombresky continues to impress the house scene with his deep grooves such as his latest track “Antigone” with Habstrakt. He consistently delivers elaborate tracks and an aesthetic musical sound making him a DJ to Watch.

Sage Armstrong began making waves in the house music scene with his debut Dirtybird release “What’s Yo Tempetcha?” He has created his own style by adding unique elements that give off a vibe of bouncy underground beats with original vocals. Sage continues making music with no creative boundaries after receiving support from some of his favorite Dirtybird artists like Justin Martin and the boss man himself, Claude VonStroke.

21-year-old Jace Mek is unconventional, as reflected in his musical exchange. Artists and record labels alike have vocalized the recognizable spirited and vibrant impression Jace Mek tracks give off. Jace Mek covets the opportunity to bring his vision of unconventionality and savage drum patterns to the masses. His affinity towards the electronic genre, House, has led him to where he is now and will only propel him further in hopes of attracting an avant-garde following. Recent months have seen Mek conquer major milestone in his career. Playing EDC LV and sailing the electro waves with Space Yacht, Mek is just scratching the surface of his undoubtedly successful music career. 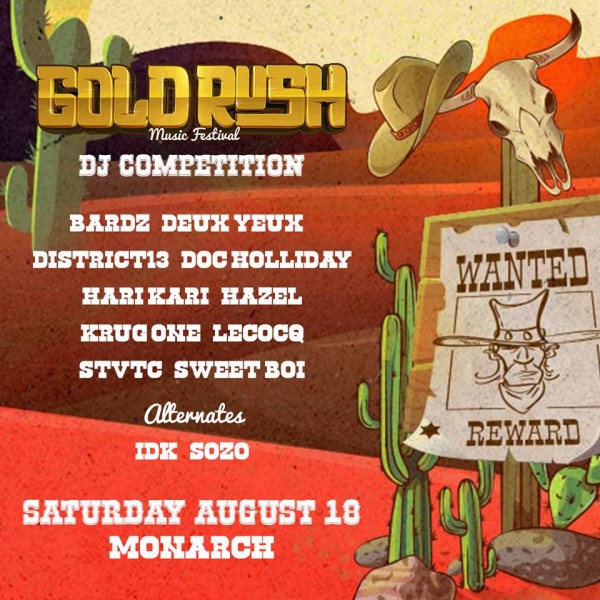 The time of year has come again where the best of the best locals gather downtown for a chance to play at a major upcoming festival! 10 DJs will perform for 15 minutes and be judged on their track selections, DJ booth presence, crowd interaction, crowd response and more. Help our judges decide who you want to see open for Deadmau5, Deorro, Steve Aoki and more this September and come support your local scene! 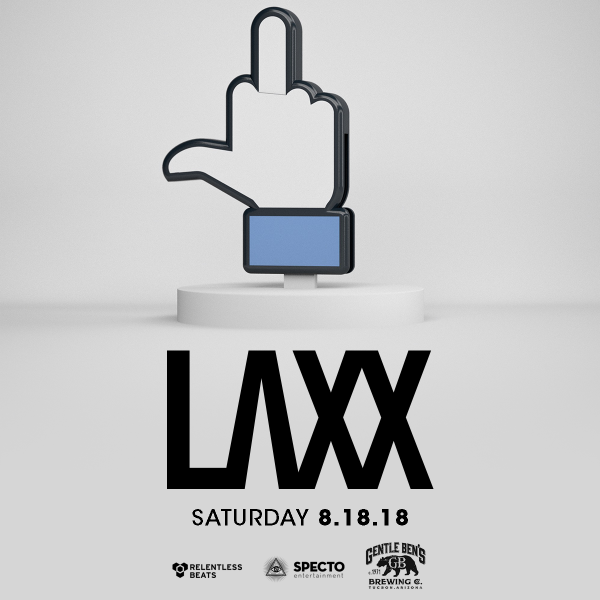 Since stepping up to take the spotlight last year LAXX, born James Churchill, has been widely received as the next hottest thing in electronic music. His multi-dimensional sound is slicing through the dance music, leaving a gap for his unique sound to take center stage. If there was ever a time to watch an artist like LAXX it would be right now. Last month he put out his debut album, Fake Friends, that is considered some of today’s most cutting-edge bass and trap. 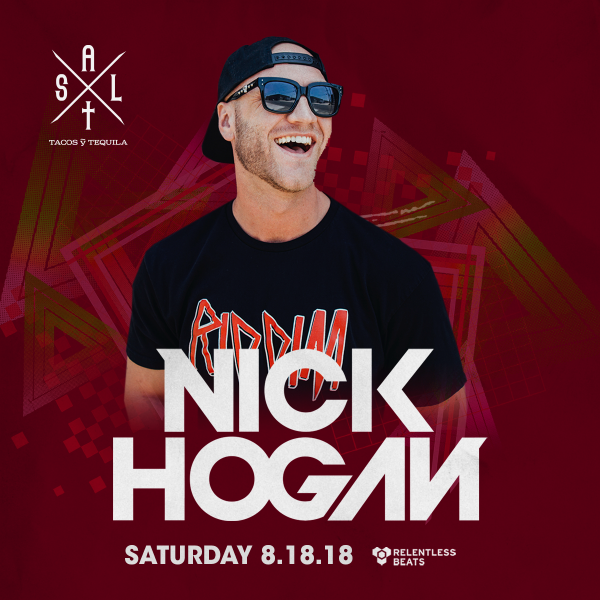 Nick Hogan has been around music his entire life with his father Hulk Hogan playing bass guitar in a band in his twenties and Brooke, his sister, signing pop/R&B music. Naturally, Nick developed a musicality of his own. He started by playing drums and percussion at age eleven and beginning to produce hip-hop beats at age fifteen while watching super producer Scott Storch work in the studio on his sisters sophomore album.  In past years you have seen Nick Hogan in pop culture, starring in his family’s VH1 reality show Hogan Knows Best. The show followed Nick through a professional race car driving career and the rest of the families endeavors. Nick has most recently turned his attention back to production. 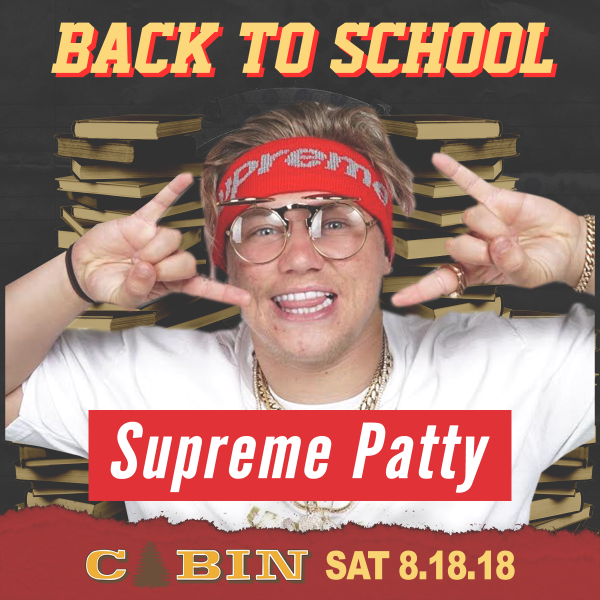 Supreme Patty is a comedian and entertainer on Instagram whose short sketches have earned him 4.9 million followers on the platform. He can best be described as a modern-day version of Johnny Knoxville from MTV’s Jackass. His feed is filled with stunts and skits, most of which put himself in compromising situations — like squeezing lime juice into his eyes and going snowboarding. It’s easy to hate on an attention-seeker like Supreme Patty, but there is a side to him that can be quite endearing. Patty’s not the swaggering type you often find among other Instafamous stars and YouTubers. He’ll show himself in vulnerable situations, like going to the doctor for acne treatment, and in what may be the weirdest display of self-deprecation Patty has dubbed himself “the CEO of the Lil Dick Gang.” 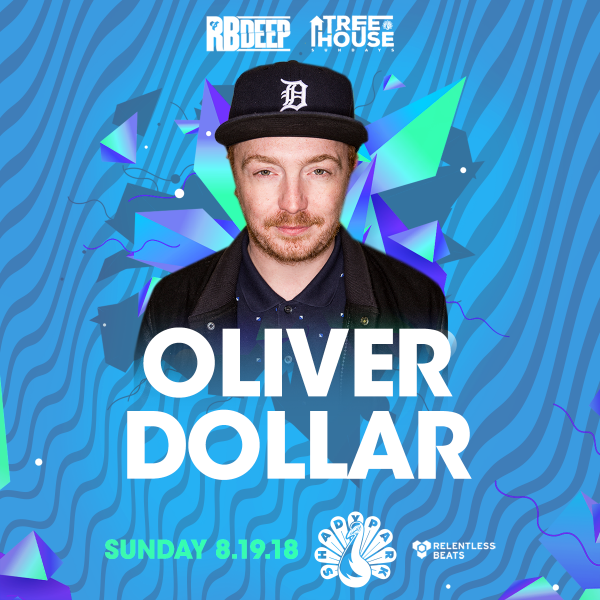 Passionate beat maker and booty shaker Oliver Dollar brings a party wherever he goes. The past few years have seen the star rise to be a recognizable staple within house music. It was 2011 when this Berlin-based producer gained the attention he deserved in the form of his first Beatport #1 “Doin’ Ya Thang.” The track remained at the #1 spot for an astounding 5 weeks and continued to sit in the top ten selling over 40k downloads to date, also topping the Resident Advisor chart. Following the success of his 2017 EP Anotha Gal, and most recently his single “Steeley Damn,” Oliver Dollar is said to be working on a debut album set to release this year.