This weekend will be one for the books. We have some of the greatest talents in the industry bringing the fire to Arizona. First, K?D brings his sound to downtown Phoenix with support from Graves on Friday, while Omnom gets the rooftop of Barsmith poppin’. UZ and Montell2099 hit Monarch Theatre on Saturday and Zhu brings his North American tour downtown on Sunday. 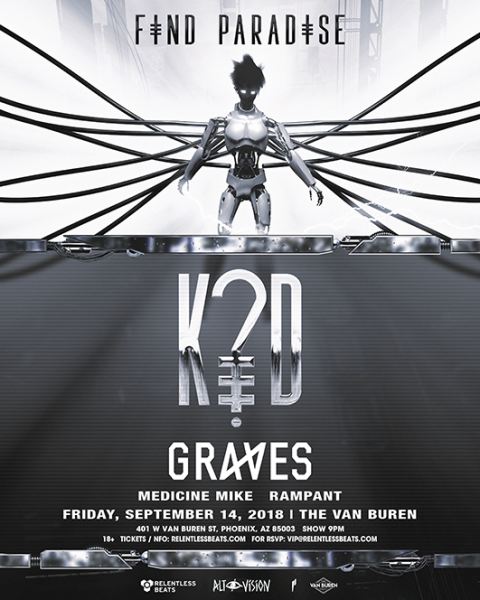 It seems k?d‘s career has launched at twice the rate of other electronic dance music producers in the industry today. His music is eclectic, yet his songs always remain perfectly balanced. He first came onto the scene with his SoundCloud remixes of “Cliffs Edge” by Hayley Kiyoko, and GTA’s “Red Lips,” and as he’s gained popularity is now performing on mainstages around the world. It’s not surprising though, considering his forward-thinking and genre-bending sound. 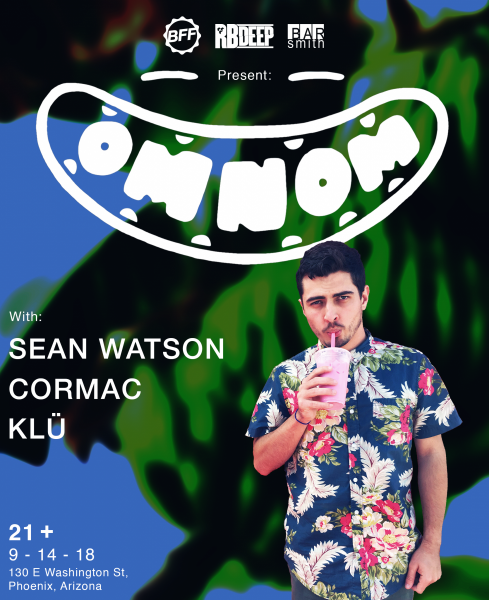 If you’ve been looking for a new artist to shake your booty to, look no further. Omnom, whose real name is Cody Lee, is a San Francisco native that’s been getting people to groove on the dance floor since he first debuted in 2017. He’s produced with several artists since first starting his career, such as Kyle Watson, Ardalan, and Claude VonStroke. He’s currently signed by Box of Cats and Dirtybird, with most of his success coming from his hit “Fo Free,” that was featured on ‘The Birdhouse 134’ as track of the week. 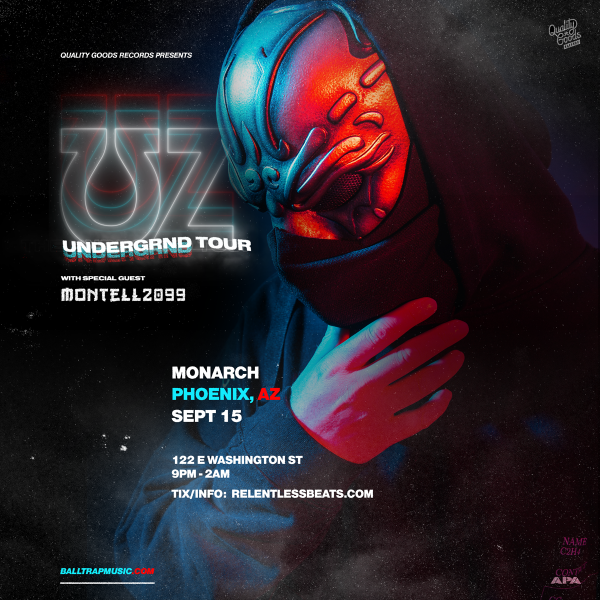 Whilst other artists carry the sound of trap out with the influences of moombahton, hip-hop and drum ‘n’ bass, the enigmatic UZ makes trap that’s dark and dirty. With energetic and moody beats, as well as a mastery of his turntables, the producer rolls out fist-pumping and stadium-filling shows into venues all across the board. More intriguing than his music, however, is UZ’s origins: The man constantly dons garb that conceals his identity, and makes no communication with his fans besides short and precise sentences written in code. UZ’s secrecy has spawned large debates, even entire web pages concerning his true identity: But even though they may settle on one idea, the Dark God of Trap remains a mystery to the world.

Montell2099 started making music in his grandparent’s house around 2010 or 2011 when his grandfather sorted him out with FL Studio to actualize his creativity. Both then and now, the New Zealand-based producer is largely beat-focused, as his output nuzzles up cozily next to the likes of the Team Supreme and Soulection crews, both of whom have publicly and consistently voiced their support for the young creative. 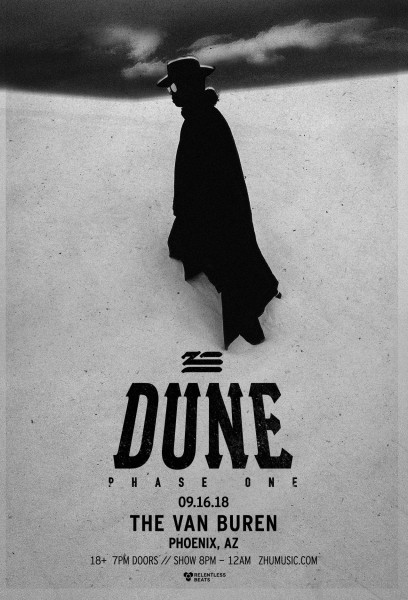 Since Steven Zhu started his musical journey in 2014 listeners have been craving his unique electronic house sound. He’s come a long way in these 4 years, releasing 3 EP’s, a full-length album, and numerous singles. The DJ and producer uses his own vocals on his tracks, and unlike some other artists in the industry looking to make the dancefloor go crazy, Zhu’s lyrics are packed with meaning and emotions. His somber downtempo beats have crowds fighting back tears while dancing the night away. This year he’s released two collections of music, RINGO’S DESERT PT. 1 and RINGO’S DESERT. Now he’s making his way across North America on tour. This weekends show is already sold out, but he’ll be swinging by Phoenix again on October 24th! You can grab tickets to that show here.