Cream season is in full effect and things in the scene have never been sweeter. Caroline Cecil, is the scintillating and vivacious brains behind the well-known moniker WHIPPED CREAM. Don’t be fooled, the name is teeming with innocence, but the moment she hits the decks you know damn well you aren’t in Candyland. This girl does bass, dubstep, and all things filthy.

We first caught a taste of her back in 2015 when she was the talk of the jungle at Shambhala Music Festival. Since then, other festivals that have been garnished with her greatness are Shaky Beats, Hijink, Bonnaroo, and lucky for us, Relentless Beat’s 5th annual Phoenix Lights. I took a shot of insulin and gulped up a heavy dose of Whipped Cream. Check out chat below.

Welcome back! We are stoked to have you under the Phoenix Lights. What did you think of your first festival with us?

Amazing! No complaints. I’m not feeling that great but when I was up there I didn’t even feel sick!

RB feels honored to kick off this Creamy festival season for you. I see you have big things on the horizon like Coachella, EDC, and Electric forest. Which of the fests coming up are you most excited for?

Every time I get to play my music live whether it’s a small club show or a place like EDC it’s equally exciting. I’m so grateful to be doing what I’m doing. Every opportunity is equal to me but what I am really looking forward to is the EDC sunrise set at Circuit Grounds. I’m closing out the stage and my parents and friends are coming. It’s going to be really awesome. This is definitely the biggest opportunity I’ve had.

So I want to talk about “Time.” From the press release I read that you wanted Romy to write something as if you were trying to change the world; clearly, she hit the nail on the head for what you were trying to create. I feel like “Time” gives the listener the mental space to interpret it differently for everyone but I’d like to know your take on the lyrics.

Well, when I sent that instrumental to Romy when I was writing the song I asked her to create lyrics that would impact as many people as possible. The song is rather cinematic and experimental but it can still be played at a festival or just at your house chillin’. So when I sent it to her I asked her to think global, think peace and ultimately create something that would change the world or to even help someone going through something. When I got it and read it  I was blown away. When you look at the lyrics without the music it does leave you with some question marks but it has this meaning of to keep fighting.

To change the pace and get a little more personal, I like to ask my interviewees to talk the tweet, where we pull up tweets and you explain:

1. The first being your “Bedroom beats” video. What was your inspo to post this?

Well I don’t know, as a woman you kinda get a lot of people not believing that you are making your own records. So I like to post here and there as a reminder. Really though, I have nothing to prove and I really don’t care what people think but it’s something that I feel it something I want to do and show people my work in a raw form.

2. The ski hill named by you after your ex

A friend of mine sent me that and it was honestly too funny not to share. PSA my actual ex did not make this but it just felt like the right caption. This is a legit ski run, haha but this is something only an ex would make. I’m a difficult girl, what can I say. 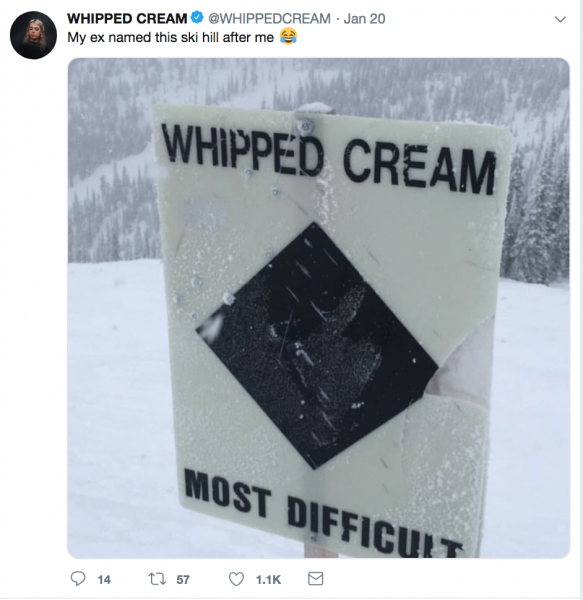 OK, I’m going to end things on a fun note. We’re at Phoenix lights so I have to ask, aliens…are they real??

Oh 100%. There are aliens, there is life on other plants. I’m trying to the moon so there’s that.

I feel a collab with Rezz coming on…

YES, Rezz and I are going to play on the moon with the aliens, just wait!