A self-taught producer, MIME is also on a self-made meteoric ascent. His first booking as MIME was in Las Vegas in August of 2016, playing for a few hundred people after promoters found him on SoundCloud. Just a few days later MIME was headlining a show in New York, playing to an audience of nearly 1000! Over the last three years MIME has climbed the ranks, proving to be an unstoppable force when he landed a spot at New York’s own EZOO festival. This is only the beginning for the masked producer, and we we’re excited to chat with him before his upcoming stop in Arizona. 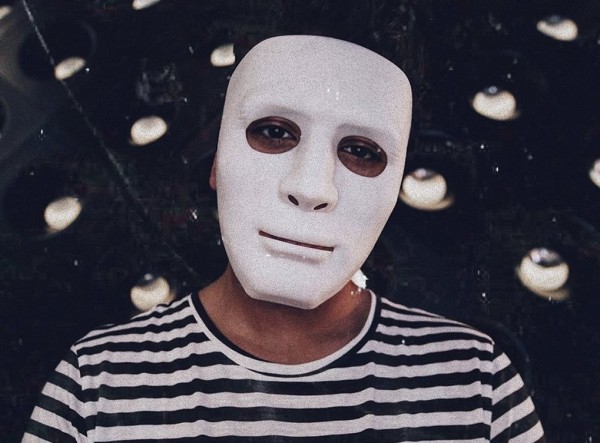 Let’s get right into it! Tell us about your MIME persona. How did it get started?

So MIME started back in 2015. I had noticed a pattern in my personality, sometimes I am outgoing and sometimes I want to be to my self, an introverted extrovert as I would say, which is complete opposite. MIMEs are Black & White which are complete opposites and I felt like it all made sense!

You just released “sry,” which I’m a big fan of, with “Day Dreamin’” dropping not long before that. What else is on the horizon?

Thank you! You can expect a TON of new music from me this year, my next release is actually called “TOXIC” and it comes out on Jan 29th! Im super excited for that!

What made you want to transition from hip-hop sounds to house music?

I always loved both genres as a child and my entire life but the energy and love that I feel when I’m in the dance community, at a show or festival is one that’s unmatched and I personally cant get with any other genre, thats why I gravitated towards dance music!

I know your remixes have been incredibly well received. So much so that artists like DJ Snake and Macklemore have commissioned you for official remixes. What do you think makes your remix ability standout amongst others?

Despite being relatively new to the scene, you already boast some major accomplishments that include making the EZOO lineup, performing with artists like Marshmello and Tchami, and playing at venues from Las Vegas to Shanghai. What do you attribute to this success?

I think the number one thing I did was never give up, despite not having any fans or getting 10 plays on a track on SoundCloud, I always stuck through and rode it out and luckily its been paying off as time has passed, but I’m so excited to keep working hard and growing!

Next stop: Tempe! What can fans expect from you at the upcoming show?

I cant wait to be in Arizona! I’ve heard so many amazing things & you can expect a fun groovy and vocal driven set from me