Toronto based artist, Ryan Shepherd returns with his highly anticipated new single titled ‘Hello Sunday’ out now via Armada Music. Inspired by his weekly Sunday donation based fundraiser party hosted via Twitch and IG Live in support of Toronto’s bar, restaurant, and nightlife industry which has amassed over $20,000 in donations, ‘Hello Sunday’ offers up an uplifting and upbeat tune during a time where we need it the most. ‘Hello Sunday’ has already received high praises and has been featured on Spotify’s Mint Canada, the morning TV show Breakfast Television, Toronto’s CityNews more. This is Ryan Shepherd’’s 5th release with Armada and is out now on all streaming platforms!

‘Hello Sunday’ is especially noteworthy as it is Ryan’s first release since the COVID-19 lockdown began and brings a very positive message and sound that is sure to bring all listeners to their feet to dance. The track takes elements from Ryan Shepherd’s previous hit ‘Don’t Hold Me Down’ and is reminiscent of Marc Kinchen (MK) old school style house piano to make a joyful, uplifting summer hit. The track features UK vocalist Caitlyn Scarlett whose previous records include collaborations with artists Rudimental, CLiQ, and Jack Wins. She brings a UK house vibe to the vocal that compliments the instrumental perfectly. Ryan felt the need to produce a positive and uplifting track during these difficult and unique times. The lyrics pertain well to the COVID isolation in focusing on yourself and as a great time to focus on yourself and work towards being anything you want to be! 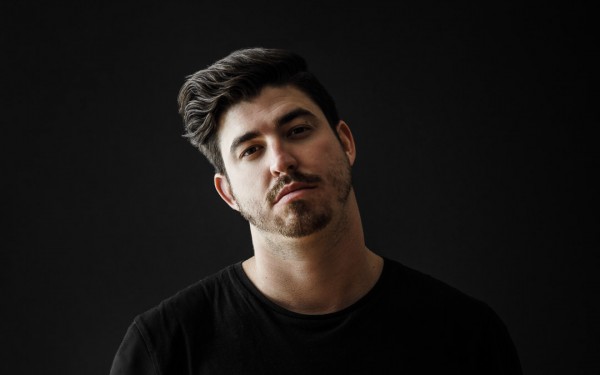 Hello Sunday is seamlessly branded with Ryan’s current fundraiser livestream which shares the same name. Ryan created his fundraiser during quarantine as a weekly live stream DJ set on Sundays that also include a donation link to help raise and donate money to independently owned bars, restaurants and clubs in Toronto as well as local and national charities. The stream has grown significantly in popularity over the past few months and has helped to raise over $20,000. It also has played host to a series of special guest artists including Zeds Dead, DLMT, Famba and Bobby Love. The live stream and the new ‘Hello Sunday’ single go perfectly together as they both are meant to bring happiness to listeners and help and inspire people while the world works to try and get back on its feet.