Claus Terhoeven and Stefan Bossems are the masterminds behind the iconic trance duo Cosmic Gate. With over two decades of experience in the industry, they’ve released 10 studio albums, performed over 1,000 gigs all over the world, and collaborated with some of the most well-known trance artists in the industry, including Armin van Buuren, Markus Shulz, and Ferry Corsten.

I had a chance to talk with the duo ahead of their upcoming set at Goldrush Music Festival taking place September 24th-26th. Read on for details about their latest album, MOSAIIK, life amid a pandemic, and what fans can expect for their long-awaited Goldrush set.

Congrats on the release of your new album, MOSAIIK! How did producing this album mid-pandemic compare to your previous projects? Was the inspiration behind this album influenced at all by the situation?

Thank you very much, and thanks for having us

About the album, in general, somehow after our anniversary album Forward Ever Backward Never, for us it did not just feel like the restart of working on a new album, it indeed felt a bit like a start in a new era. Somehow there were some signs that our fans are as ready as we were, for an acceptance of a deeper, progressed sound and production direction, as you might know already from some of our latest remixes or from listening to the diversity of influences when listening to our WYM Radio show. No one told us we needed to do this change, we very naturally felt this from within, as we always followed our intuitions over the years when it comes to creating new music. then on top, of course the production of an album during the pandemic was different than anything we have seen or done before. The world came to a stop, we and our colleagues all got separated from our beloved dancefloors, had more time at our hands than we ever could’ve imagined, what can we say. But then, as weird as it sounds, with all that happening, we somehow became more free in our work with the album, while life outside was the opposite of free, we tried to take these unfortunate circumstances as a chance, not see them as an obstacle and kept on working. Now here we are, and MOSAIIK is released, and it feels just great!

You guys have been teasing MOSAIIK all year via live streams, and some very popular, highly viewed ones at that. What has been your biggest obstacle connecting to fans in a virtual-only environment? Did you find the live streams helped or hindered that connection?

Oh, there is only one answer possible, the streams were amazing for connecting with our fans, and on top making new fans as well. It seems so many people found us through these streams and started following what we were doing, we seem to have hit a nerve with our slowly progressing DJ sets and the cinematic backgrounds on top, and will continue following this idea in the future.

It’s nice to see you guys on tour again. Which event are you most looking forward to playing this year?

Absolutely, its simply nothing but amazing to be back on the road again! As fun as it was to do those live stream events, simply as we are always having fund djing together, absolutely nothing can beat the energy of a crowd! About future events, we of course are absolutely looking forward to play Goldrush, its been too long since we played a festival in Arizona and we are looking forward to the event, main stage on top, see you guys on the dance floor and lets all have a good time!

You guys are iconic in the Trance world, with a career that spans over two decades! What are some upcoming or lesser-known trance artists on your radar that we should look out for? Where do you think the future of trance is heading?

There is quite some talents out that we love to feature mostly on our weekly Wake Your Mind Radio show, like Pavel Khvaleev from Russia, who just delivered a great Remix for our single Blame, which we can’t wait to share soon. Dylhen from the UK would be another DJ and producer we feature frequently on our show and liked to mention here. Both artists represent what we see as the future of Trance, clubby, progressive and melodic, producers thinking out of the box with their sounds and arrangements, thats what we like. 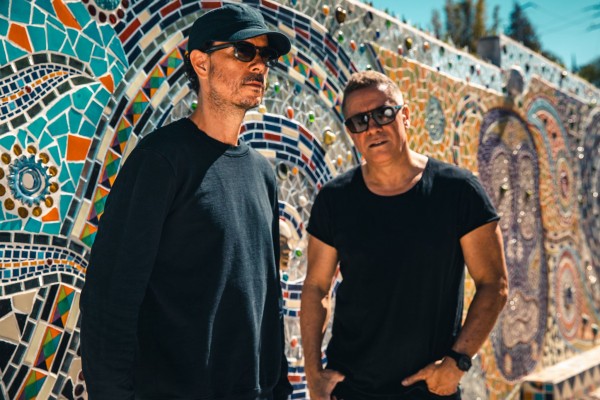 We’re excited to have you at Goldrush next month! What can fans expect from you during this set?

We are excited too, and of course will play music from our MOSAIIK album, as well as some of our classics, on top of some of our favourite current club tunes and lets see, possibly some preview from MOSAIIK Chapter 2, so much good music we are looking forward to share, please don’t miss it!

Finally, our Goldrush motto every year is #canyoudigit. What are three things you guys are digging right now?