Jessica Audiffred is one of the biggest talents to come out of Mexico City as of late. Her one-of-a-kind style combines old-school dubstep with new-school bass, drawing influences from icons that helped pave the way for her career.  She’s recently signed with Circus Records, where she’s put out notable releases like last year’s “Nindo,” and the bass house force, “Emergency,” just to name a few. She’s graced the stages of EDC Mexico, EDC Las Vegas, Lost Lands, and more, continuing to carve out her very own space within the bass scene.

This past weekend, Jessica blew us away on the Pioneer’s Peak stage at the fourth annual Goldrush Music Festival. I had the opportunity to sit down with her after her set to chat about her beginnings in Mexico City, her record label, and what to expect from the future of Jessica Audiffred. 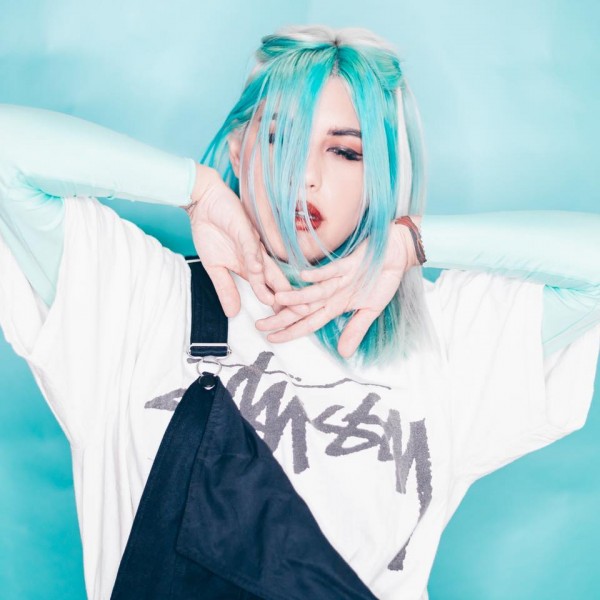 Welcome Jessica, let’s jump right in! You got your start in Mexico City. How has that influenced your sound and production?

It’s weird because in Mexico City, people don’t listen to bass music as much, not like here in the U.S. Here, you can go to a club and people are playing bass music, right? You hear dubstep. But if you play dubstep in a club in Mexico City, they’ll kick you out. You just cannot play bass music. So I had to find a way to kindof make my own parties and try to grow out of my city in a way so that I could just play my music, meaning go to the U.S. for example, where you listen to a lot of dubstep here. So Mexico definitely influenced me in a way that my sound is a reminder of how I started to love bass music in the first place, being a little kid in Mexico starting to listen to dubstep when no one else was listening to dubstep, you know Flux Pavilion and all those guys. That was my inspiration. So right now I’m like in a mixture between classic dubstep and new dubstep. I think that’s how I define my sound.

What are some major differences between the dance scene in Mexico City and the States?

OMG there’s like a sea of difference. Here, usually I can play a song that people don’t know and they will go off. In Mexico, you need to approach people with more mainstream songs. Sometimes in your sets, you need to be a little more dynamic or you might lose them. Here in the U.S., I think they’re more open minded, if you will? They’ll just take whatever song you play and be like, “oh I don’t know that song but I like it!” and in Mexico, you really have to gain that crowd. It’s really tough but once you do that, they’ll really love you. But both of those crowds are amazing to me.

What made you want to start producing after getting your degree in psychology?

So I graduated from Psychology and then I met a bunch of DJs, like a bunch of friends. And I grew up with an older brother who was listening to Tiesto and trance from like the 90s, so I’ve always liked electronic music, I just didn’t know how to become a part of it, right? So when I graduated, I started to hang out with DJ friends and they were like, “just come to my place and you can start DJing.” So I’d go to their house for like six hours a day for like six months and then that’s all I did for the rest of my life. I didn’t even do anything psychology related. I just graduated and went straight to DJing, because I loved it so much but I hadn’t yet found a way of expressing myself through it.

Having your own record label and radio show I’m sure you get the opportunity to explore a lot of upcoming talent. How important is it to you to help put other artists on the map?

It’s SO important to me. Especially in Mexico, because I still live in Mexico City. I tour in the U.S. a lot, and I come here like every single weekend but I still live there. So it’s really important for me to actually help my friends who are living there and still struggling with what I struggled with back then. So if I can just help them with releasing their music and playing their stuff at festivals, so that maybe a DJ could hear it and ask about it and I can say, “oh yeah that’s from my label in Mexico City.” If I can do anything, I will do it. So my label is part of that, helping the bass scene grow in Mexico.

Is there anybody we should be looking out for?

Oh yeah, I have a bunch of them but I’m going to name a few. So there’s this girl, her name is Keel. She’s 18 years old and has released bass house stuff on my label. She’s amazing, and she’s from Mexico City. You need to check her out! Also you need to check out Youth in Circles. He’s released stuff on my label and other labels too. He’s also Mexican. Bagha is also amazing. He has this super raw sound. He’s into like the harsh dubstep. Those three just to name a few.

I really loved your last release, “Getaway” with The Arcturians. Can you walk me through the process of creating this track?

Yeah, we’re both signed to Circus Records and the label manager, Andrew, was like “Hey Jess I would love to hear these vocals.” I just sent them my song, “Getaway” and they put the vocals in it, so it’s a feature. I just loved the result. The vocals fit right into the song. I just played it tonight for the first time!

Oh yeah! What was the reaction?

You’ve collaborated with a lot of artists recently like Steller, Artix, and Monxx. Are there any other collabs coming up that you can talk about?

How about a dream collab? Is there somebody you’re dying to collaborate with?

For sure Excision. And Flux Pavilion. To me, Flux is like a father. He trusted in me when no one else knew me. He and Circus Records are the ones who really pushed my career. So I’m always going to be so grateful to him. Besides, I started in dubstep because of him so Flux is one of my top DJs and then Excision too.

You’ve played on some of the largest stages in the world like EDC Mexico & Las Vegas, and now Lost Lands & Goldrush. How, if at all, do you alter your sets for the festival you’re playing?

Are there any festivals you’re still dying to play?

Honestly, Lost Lands is a dream come true. And then probably Rampage in Belgium for sure. That would be amazing, but for now, Lost Lands was like my goal.

What can fans expect from you the rest of this year, either with your music, your label, or any other general happenings?

So I started being a mixture between old dubstep and new dubstep and for now I’m still doing that because that’s my style and I love it. But I’m trying to do more melodic stuff, because that’s what I actually really love, melodic dubstep. So I’m trying to go in that direction where I have tons of vocalists in my songs. Usually it’s just my songs made with synths and that’s it. But now I do try to add some vocalists, some live guitar, I want to do it more professional, you know? That’s like the main goal with my sound right now.

Thank you Jessica for chatting with us and giving us a killer set at Goldrush! We’re excited to see what the future has in store!