RB Exclusive Interview: Elephante on His Upcoming Album and Coping Through Music

We all channeled that restless quarantine energy differently; for Elephante, it was music. We’re just a week away from Elephante’s album Heavy Glow and we couldn’t be more excited. He’s a wildly innovative producer, artist and songwriter who’s mastered the use of versatile soundscapes. We had the chance to chat with Elephante ahead of his upcoming album release. Check it out below. 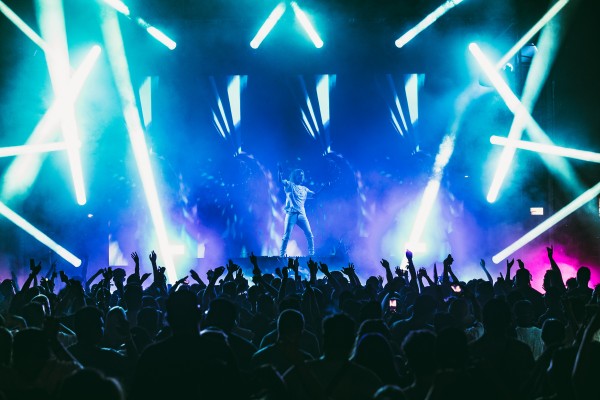 I’m loving “Dopamine.” It’s insanely catchy! Can you pinpoint the source of inspiration behind this track?

Thank you! I’ve been working on “Dopamine” for a long time and playing it at my shows even before quarantine. Feeling the crowd’s energy was so insane and actually fed into some of the inspiration. But overall, “Dopamine” is about intense desire, scratching that itch, and chasing that person or thing that makes you feel alive, even when it might not be the best thing for you.

Your recent tracks “Holy Ghost” and “High Water” have been self-reflective, emotional singles. How does this level of vulnerability change your creative process?

Writing these songs was how I coped with the last few years. It might sound odd, but I find that in the dark times that music is my only lifeline. So it’s coming from a raw and vulnerable position and I can’t fake anything in my lyrics – if I can’t convince myself, then how could I convince anyone listening to it? I think it’s important for these kind of stories to be told because knowing that you’re not alone in your struggle can be a huge source of comfort – it was for me.

Are tracks like these a way of connecting with your fans on a deeper level, for your own personal growth, or maybe a little of both?

I think it’s a mixture of both connecting on a deeper level and also acknowledging my own personal growth. It has been a long road to self-acceptance and shedding sometimes self-inflicted shame and taking pride in my identity and heritage. I am who I am, and these songs show the experience – the peaks and valleys. But a lot more of the valleys because that’s where the most important lessons are learned.

There’s an album coming next week! What can fans expect?

Heavy Glow is about identity and coming to terms with who you are compared to everyone else’s perception. I struggled through the pandemic and went through a lot of personal upheaval – imposter syndrome was a very real thing. Inspiration was hard to come by, so I wanted to tap back into my roots as a singer, songwriter, and guitarist- the things that make me the happiest- and merge them with my present sound. Then I shifted my writing and stopped writing what I thought people wanted to hear, and dug into the good, bad, and ugly that I was personally going through.

In addition to an album, you have some big events coming up like EDC Las Vegas and Head In The Clouds Festival. What else is on your radar for the rest of this year?

I’m working and developing the live show to go with the album tour. Every tour I go on I push myself to go bigger and top what I did before. I’m really stoked to figure out how to play all this new music