Relentless Beats presented Dirtybird Players – Arizona on Saturday, November 2, 2019 at The Pressroom Outdoors in Phoenix, AZ. This show is 18+.

About Walker and Royce

Born and raised in a small town North of Chicago, IL, J. Worra aka Jamie Sitter has always been drawn to different genres of music. In 2011, while living in Chicago, she finally dove head first into DJing and music production. After holding several residencies … Read More 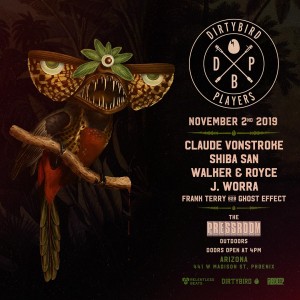