Relentless Beats and Bankhead Productions present the return of Blackout featuring Kill The Noise, Milo & Otis, and Drezo at the Pressroom in Downtown Phoenix on Friday, May 1 2015.  This is an 18+ event.

About Kill the Noise

There's a new ghoul haunting parties worldwide - a diamond-eyed skull slapped to turntables. Grinning off sweat-drenched t-shirts and gleaming from 20-foot neon screens. It's the bony mascot of Kill The Noise, the buzzing young producer and DJ whose uniquely intense take on electronic dance … Read More

From the underground clubs of Orlando to joining Skrillex on his renowned Mothership Tour, the ascent of MILO & OTIS has only just begun. What started as a side project between two of the most sought-after young DJ/Producers in the business, Matt Nemethy aka NYMZ … Read More 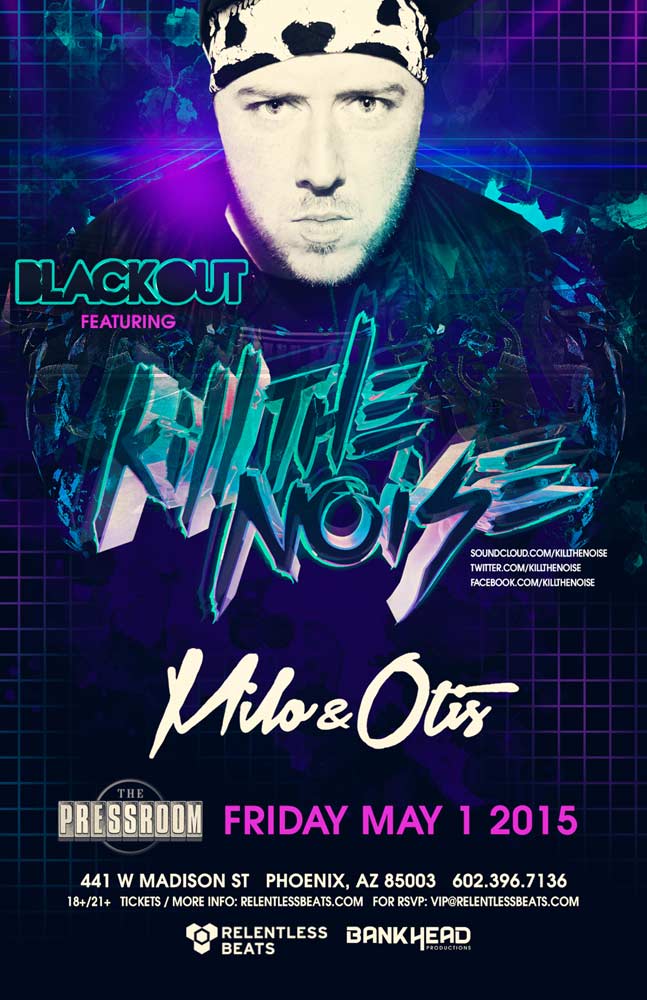