Support Plus Many More

Where to buy Tickets

$119 (3-Day) General Admission and $350 VIP tickets are available at the link above or at www.neondesertmusicfestival.com. Tickets are also available at:

* All WB Liquors
* All That Music (I-10 Gateway),
* The Headstand (NorthEast)
* Happy House (Cielo Vista Mall)
* The Pizza Joint (UTEP/Downtown)

Neon Desert Music Festival is in it’s sixth year since the inaugural event in 2010. It’s organized by Splendid Sun Productions, a Texas-born organization based in Austin and El Paso, who’s missing is to produce an annual music festival for El Paso, by El Pasoans, while providing the local artistic community an outlet to showcase their talents alongside national and international headliners. This year’s event will include multiple outdoor stages, local and regional art displays, and a diverse music line-up that with light up the southwestern skies this Spring 2015. More info can be found at www.neondesertmusicfestival.com.

In 2012, a young beatmaker called Flume burst on to the scene and single-handedly changed the face of Australian dance music and its possibilities. The then 20-year old had just one single (‘Sleepless’) and one remix (Hermitude’s Hyperparadise) to his name. The buzz was growing, thanks … Read More 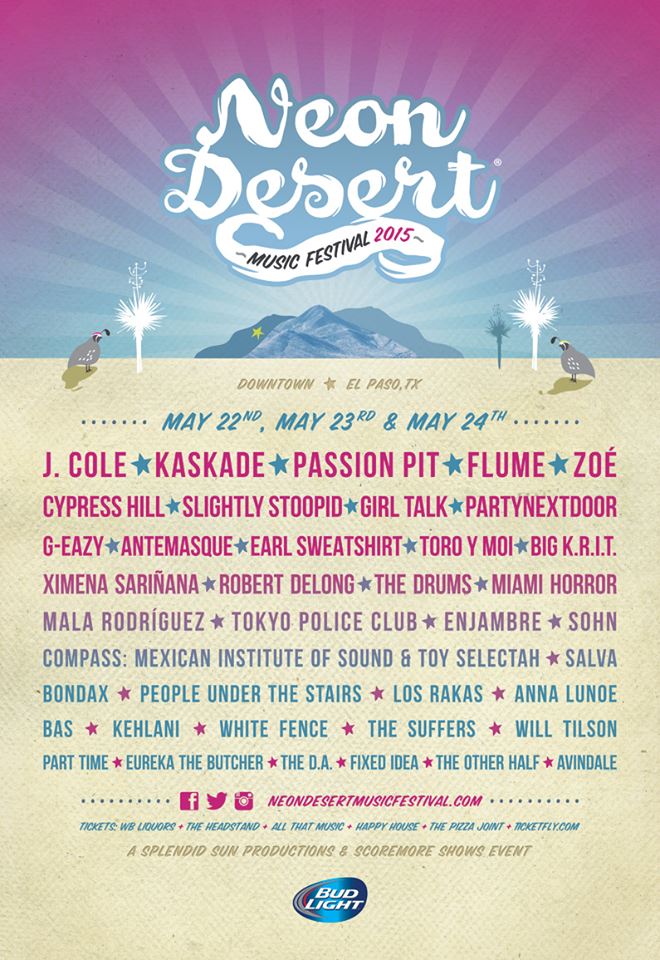