Blurring the lines between electronic and hip-hop with latin influences, internationally-recognized producer act Boombox Cartel has risen the ranks as an unparalleled force in the world of dance music. Founded by Americo Garcia and writing partner, Jorge Medina, the project taps into their rich and … Read More

Blossom knows exactly what she wants and she’s going for it. In a short time, the Night Bass associated DJ/producer has made her presence known with an array of assertive house productions, all of which radiate a bold, unmistakable style and scream her name out … Read More 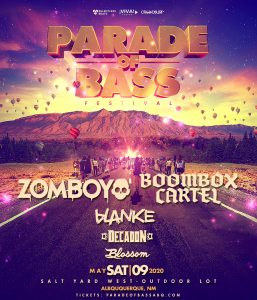