DJ Tranzit’s local, national, and international performances have provided him with an opportunity to play alongside some of the biggest names in Dance Music including: Paul Oakenfold, ATB, Bad Boy Bill, Benny Benassi, Wolfgang Gartner, Shapeshifters, Inpetto, Antoine Clamaran, LMFAO, Kaskade, Miles Dyson, Bart B More, and Eric Prydz, just to name a few. His signature move, “The Air CDJ” was coined by Eric Morillo and showcased on housemusictv.com for over 7000 viewers. He has earned his spot among an elite list of DJ’s and producers to come out of Arizona including Sandra Collins, Markus Schulz, DJ Z-Trip and Eddie Amador.

RSVP to the event on Facebook and buy tickets with the links above. Learn more about Tranzit here. Join our text list by filling out the form in the upper right of this page or  texting RBVIP to 545-454. Email vip@relentlessbeats.com for table reservations.

Often referred to as one of the most passionate DJs and Producers in the business, DJ Tranzit has entered the next level. Introduced to music at a very early age; Tranzit spent the last 15 years perfecting his technique at night clubs across country. The … Read More 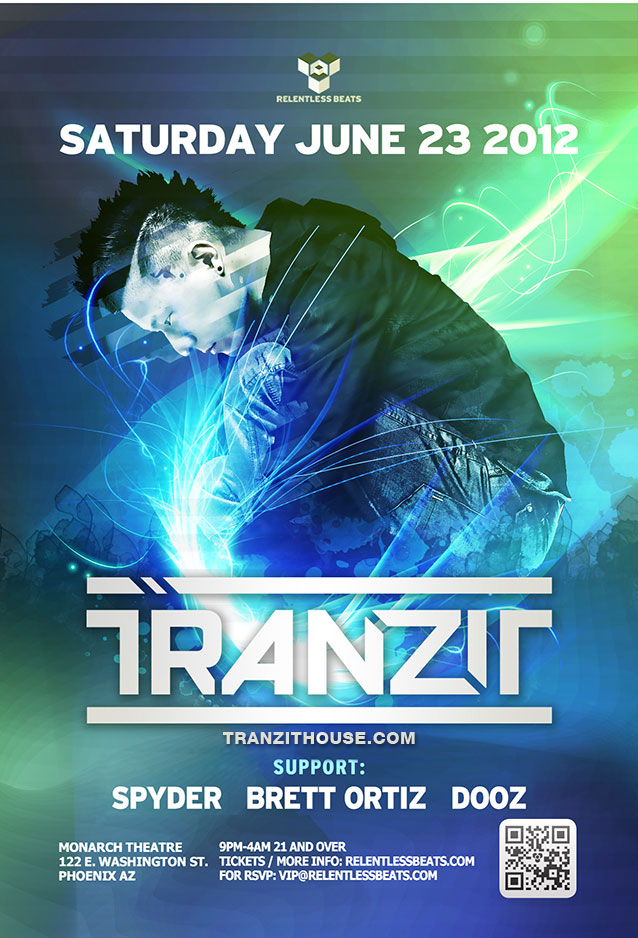