Paul Oakenfold tried to do this a few years ago, but Perfect At Sea! never set sail. Imagine being at sea with some of the biggest names in electronic dance music. I am not talking Disney or Carnival here, but a ship filed with guys like Diplo, Skrillex, and Laidback Luke. You’re in luck. The lineup for the 2014 Holy Ship!!! (I love that name, by the way) has been released.

There are a few other ships ready set sail, but nothing has really been confirmed yet. The Groove Cruise will is confirming details, but a full lineup for that hasn’t been released. The insanely popular Cocahella is is also talking about a ship called the S.S. Coachella, but nothing has been confirmed there, either. While they all work on details, it’s time to get excited for Holy Ship!!!… a boat that HAS a lineup!

“The voyage will also be marked by the signature on board activities and workshops with intimate artist involvement Holy Ship!!! is known for,” organizers promised. 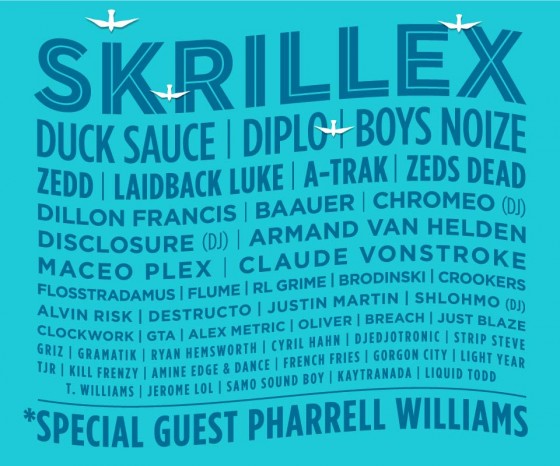 In the past fans have boarded in Fort Lauderdale’s Port Everglades, but in 2014 is moving to Port Miami just down the street. The fun departs January 9 for the Bahamas aboard the even larger MSC Divina, with performances from more than 40 artists happening around the ship and on TWO private islands. It just keeps getting better.

For now, pre-booking has been closed due to high demand. But you can go head and join the waiting list at HolyShip.com. Now for the good stuff… the lineup. If you are lucky enough to board this ship, you will be entertained by the following

There are a lot of big names on that list, several that will be stopping by the Valley of the Sun this summer. Oh, and are you ready for this… hot off his work with Daft Punk on the new Random Access Memories release, there will be another special guest on board. Check out what Holy Ship!!! said on their official Twitter account earlier this week.

This is a boat you can’t afford to miss. What names are you excited to see?