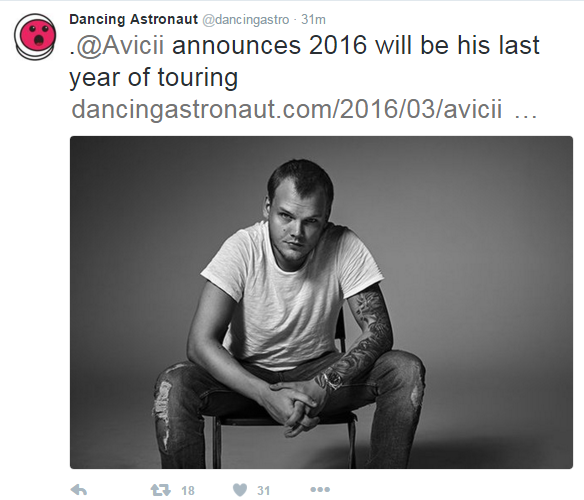 Today Dancing Astronaut revealed that Aviici will transition back to Tim Berling permanently after his 2016 tour comes to a close. The “Levels” producer is expected to drop his third- and apparently final- album at the end of the year as well. He took to his website to write “One part of me can never say never, I could be back …but I won’t be right back.” To read Aviici’s full statement regarding his here. 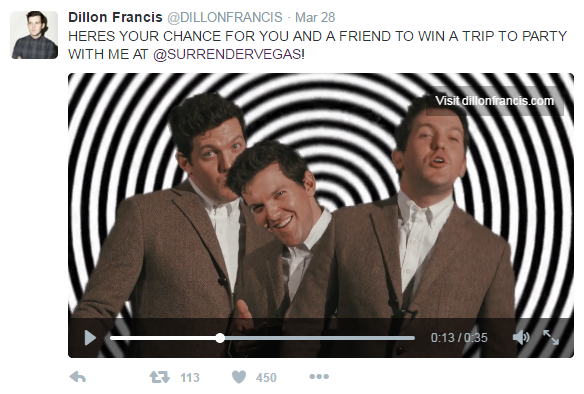 Dillon Francis made the Twitterverse chuckle with this trippy video promoting a contest fans can enter to win tickets to Surrender Las Vegas. Of course, DJ Hanzel can’t just blast a tweet saying “enter this contest,” he had to create and star in this enticing PSA announcement. Visit Dillon’s website  to enter “The Coming Over 2 Las Vegas 2 Turn Down For What Cause It’s Lit Fam Sweepstakes.” It includes hotel, flight and VIP entry. If the fact that it’s completely free and takes 5 seconds to enter doesn’t draw you in, I’m sure this video will. 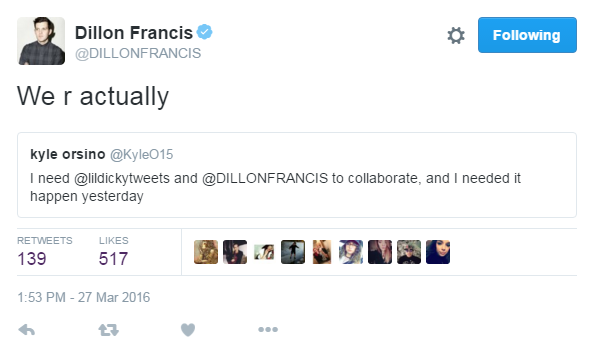 What?! I know we already discussed Dillon’s shenanigans but of course he’s got more to gawk about. We know Dillon and Lil Dicky are buddies, but a collab?! It’s difficult to imagine what direction the duo will go with that, but you heard it here first. Don’t be surprised if a Dillon-Dicky track drops in the near future- he warned us. 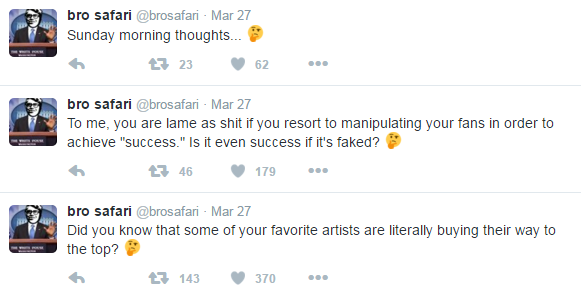 Oh no… is this another Twitter war about to break? Bro Safari‘s blatant sub-tweets are calling someone- probably in the EDM industry- out. Any ideas?

Pretty confident there, eh Vanic? This Vancouver native is still an underdog in the EDM scene, but it seems like he’s certain his big break is coming soon. He’s shooting for radio-hits with his new originals, so let’s see if he lives up to his own expectations.