This year’s Decadence is bigger and better than ever. The Chainsmokers, Deadmau5, Zedd, Slander, Jauz, and Marshmello are just some of the artists joining us for this two-day New Year’s celebration. As an attendee, you see the breath-taking performances, light shows, and fellow crowd members as you enjoy your night full of music and adventure. However, have you ever wondered what goes on behind the scenes? What it takes to host such a massive event? Well, I sat down with a member of the hospitality team for Decadence Arizona, Danielle Jake, and she gave me her perspective on what it takes to host such an event. 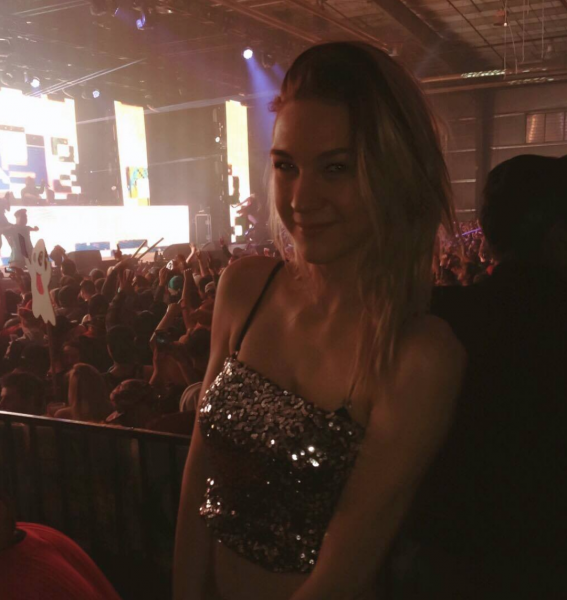 “During the hours of the show, I work in hospitality, which means I work with the artists. There’s a lot that goes into making a show happen, and one specific part is making sure that the artists and their teams have everything they need. I also do a lot of festival prep, which means I do a lot of random, odd jobs. I post snapchats occasionally of how many buckets of ice I filled per show, or how many shops I went to in one day. When people ask me what I do for work I give them answers like, “banana organizer” or “last week, I washed and organized 200 cans of RedBull,” because that gives you a better picture of my job than any title would.”

Making sure all of the artists have exactly what they need at that very moment is not an easy task. Dani finds herself running around before, during, and after the event, missing most of the performances. Whether it’s handling credentials, fetching water bottles, checking in with tour managers, getting the generators turned on, or cleaning up after it’s all over, Dani has a long list of things to do to make sure everything runs smoothly.

“When you go to an event as an attendee, you just see the party, but behind the scenes is this crazy level of professionalism and rigor. That’s where I’ve learned the most from a hospitality perspective. There’s a lot of artists and teams that you need to work with at once and all of the demands they make can seem like a lot. They are professionals and everything they request is carefully considered and talked over before it ever reaches me. What you need on tour is completely different than what you need for everyday life. Most artists aren’t high maintenance; they’re all about the show.” 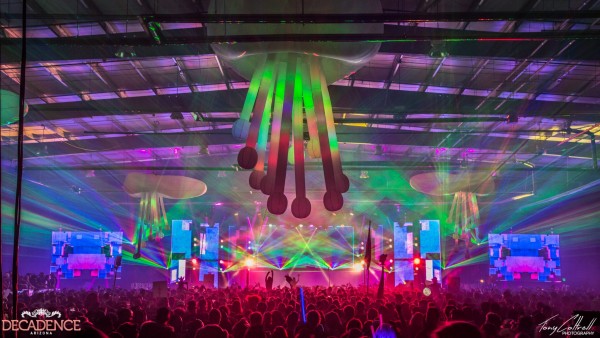 With that, working with the artists and their crew during Decadence is something Dani is really looking forward to. With this lineup being so massive, she’ll have the opportunity to gain a ton of experience as she works with musicians of all sorts.

“I’m excited to work with The Chainsmokers again. They were performing during the first show I did hospitality for, Wet Electric 2014. I still snapchat with Alex occasionally, and it’s been awesome seeing them grow through the years. They’re just fun, very easy-going guys and I haven’t seen them in forever.”

Meeting, greeting, and taking care of artists is just one of the perks of the job. After working hospitality these past couple years, Dani explains how the gig has impacted her professional and personal life for the better.

“Working hospitality has made me grow a lot, and it has pushed me a lot. It’s great to see what you’re capable of and I have more confidence in myself as a professional in any career because of it. Maybe the biggest impact is what I’m going to expect out of employers in the future. There’s so much love here, it’s amazing. There’s times that my personal life takes a backseat because of a show – I tell my friends and family that I won’t be able to see or talk to them for a week before every festival – but every job has its costs and perks, and for me, this job is worth it. 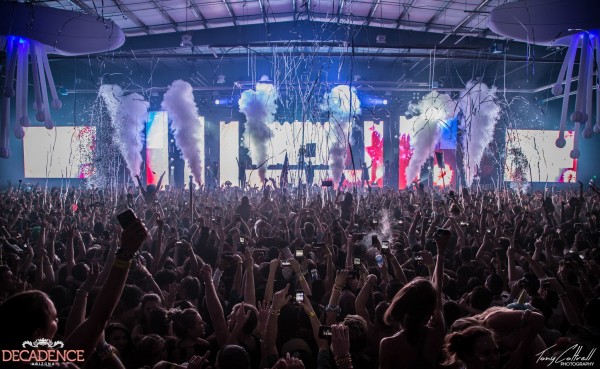 “The moment from Decadence 2015 that sticks out to met the most is after day two when everyone I work with fell asleep in the greenroom after the show. We were working on cleaning up but we were dead exhausted. My colleague Dylan and I had maybe 2-3 hours of sleep the night before and our co-worker Mary had none. I want to say you don’t completely know a person until you’ve been with them at 4:30AM after 18 hours of working! I was slowly moving boxes from one side of the room to the other and I just heard Mary and Dylan stop talking mid-conversation, possibly mid-sentence. I looked in the tent and they had just passed out right there, completely out of juice. It was as adorable as it sounds… maybe more so!”

Passing out mid-sentence shows just how much effort goes into planning, organizing, and executing these events. Decadence is one of the largest, fastest-growing events by Relentless Beats, so this year will surely have everyone on their toes. What makes Relentless such an impressive group to work with is how much each individual cares and the passion that is executed with each event, not just Decadence.

“There’s this vision people have of promoters laughing backstage with monocles and champagne glasses just rolling in money from the show and not caring about the event… but that’s not the case at all. Everybody on the team is stressing and working and trying to make the experience the absolute best we can for everyone involved.

We’re all absolute suckers for thank you’s. People taking the time to let us know how much they enjoyed the events is what we live for. Please tell us whenever you think we’ve done a good job. It means way more than you know.”