The first month of 2017 has already come and gone. The year is flying already but our 2017 club season is just beginning! We’ve got another music filled weekend coming your way with Shaun Frank on Thursday, February 2nd, and Delta Heavy on Saturday, February 4th.

2/2 – Shaun Frank – Sightings: On the Road to Phoenix Lights

If you just can’t wait for Phoenix Lights, don’t worry! Thursday at Cake Nightclub in Scottsdale you’ll be able to see a special Phoenix Lights sighting. Shaun Frank emerged on the scene in 2012 when he started collaborating with artists like Arty and 3lau. He’s established himself a  rising talent to watch within the house scene. Shaun is best known for his work with Oliver Heldens on “Shades of Grey” and most recently “La La Land” with DVBBS.

Get a little preview of what’s coming in April and start your weekend with Shaun Frank.

Something a little heavier for the bass heads; Delta Heavy visits the valley this Saturday as part of their world tour. The duo met in London and released their first track in the summer of 2009. Their last album, Paradise Lost, made its way to the US and the UK top 10 Electronic charts. They also just released a new single, “Bar Fight” last month. 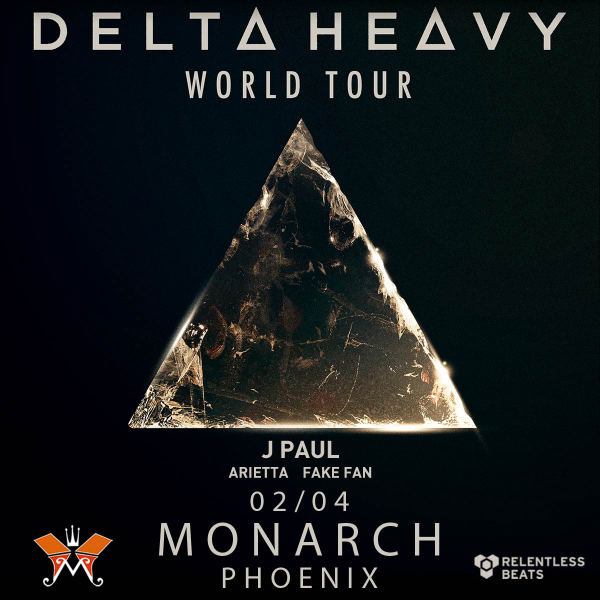 Joining Delta Heavy will be J Paul, Arietta, and Fake Fan. Get your drum n’ bass fill with Delta Heavy this weekend!