How to Live Stream Coachella 2017

Well festival lovers, Coachella 2017 is officially here. For some people, it means spending a weekend at a live-changing festival in the hot Indio desert. For the rest of the world, it means chilling at home and FOMOing while half of the west coast is watching all your favorite artists over the course of the 3-day festival. If you’re anything like me, watching all my friends rage at the festival last weekend was horrible – especially during Porter Robinson and Madeon.

Lucky for us, Coachella has released a saving grace for everyone at home: an option to live stream the festival at from the comfort of your home. God Bless.

You’ll be able to find the entire live stream HERE on Coachella’s website on any day of the festival this weekend. There are multiple channels, so you can switch between stages and performances at the click of a button (much easier than for those actually at the festival, sprinting between stages to see their favorite artists). During the week, you can also check out interviews and backstage access for the festival.

If somehow you’re not excited enough yet, you definitely need to check out Coachella’s mix of some of the featured bands that you’ll be able to stream:

Still not sure who to watch? Check out the full lineup: 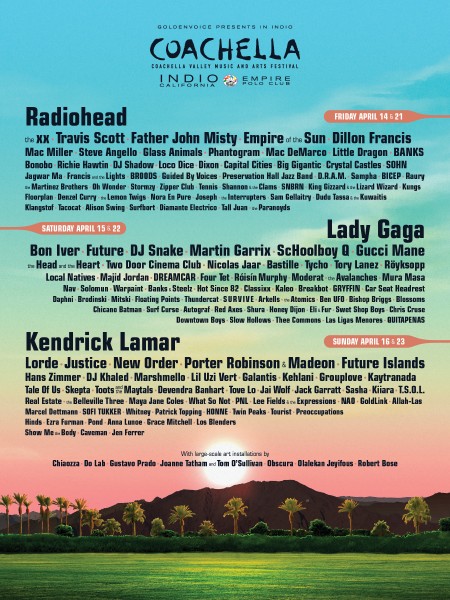 To schedule your weekend around what sets you absolutely need to see, double check the set times. Don’t forget to factor in the Do Lab schedule, which always features some of the best dance music. Last weekend, Louis the Child, Autograf, and Tycho were just a few of the big names that blew it out of the water.