Heather Kupka - June 1, 2017
Trapfest is back yet again for another rowdy year with an ever crazier lineup! Taking over the Pressroom on Saturday, July 15 with their grimy, dirty beats will be: Snails, Party Favor, 4B, JSTJR, TWO OWLS, ATLiens, Havok Roth, BAILO and Woolymammoth. Get to know the Trapfest lineup below. 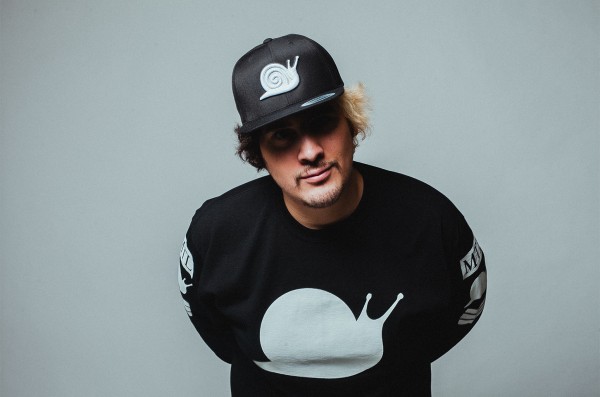 SNAILS is a Montreal-based producer and DJ who creates a brand of bass music that he likes to call ‘vomitstep,’ combining hip-hop rhythms, dirty basslines and off-kilter sound design. A member of the Kannibalen Records family, Black Tiger Sex Machine’s label, Snails released his first tracks in 2012. Since then he has amassed a massive and devoted fan base of snail-heads and bass-lovers from all over. His latest tracks include a collaborative effort with Pegboard Nerds, “Deep in The Night,” Volume 4 of his mix series, SNAILEDIT!, and “Waffle House,” a collab with Botnek.

Over the years, Party Favor has proven time and time again to be one of the fastest names in dance music. His edgy style helped pioneer the festival trap genre, turning heads across the globe. Party Favor, AKA Dylan Ragland, has been creating chart topping original records such as “Bap U” and “Booty Loose” on Mad Decent Records. Party Favor’s newest release is his Party and Destroy EP which includes collaborations with Dillon Francis, Gucci Mane, Sean Kingston, Rich The Kid, Gent & Jawns and Georgia Ku. Party and Destroy hit #2 on iTunes album charts and the lead single “Give It To Me Twice” garnished over 1 million plays on Spotify in its first two weeks.

Born in Staten Island, NY, 4B has been around music all his life. He began to teach himself how to DJ shortly after he moved to New Jersey and his mother suggested he looked into getting a job. “My mom always said, you want to be happy in life, find something you love to do so much you’d do it for free, then find somebody to pay you for it”. After taking her advice, he’s seen massive success. Over the past few years, 4B has been making serious waves in the trap scene with his unique productions. He has been very active in the studio, releasing tons of new music this year including his remix of Major Lazer’s “Run Up,” and collab with Junkie Kid, “Love Is Dead.”

With releases on dance music’s top labels including Mad Decent, Fool’s Gold, and SMOG, JSTJR is known for his fusion of world beats and rhythms into American dance music. With a love for regional sounds from around the world, and inherent tendencies for hip hop and experimental electronic production, JSTJR displays a unique and hybrid brand of dance music that some might say sounds similar to the styles of Major Lazer, whom he’s worked with directly as a credited artist on Major Lazer’s Peace Is The Mission in 2015.

In 2014, Andrew Sierra and Scotty Dro came together to create the bass-heavy trap bending duo, ‘Nightowls,’ when they discovered they were simultaneously working on projects under the title Owls. The duo saw success as Nightowls, but made the decision to rebrand into what they now call ‘Two Owls,’ due to conflict with Insomniac’s night owl symbol and radio show. Scotty tells Insomniac: “It’s gotten to the point that everyone is using the same tools and techniques to make EDM. So, branding becomes more and more important.” “To be able to relaunch without losing our fan base, to look back and see any mistakes and start fresh—it’s a total gift.”

Hailing from Atlanta, Georgia, we have ATLiens. Even though the two masked men’s identities remain a mystery, their sound has gained them significance in the most recent wave of trap artists. Really, the two have done some pretty impressive work, including their recent track with Bassnectar, “Interlock” and their single, “Alchemy.” Interestingly enough, ATLiens has displayed their uncontrolled interest in various realities and the underworld, and they portray that connection in their music videos, art, and deep, dark tones that construct their music.

Moving and grooving from Miami, Florida is Havok Roth. He must really have an expert’s network because he has teamed up with heaps of artists to piece together some pretty divine music. Realistically, his sound can be classified as contemporary trap, and with certain switch ups and builds, this dude certainly wreaks some havoc. On his SoundCloud, many of his releases were put out within the past couple days, so he’s surely stayed on his A game by presenting some of the freshest sounds around.

Bailo, born and raised in New York, has always had a passion for music. He auditioned for shows, including American Idol, X Factor, and The Voice but as he grew personally and artistically, his interest in singing shifted toward producing. He’s rapidly become the most promising upcoming producer of trap, so ready your ears for some fresh, innovative, killer beats. His remix of Calvin Harris’ “How Deep Is Your Love,” essentially put him on the underground trap map. This, along with the rest of his music, has seen huge support from the likes of DJ Snake, Borgore, Brillz, UZ, HeroBust, 4B, and Kennedy Jones.

20 year old Jason Wool, better known as Woolymammoth, is known for his unique trappy productions. He started creating music in high school, and his tunes are full of solid melodies and vocal-chopping with on point synths to match, always backed up by some huge bass swells. Although putting out mostly trap tracks, Jason has also dabbled in dubstep. the Bay Area-based producer takes hip-hop inspired bass music to its more experimental reaches, while still bringing the bass.
Connect with Wollymammoth: Facebook | Twitter | Soundcloud 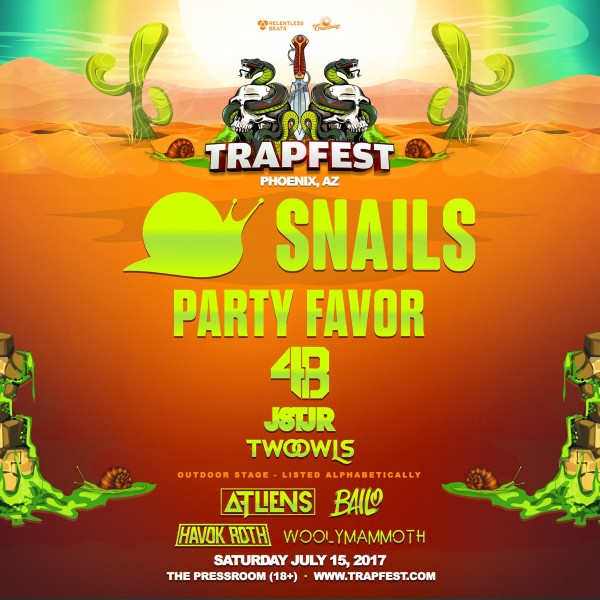 Grab tickets here and join the event page to stay up to date!