If you’re looking for some house and techno tunes this weekend we’ve got you covered! We’re starting it off with house legends Bad Boy Bill and Richard Vission poolside on Saturday while Black Asteroid invades Monarch’s Scarlet room by evening. Sunday Funday is covered with Dirty South taking over Talking Stick Resort to close out a chill weekend. 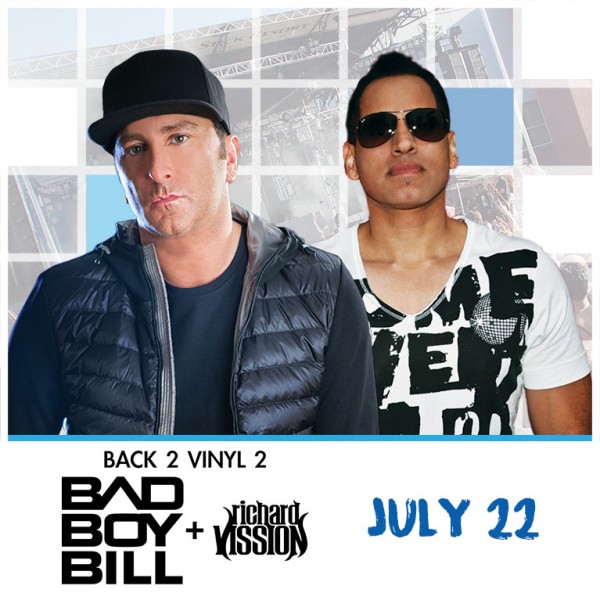 We’re bringing it back to the old school this weekend with a Back 2 Vinyl bash. Bad Boy Bill and Richard Vission are no strangers behind the boards, but seeing them in an entirely old-school environment while still churning out new material on the set will prove to be an event you won’t want to miss when it comes around to Talking Stick Resort on July 22nd, for two industry powerhouses to not only make a triumphant live return as a duo to Arizona, but also getting the rare chance to see a generation long past be revitalized—and we can say for a lot of our younger readers, it is a skill that you probably don’t see demonstrated every day in the year 2017.

Black Asteroid, born Bryan Black, is a highly respected player in the industry. He’s the former engineer for Prince, one-half of the critically acclaimed MOTOR, DJ, producer and live performer. Black is a force of electronic power and precision whose current incarnation as Black Asteroid sees the auteur in his most decisive campaign to date. Hits such as 2011’s The Engine EP, 2012’s Black Acid EP, his debut album Thrust and remixes for Depeche Mode and Rick Owens have set a new and uncompromising standard with their otherworldly sounds and shapes.Black Asteroid has brought his explosive DJ and live sets to events including a sold-out 12,000 capacity Palazzi Dei Congressi in Rome, Melkweg for Amsterdam Dance Event, Mysteryland festival, Berghain, Ageha, Fabric and many more.

Dirty South is no stranger to house music, and we are no stranger to Dirty South. While his sounds may not be directly reminiscent of the actual American “Dirty South,” Dragan Roganović always brings his game to the floor when anyone gets a whiff of his slick instrumental and vocal production stylings. Dirty South has found the perfect balance between party and chill and he’s bringing those vibes to Scottsdale this weekend!