RB weekends are back in full swing and we’ve got non-stop music to serve as the soundtrack. This weekend we have Gem & Jam 2018 in Tucson from Thursday to Sunday. Mr. Carmack will be performing live at Crescent Ballroom on Friday and Saturday we’ve got Doctor P at Monarch, GoldFish at Shady Park, and Lee Curtiss & Ryan Crosson at Monarch’s Scarlet Room. 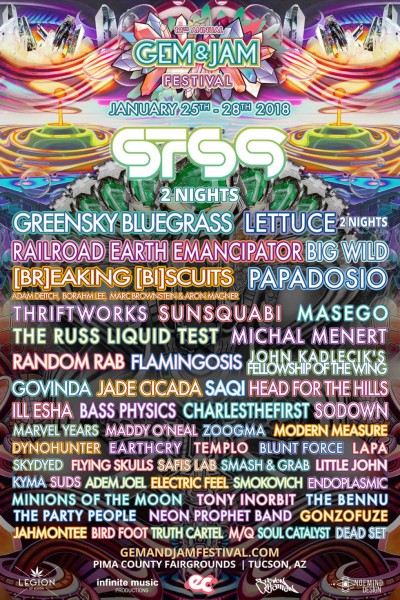 Located on 640 acres and just 20 miles south of downtown Tucson, the Pima County Fairgrounds is surrounded by nature and resides in a desert environment, creating an expansive setting perfect for Gem & Jam. The multi-stage music and arts festival will be offering increased capacity and camping options, including onsite RV camping with hookups, boutique camping, car camping and walk-in camping. Additionally, Gem & Jam will be expanding on its experience with world-class visuals, unique stage designs, artist galleries, live paintings, experiential installations, daytime workshops, gem and mineral vendors and much more. A lineup like this can’t be beat. 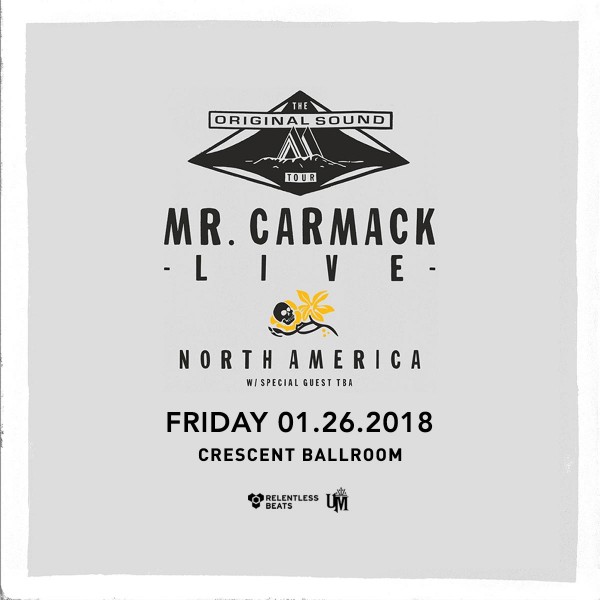 “Make music like no one’s listening.” This is the notion that Aaron Carmack has built his EDM empire on and the sentiment that has enabled him to make something truly unique from his peers within the trap genre. Mr. Carmack’s “sound” has repeatedly been praised since his inception into the scene. His faithful following and dedication to harder sounds and remixes have cemented him among hardcore fans in the electronic community that appreciate his eye to detail and his respect for the old-school. Don’t miss this special live performance. 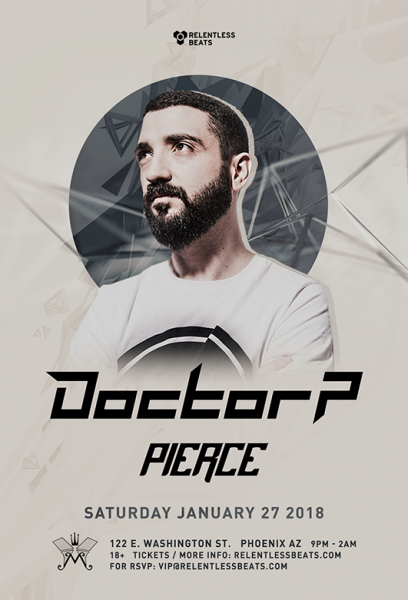 Doctor P is the stage name of dubstep producer and DJ, Shaun Brockhurst. He’s had an intense love of music since he was just a teenager jamming with his friends on drums and guitar. Doctor P is what you might label as a triple threat as his talent can be found in the roles he effortlessly balances as a musician, producer, and DJ. He also founded Circus Records with long-time friend Flux Pavilion. Shaun began to professionally create tracks in 2007, predominantly Drum and Bass but was always experimenting across all styles.

1/27 – GoldFish – Sightings: On the Road to Phoenix Lights 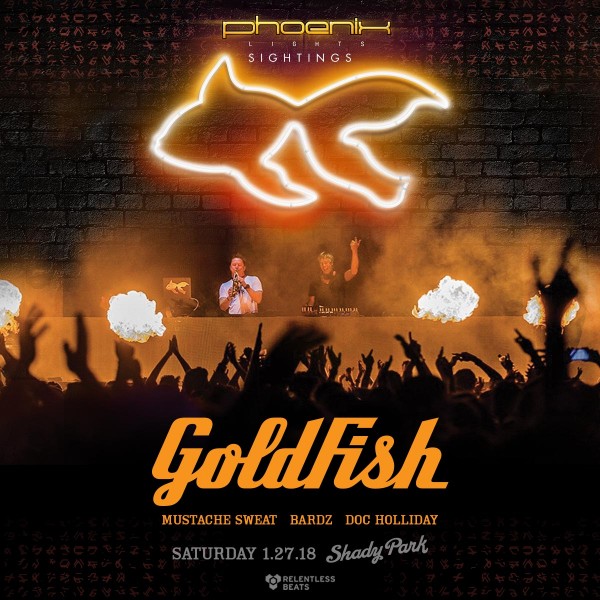 Electronic duo Goldfish from the Southern-most tip of Africa has gone from one of dance music’s best-kept secrets to an act tipped by industry tastemakers as the band to watch this year. Comprised of Dominic Peters and David Poole, their genre-defying mix of live instruments, house beats, and searing live performances have seen Goldfish go from impromptu jams at a tiny beach club in Cape Town to headlining Amsterdam’s Olympic Stadium. With Goldfish Dom and Dave get to explore the dark depths of electronic music production more extensively and create enticing music for the masses. Ahead of their upcoming performance at Phoenix Lights, there will be a ‘sighting’ this weekend at Shady Park. 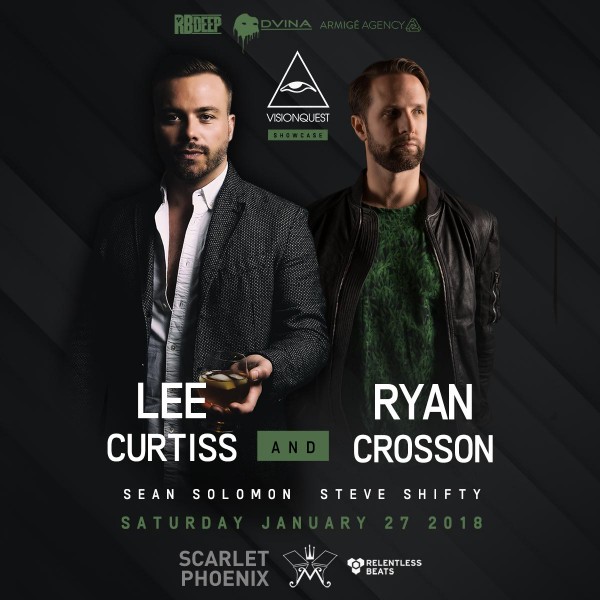 Master of the sensual synth, sensitive, pop-inflected songwriter, and all-around label visionary, Lee Curtiss knows how to straddle the dance industry’s many contradictions, in the process releasing hits as exquisitely crafted and mentally twisted as they are in global demand. Often describing himself as “concerned about the future of house music” even while he perfects its form, Lee’s upcoming goals include finishing a double EP for Visionquest, releasing a pop album on which he has been hard at work, and producing a variety of other bands across multiple musical genres. A true renaissance man, Lee is always excited for the future.

Ryan Crosson makes house and techno inspired by the historical precedent set in his native city of Detroit and his adopted hometown of Berlin. A Motor City, Berlin, London hybrid, Ryan Crosson is a complex artistic creature. Equal parts energetic, down to earth Detroit native and ultra-refined, musical aesthete, Ryan has one ear to the club and one ear far, far beyond. Known the world over for shapeshifting, shoulder shaking tracks on groundbreaking labels including Wagon Repair, M_nus, Spectral Sound, and his own Visionquest, Ryan’s production and sampling practices depart from the worlds of house or techno by referencing musique concrète, Downtown New York funk, and East African jazz.