Last week Insomniac announced a new partnership with Zebra Entertainment Enterprise. Together they’ll be bringing Electric Daisy Carnival to China! This is a huge move for Insomniac who has been working tirelessly at creating events all over the world. “To bring EDC halfway around the world is a milestone for our entire Insomniac family,” said Pasquale Rotella, founder and CEO of Insomniac. “China marks EDC’s sixth international location, and I’m excited to connect and create beautiful new moments with the country’s passionate and ever-growing dance music community.”

On Sunday, April 29 and Monday, April 30, Insomniac will transform the vast city landscape in the heart of Shanghai into an unparalleled music festival experience, bringing three awe-inspiring stages, incredible laser and light displays, imaginative theatrical performers, and world-renowned dance music artists. China marks EDC’s second location on the Asian continent and will be the first time that local fans can experience what has made EDC a celebrated global phenomenon. 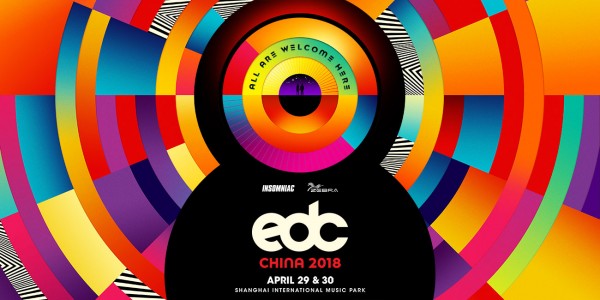 The inaugural celebration of EDC China will feature Insomniac’s signature stage designs, including kineticTEMPLE, circuitGROUNDS, bassPOD and the Boombox Art Car. Making its second international appearance, the reimagined kineticTEMPLE will venture overseas to Asia where fans will be immersed in an imaginative story embracing life, creativity, nature, and technology. As fans roam the expansive festival grounds to the soundtrack of the world’s most notable dance music artists, a colorful array of Brass Monkeys, Marching Band Stilts, Marching Majorettes and Sparklepops will be on hand to entertain Headliners through a spectacle of performance art.

Zebra also announced the EDC China theme song audition plan and the DJ contest. Matt Teper, senior director of event development, and Dave Ralph, head of talent for Insomniac — the company responsible for EDC and other international festivals. Scarlett Li, vice president of CMC Holdings, and Eric He, CEO of Zebra Entertainment, attended the press conference along with 200 guests and media from the industry.