From RBDeep to the beach, the bass, and back..we’ve got a knockout lineup for you this weekend! Starting Friday night on the 13th day, Angelz is taking over Shady Park in Tempe. Saturday, we’ve got a trifecta! First, Krewella and Born Dirty hit the pool at Talking Stick Resort. Then, a literal Triple Threat takes over Monarch Theatre in the form of Infekt, Oolacile, and Murda. Last, but certainly not least, Steve Bug brings us back to Shady for a night of dancing amongst the trees. 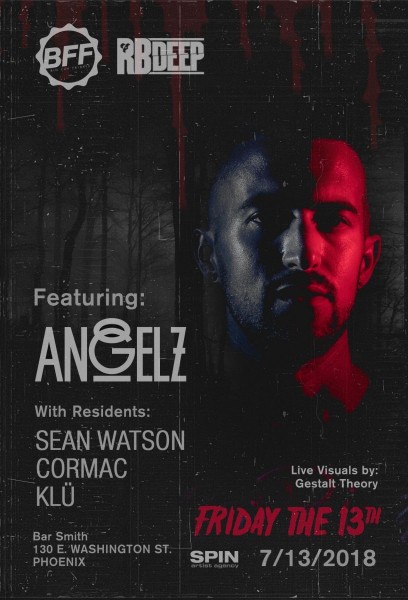 Do you believe in Angelz? If not, you’re about to. Seen as a “rebel” in the scene, Angelz puts his middle finger up to the status quo and forges a pioneering path in his music career. Blending his draw to hip/hop from a young age and his attraction to the repetitive and dance-evokingness of House music, he has created a sound unlike any other. With releases on Night Bass, Confessions, and Dirtybird, Angelz is a rising star who’s solidified his position with top-notch tracks. 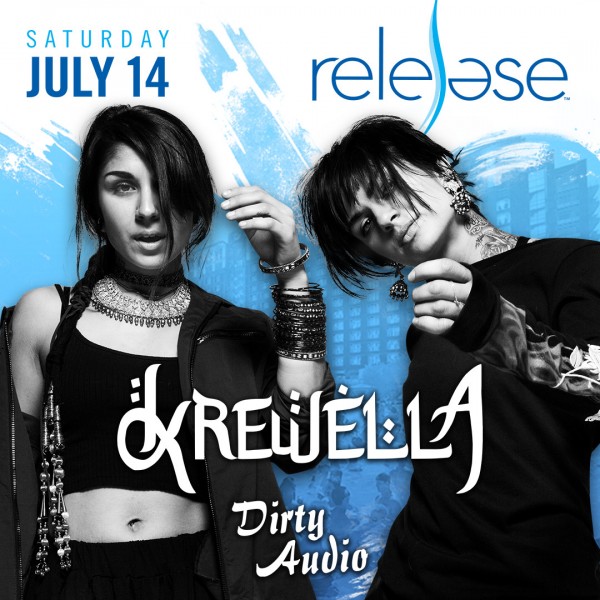 Yasmine and Jahan Yousaf are the talented sisters who make up Krewella. The group’s music cannot be categorized under one specific genre and they continue to dabble amongst house, dubstep, and electronic dance. Like many young DJs, they rose to fame through the social media and music sharing platform Soundcloud, releasing their first track in 2011. By the year 2012, the group released two EPs. Since then, Krewella has become EDM superstars. In 2013 Krewella released their first full-length album titled Get Wet with Columbia Records, which earned a spot on the Top 10 Billboards Hot 200. In this year alone they’ve put out 4 new tracks that have the krewmmunity going wild. These girls definitely know how to play hard, and harder, making it the perfect way to start your weekend.

DirtyAudio is a young, rising star in the electronic dance music scene. A Los Angeles native, Dirty Audio discovered EDM at the age of 12, and it was only a matter of time before it became his true passion. In 2011 he began producing and has gained rapid support ever since. Fusing electronic elements with Hip-Hop, Dirty Audio has gained support from artists such as Tiesto, Diplo, Deorro, Carnage, UZ, Flosstradamus, Adventure Club, Krewella and more. Ultra, CR2, and more are just naming a few of Dirty Audio’s recent successes. These along with Dirty Audio’s growing popularity, there is no doubt of the bright future in store for this young and talented artist. 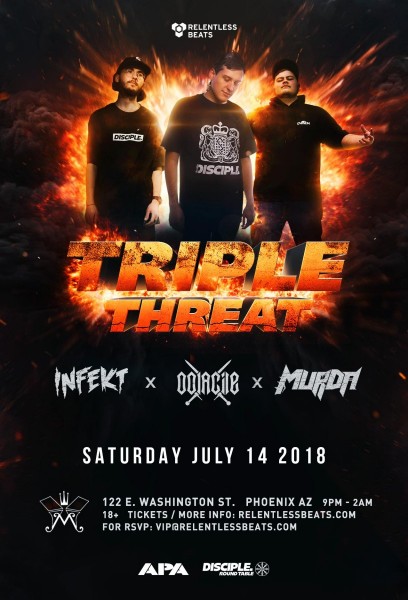 At only 21 years old, German-born DJ and producer Infekt has established a name for himself in the world of dubstep and riddim. The artist took his first steps in music production at the mere age of 12 when he was immediately drawn to the sounds of dubstep. He honed his craft throughout his teenage years, allowing him to explore the wonky, darker side of dubstep. His latest EP, Journey to Mars, goes beyond filthy dubstep and riddim to take us on an adventure through bass and shifty rhythms. Known for his ridiculously filthy riddim and dubstep sounds, DJ and producer Oolacile has been on the rise since his emergence onto the scene a few years back. He’s put out a couple EPs and a few singles throughout his career, via Prime Audio, Smog Recordings, and Disciple Recordings. 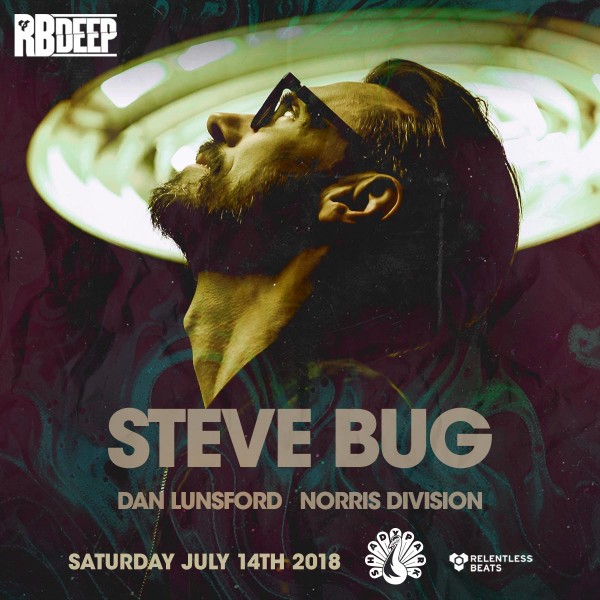 A dedicated, energetic and constantly surprising talent, Steve Bug is nothing less than an electronic music ambassador. Having grown up in Germany’s techno and acid-house heyday, Steve Bug’s love for a perfect groove is as apparent now as it was back then. His DJ skills and a keen, innovative ear led him not down the typical path of the early nineties trance and harder dance scene, but instead towards a fresher, hybrid sound–merging stripped deep house, tweaked out acid and more minimal forms of techno and electronic music. His international breakthrough was his fourth studio long player Sensual in 2002, which, followed by the essential Bugnology mix series along with high profile mix CDs for Cocoon, Fabric, Fuse and more, continued to rouse support for Steve’s in-demand DJ style, propelling his career to new heights.