Just last weekend, the 8th annual Escape: Psycho Circus came and went in the blink of an eye. The NOS Events Center in San Bernardino, California opened its doors to a sold-out crowd of 125,000 costumed headliners over the course of two days.

Dubbed North America’s largest Halloween dance music festival, Escape lived up to its reputation. This year, headliners were transported into a freak show of a fairground, filled with ornately costumed performers, spooky circus attractions, and unforgettable sets from over 70 artists across four colossal, themed stages. Not to mention the 32,000 square-foot Wonderland Asylum, in which headliners were fitted with masks and straitjackets to walk through 30 distinct rooms equipped with 25 individual sound systems and over 150 hauntingly realistic performers. 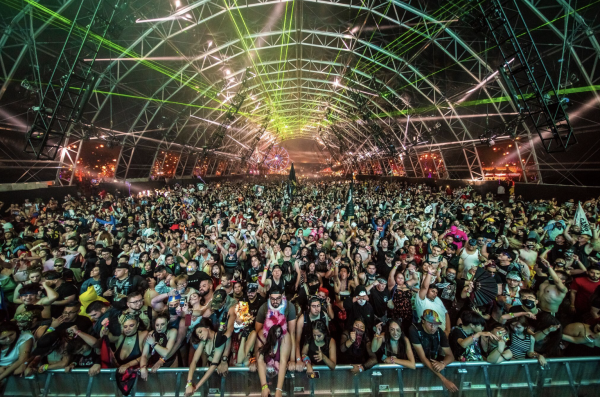 The Slaughterhouse stage had the DJ booth nestled inside a gaping clown’s mouth. It also housed over 731 video tiles, 450 lights, and 16 lasers, to host heavyweight artists like Martin Garrix, Seven Lions, Kaskade, Galantis, and Diplo. Across the way was Ghouls’ Graveyard, which featured 326 lights and 26 lasers, and hosted crowd favorites like JOYRYDE, Eric Prydz, Excision, and Tchami X Malaa. Hardstyle fans had plenty to keep them busy at the Chopping Block, which hosted names like Brennan Heart, Digital Punk, and Angerfist, to name a few. Lastly, Factory 93’s Cannibals’ Tea Party made its outdoor debut, while maintaining its minimalistic underground vibe, with artists like Claude VonStroke and Green Velvet taking the stage. 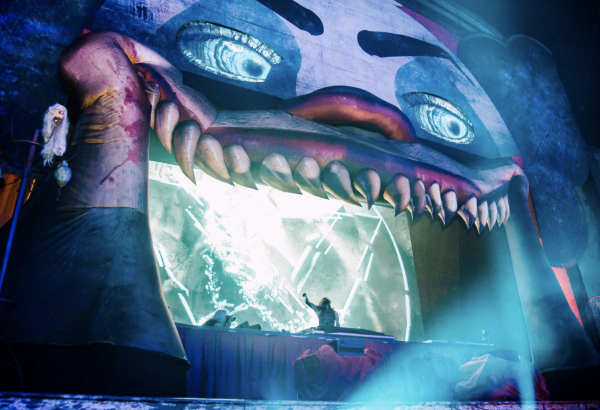 If headliners wanted to take a break in between sets, they could spend time exploring some of the art installations, like the giant Medusa head, equipped with fire-breathing snakes. There was also a tent set up with ongoing burlesque performances, a speakeasy called the Shanghai Surprise in which guests could only enter through a refrigerator door, and plenty of food trucks and vendor booths. Those with VIP wristbands were treated to panoramic views of the Slaughterhouse and a Jumanji-inspired VIP area, featuring a hot chocolate and coffee bar, a hookah lounge, a Bewitched beauty bar, and a Kandi station.

It seems Insomniac thought of everything with this year’s Escape: Psycho Circus. We can’t wait to see what they have in store for us next year.