Today, Utrecht dance duo Tinlicker make their Astralwerks debut with the soaring, hopeful “Paradise,” produced with fellow Dutch DJ Helsloot and featuring melancholic R&B vocalist Saro. The single is the first taste of the Paradise EP, due September 11, and the latest output from the celebrated career of Micha Heyboer and Jordi van Achthoven, who’ve dedicated themselves to a sound that’s fantastical, meditative, and floating. They make bangers, sure, but their aims are higher than that — they make party tracks for a club in the clouds.

“Paradise” is a bright ballad for dark times, suggesting that escape from the world’s troubles can be found in the arms of a loved one. Saro sings of struggles of an almost mythical scale, but finds peace in the mantra-esque phrase that gives the song its title: “You’re my paradise.” Tinlicker & Helsloot’s instrumental is emotionally complicated in the same way, full of stormy synth sequences and ominous rhythms. But as the song builds, hope and light peek through. The Paradise EP is rounded out by additional cut “Like,” and extended mixes of both songs. 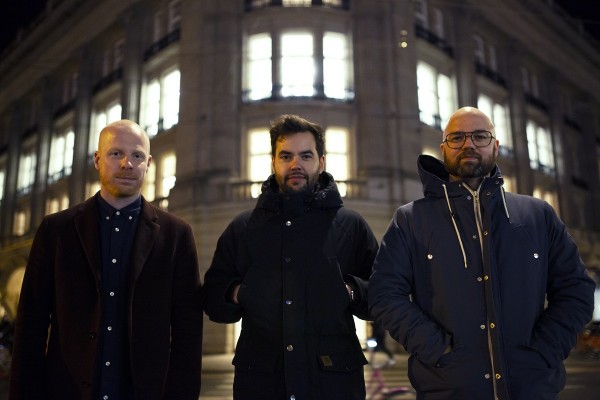 The new song is Tinlicker’s second teamup with Helsloot following technicolor bliss bomb “Because You Move Me,” released in 2017 on Armada and still echoing from speakers all over. “Paradise” is just the latest single in a particularly imaginative phase of the duo’s career. In 2019, they released This Is Not Our Universe on Anjunabeats, an album exploring house and techno’s spacious outer realms. In March of this year, they followed with a remix album, featuring reimaginings and reworks from Dosem, Deeparture, and Grum, among others.