Unless you’ve been living under a rock this week, you’ve probably heard the devastating news about Daft Punk calling it quits. After 28 iconic years, the duo blindsided us all with their final farewell in the form of an eight-minute video entitled “Epilogue.” Daft Punk’s reach extended far outside the EDM community, as the entire music industry seems to be mourning this loss together right now.

To pay homage to what might just be the most influential musical act in the history of electronic dance music, I’ve constructed this list of 3 reasons why Daft Punk’s retirement hits EXTRA hard.

Trailblazers in the Industry

With tracks that will forever be sampled in live DJ sets everywhere, including the ubiquitous “One More Time,” Daft Punk has carved out their very own space in music history. From day one, their goal has always been originality, turning away from influences to focus on creating something entirely unique. The result has been a style of music that is distinctly their own.

Because the duo pays no mind to the confines of genre boundaries, their sound incorporates everything from from pop, funk, house music, techno, disco, rock, and synthpop. This versatility has allowed them to play an integral role in the EDM breakthrough into the mainstream. They’ve experienced immense success, and were among the first EDM acts to win a Grammy, on top of their many other accolades.

For a musical act that has been around for almost three decades, Daft Punk’s touring history is surprisingly minimal. They’ve only embarked on two big tours, Daftendirektour in 1997 and Alive in 2006/2007. Maybe the rarity of catching them live adds to the magic, but this duo is known for putting on one of the most incredible live musical performances of all time. With elaborate visuals and stage construction combined with strong performance energy, fans still reminisce about these live sets from decades ago. “When you know how a magic trick is done, it’s so depressing,” Daft Punk told Pitchfork in 2013. “We focus on the illusion because giving away how it’s done instantly shuts down the sense of excitement and innocence.” 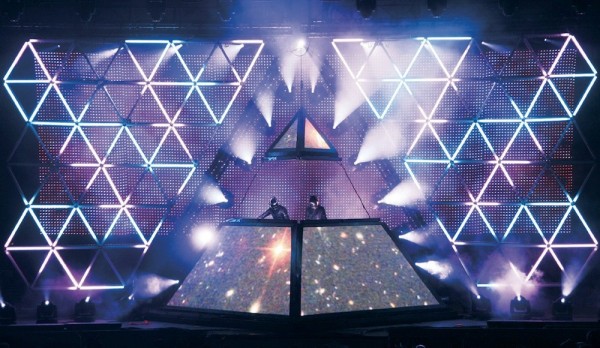 Daft Punk didn’t begin their career with the iconic robot image, yet they leave behind one of the most tightly controlled personas in modern music. The robot helmets came about as Daft Punk’s rejection of promoting an image, yet they ironically became one of the world’s most iconic images. The visual legacy they leave behind is and will continue to be portrayed in fashion, film, and other forms of pop culture.

While this news comes with great sadness, we must follow the advice of the wise Dr. Seuss as we trek forward in Daft Punk’s absence: “don’t cry because it’s over; smile because it happened.”