Born Daniel Sewell on March 16, 1981, Danny Brown is a hip hop artist from the Dexter-Linwood area of Detroit, Michigan.  Danny is an unconventional hip hop artist employing multiple flows and cadences thus the moniker of “The Hybrid”. His style varies from low pitched gravely tones to a manic, high pitched, squawk.

From his astonishing early days as a DMC world champ by age 15 to his acclaimed DVD “Sunglasses Is A Must” to releasing 2007’s monumental Dirty South Dance mix (Obey), Montreal-born and New York-based DJ A-Trak has consistently exceeded all expectations of a traditional DJ. He launched his own record label, Fool’s Gold Records, toured the world non-stop as a solo artist and as Kanye West’s DJ, produced and helped develop the career of much hyped Downtown Records recording artist Kid Sister, and remixed tracks for prominent artists such as Bonde do Role, Boys Noize, Simian Mobile Disco, Kanye West, and Digitalism. Recently garnering many rave reviews for his performances during SXSW and WMC, A-Trak has also been tapped by Jay-Z to act as musical director for his Heart Of The City tour. Read more…

RSVP to the event on Facebook and buy tickets with the links above. For reservations information, email vip@relentlessbeats.com. Learn more about Sub Focus. Join our text list by filling out the form in the upper right of this page or texting RB VIP to 88202.

No longer is it a crime to mash a hip-hop acappella into a techno track. In this arena, A-Trak, aka Alain Macklovitch, leads the pack. The 27 year-old Montreal native rides the line between hip-hop and electronic beats in a refreshing hybrid of everything ass-shaking.” … Read More 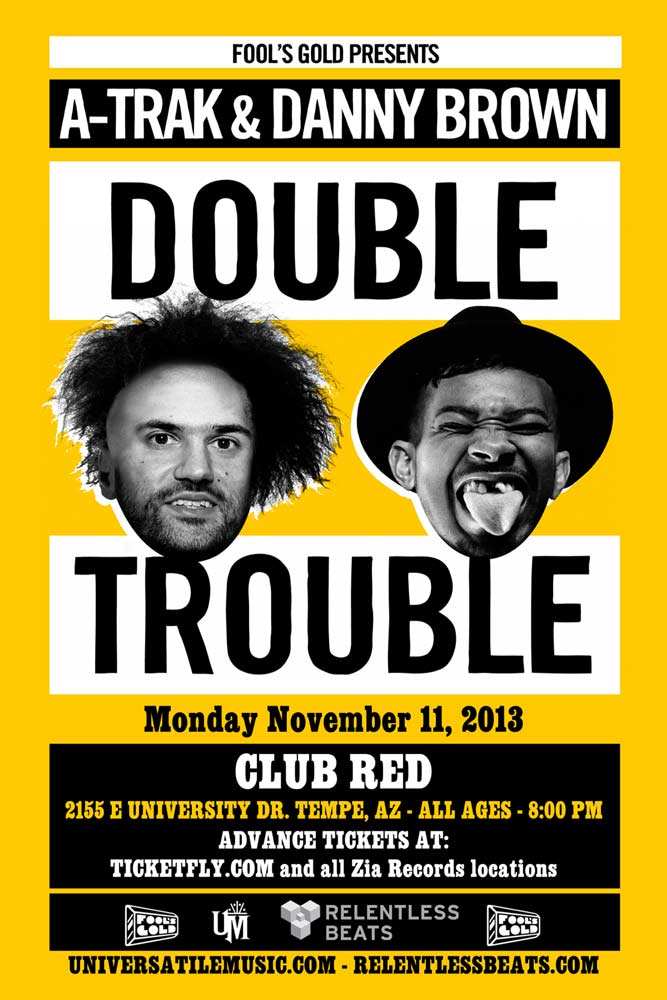