Dombresky, a producer from Paris has made his name known through his unique and authentic style. This has allowed him to make an official remix for A-Trak 's "We All Fall Down" & also collaborate with Tchami on "Freakin." Dombresky continues to impress the house scene … Read More

Los Angeles native, TOKiMONSTA (Jennifer Lee) is known for her unique take on indie electronic/r&b/dance music. Her classical upbringing and eclectic music taste has allows her to create vast textural soundscapes a reverberation that fuses vintage sensibilities with progressive inclinations. Her music has been recognized and … Read More

About What So Not

What So Not has been spearheading Australia’s latest electronica revival with boundary-pushing bass since 2011. Hailing from Sydney, What So Not dominated the city’s club circuit with his dancefloor-ready heaters, including a window-shattering remix of Major Lazer’s ‘Get Free’, which became omnipresent at festivals around … Read More

17-year old Chicago native Ethan Snoreck, better known by his stage name Whethan, has wasted no time in releasing some of this year’s most upbeat electronic tracks. His Soundcloud is already adorned with millions of views, specializing in rhythmically driven remixes of the likes of … Read More 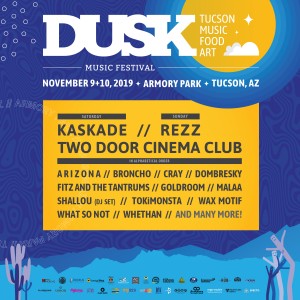