Adventure Club is a Canadian electronic dance music duo, composed of Christian Srigley and Leighton James, is based out of Montreal, Quebec. The duo formed while attending high school in Montreal as a hardcore pop-punk band, but later decided to move onto the more electronic sound of electronic dance music (EDM) after simply getting … Read More

James first expressed his love of music through jamming with his schoolmates, taking his energetic and aggressive drumming style from death metal as well as being heavily influenced by happy hardcore and jungle, growing up to a background of Helter Skelter and Dreamscape mixtapes. Along came … Read More

Jake Osher, more popularly known as Jayceeoh, is a Los Angeles based Producer/DJ and world-renowned turntablist. In 2014, Jayceeoh gathered support from the likes of A-Trak, Diplo, Bassnectar, Borgore, The Bloody Beetroots, MAKJ, and TJR, to name just a few. His bass heavy production has … Read More

VNSSA has always had a passion for music, even as a child. The Newport Beach native now calls Los Angeles home, and has immersed herself into the local electronic scene. Although Santa never gave her the turntables she wanted at a young age, she soon … Read More 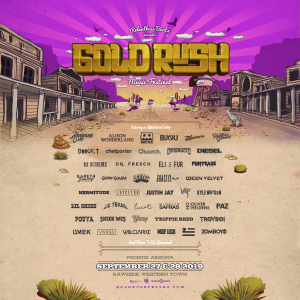