RSVP to the event on Facebook and buy tickets with the links above. For table reservation information, email vip@relentlessbeats.com. Join our text list by filling out the form below or texting RB VIP to 545454.

Bailo (Gennaro Bailo) was born August 7, 1991 in Brooklyn, but raised in Queens, NY. He spent much valued time with his grandfather, an Italian singer, who greatly influences Bailo and his mind-blowing tracks still today. Music has always been in his blood. At the young … Read More

Big Gigantic, whose blend of mind-bending beats, thunderous bass, and frenetic melodies has developed a rabid following since forming in 2008, has taken their sound to yet another dimension with the release of their newest album 'Nocturnal' (available now for FREE download at www.biggigantic.net). The … Read More

Dirt Monkey, aka Patrick Megeath, has carved his uplifting, bouncy, and unique sounds within the Denver, Colorado dubstep scene and has gained international acknowledgement with his punchy and playful sound design. His tracks have gained support and captivated audiences via many pioneers, such as: Skream, … Read More

At 14 years of age most young people are starting to realize their potential. this was no different for Doctor P back in 2000 when he discovered the music world. At the age of 14 he started to play instruments finding a great love for the … Read More

Elephante is the recording and performing moniker of Tim Wu, a Los Angeles-based EDM DJ/producer known for his big-room progressive house anthems and remixes of artists ranging from Clean Bandit to Lorde. He generally tends to produce pop-leaning vocal dance tracks, but he dips into slower, trap-inspired numbers as well. … Read More

To his friends and family, he goes by Grant Kwiecinski, the 28-year-old kid from north Detroit who grew up on a healthy diet of American funk, golden-age hip-hop, and dance music. To the rest of the world, his name is GRiZ, the Denver-based multifaceted artist … Read More

Joey Verrando aka He$h is an American dubstep producer from Dallas, Texas. As a skater and punk rocker he eventually found dubstep as a teenager and was interested in the sounds. He$h has toured with Excision, Blunts & Blondes, and more. Read More

Jay Lumen… Music is part of his life since his childhood years. He learnt music in conservatory for eight years, which provided a good basis to his ambition of making music. This ambition appeared very early, during the schooldays, when he started to turn compositions of classic … Read More

Described by fans, media and industry alike as the saviour of the true progressive style, Jeremy Olander captivates audiences from a festival stage and within an intimate club environment. Born in Stockholm, he’s leading the host of next generation artists that continues the Scandinavian capital’s … Read More

Ever since the purchase of a cheap set of belt-drive decks and a mixer on her 19th birthday she really hasn't looked back and, after completing her studies in Engineering, the straight-A student jumped head first into her true passion, music. She won a DJ … Read More

MineSweepa is a young producer from the Pacific Coast of the United States. Sweepa produces a wide variety of sounds that vary between edgy basslines and tranquil melodies. With his experimental mindset, it’s difficult to know what exactly to expect from him. What you can … Read More

Los Angeles native, DJ Mustard, is quickly becoming one of the most sought-after producers in the business. He has produced chart-topping hits for 2 Chainz ("I'm Different"), Young Jeezy ("R.I.P.") and Tyga ("Rack City"). Complex has also taken note, naming DJ Mustard one of their … Read More

Somewhere at any given time in the universe, there is a blue-eyed, incredibly obnoxious, 21 year old boy. It just so happens that this particular boy is MUST DIE! Coming into being in 2011, Lee Bates is an electronic music producer from Atlanta, GA with a … Read More

Few acts have the innovative color and diverse repertoire of Party Favor, one of the fastest rising names in Dance Music. His edgy style helped pioneer the festival trap genre, exhilarating audiences and turning heads across the globe. Party Favor, AKA Dylan Ragland, has created … Read More

A Los Angeles-based EDM duo featuring the talents of Kyle Kaplan and Vinnie Pergola, Phantoms deliver icy/hot electro-dance beats with a dash of techno and heavy dose of pop hooks. Friends since the age of 15, the pair dabbled in the Disney side of the television and film industry -- Kaplan was … Read More

Sage Armstrong began making waves in the house music scene with his debut Dirtybird release, ‘What’s Yo Tempetcha?’. Grown in the south, he has been influenced by a multitude of different genres that continue to inspire his creative flow in the studio and on stage. … Read More

San Holo is the future beats to trap connoisseur that might be dubbed the fastest growing current electronic talent. Making his debut in late 2014 with the COSMOS EP on Heroic, he garnered the attention of all the major tastemakers. This resulted in a friendship with … Read More

If there are boundaries yet to be broken, then you can bet that Sasha has got them in the crosshairs. He's been battering them down since Shelley's, The Hacienda, Renaissance and Twilo; from Airdrawndagger to Invol3r. Since 2011, he's carved a new way with his … Read More

Don’t sleep on Sikdope; he’ll make sure it costs you. The 27-year-old Polish beatsmith is a chameleon in the studio — proctoring vicious bass-house and radio-ready progressive cuts with futuristic trap sensibilities — and knack for keeping everyone guessing. Sikdope’s brand of merciless festival ammunition … Read More

Jesse Kardon, better known as Subtronics, is a 24-year-old Philadelphia born dubstep producer specializing in all things robotic. His work is heavily influenced by the likes of Rusko, Skism, Tomba and Downlink, and the collective efforts of the underground dubstep community.Taking on a core group … Read More

Within a scene that is constantly changing, few have risen through the trenches and have stirred the bass community as much as Bay Area native Danny Howland, better known as SVDDEN DEATH. Taking inspirations from Noisia, 16BIT, Skrillex, and other legends in the dubstep community – … Read More

Meet the man who’s single-handedly reinventing disco. It’s not often that you find a 19-year-old producer referencing Earth, Wind and Fire as his favourite act. That’s exactly the case with explosive new talent Throttle, the teenager from Australia who’s racked up an alarming list of … Read More

Looping pop melodies, sugary female vocals, junkets of gleaming electro house—all of these sound fabrics can be felt through the music of Jesse Hughes, who goes by the DJ moniker of Vanic. The Vancouver-based DJ/producer has been quietly releasing a wash of remixes over the past year, … Read More

This man has had Beyonce 3 times. That's right; big dick Wongo from down unda' has had the Queen Bey in and around his mouth on three separate official remixes for Sony. This righteous lad has spent over a decade between the bright screens perfecting … Read More

Every once in a while, an artist comes along who causes us to pause for a moment and wonder, “Why in the hell do we even have genres?” Los Angeles–born, Vegas–satelliting Yultron is a musician of such versatility whose path more resembles the forked blaze … Read More 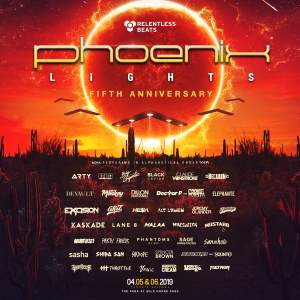