The original creators of the waterpark pool party is coming back to Arizona for the biggest 21+ event of the year! On October 5, WET ELECTRIC takes over Big Surf Waterpark in Tempe, Arizona once again with the season’s biggest lineup yet featuring Flux Pavilion, Chuckie, Arty, Clockwork, MAKJ, and more TBA.

WET ELECTRIC is a truly unique experience as it combines music, waterslides and an unbelievable vibe.

THANK YOU, our loyal fans who have participated over the years and for helping making Wet Electric possible!

For 43 years, Big Surf Waterpark has home to America’s original wave pool and has featured over a dozen additional rides for all ages! The famed wave pool is the third-largest in the world, holding 2.5 million gallons of water. In its history, Big Surf has been a popular destination for numerous concerts from musicians like: Pink Floyd, Elton John, the Red Hot Chili Peppers, the Beach Boys, Chicago, Sting, Rod Stewart and many, many more [not to mention the current home of Wet Electric Arizona]. Big Surf was also featured in two motion pictures: Just One of the Guys (1985) and Storm of the Century (1999). Visit Big Surf online.

RSVP to the event on Facebook and buy tickets with the links above. Join our text list by filling out the form in the upper right of this page or texting RBVIP to 545-454. Email vip@relentlessbeats.comfor cabana reservations.

Flux Pavilion is a one man orchestra! With the ability to Sing and play a large variety of instruments it's obvious that music comes naturally to him. Since first sitting down at a keyboard at the age of six his dream has been to make … Read More

Since his discovery in Amsterdam international DJ and producer, Chuckie, is fast becoming a global phenomenon. He has played in almost every continent of the world, developed his own massively popular “Dirty Dutch” club concept and masterminded killer tracks such as, “Let The Bass Kick” and “Aftershock” which … Read More

Mackenzie Johnson, better known as MAKJ, uncovered a passion for mixing and DJ’ing at only 15 years of age. While living overseas in China as a professional racecar driver, the teenager grabbed hold of his first set of Technics 1200 Turntables. As he experimented with … Read More

Los Angeles-born, New York City-based DJ/Producer Clockwork is no stranger to the world of electronic music. The young producer was one of the many 18 year olds circulating the dance music blogospehere with various bootleg remixes. But in 2011, armed with support and guidance from … Read More 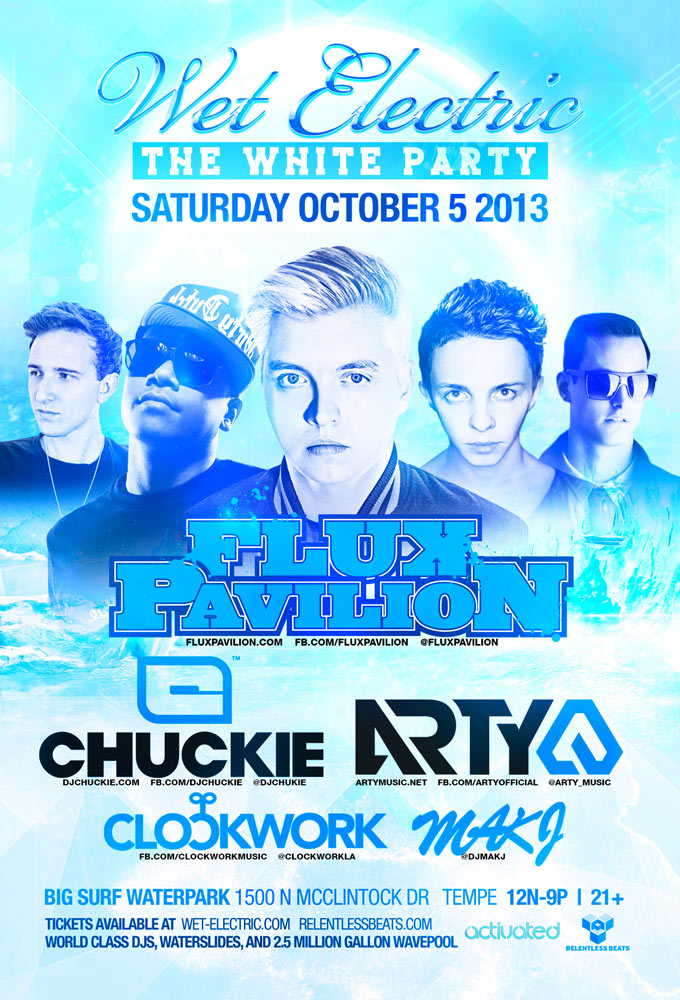