This is it–the weekend you’ve all been waiting for is here! Goldrush 2018 is happening this weekend, September 28th and 29th in Rawhide’s Western Town. We’ve got some treats even before that, though. First, The Glitch Mob and Elohim take over The Van Buren on Thursday night. Friday, we’ve got the Goldrush Hideout pre-party at Shady Park with Lee Burridge. Saturday night, Flight Facilities offers an exceptional alternative to Goldrush for the lighter hearted. 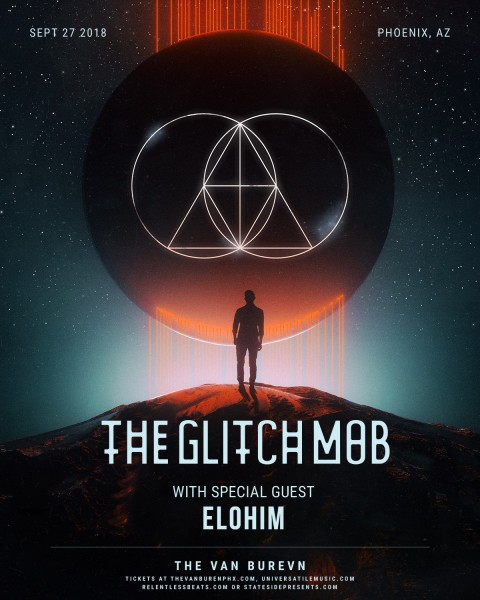 Consisting of Boreta (Justin Boreta), edIT (Edward Ma), and Ooah (Josh Mayer), Los Angeles-based electronic music group The Glitch Mob never fails to deliver a creative blend of sound ranging anywhere from soothing instrumentals to deep, static bass. The group is not recognized solely for their unique musical production but they are also widely known for their remarkable showmanship. Viewers don’t just get the chance to listen but also watch and feel as their senses are taken on a journey through the virtual reality that makes up every performance.They have been a familiar name in the music industry since the mid-2000s. After several successful hits, such as 2010’s “Fortune Days” and their popular remix of The White Stripes’ “Seven Nation Army,” the group took a brief hiatus, only to come back full force in 2018 with a new album and several tour announcements. 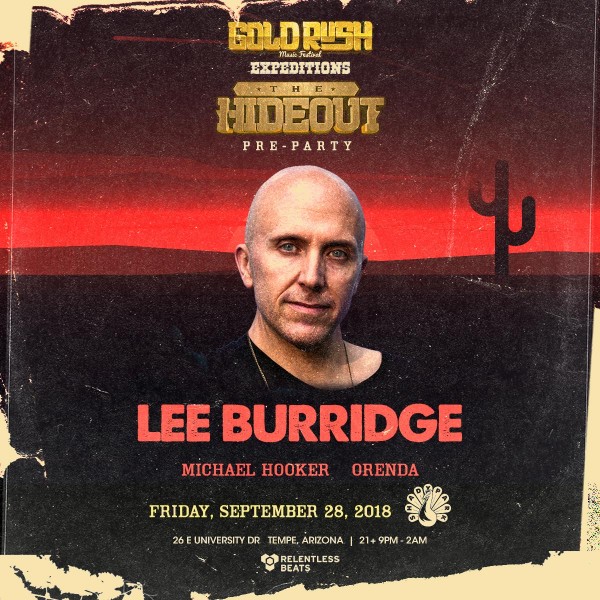 Lee Burridge is a DJ, producer, and record label owner known for helping launch the underground club scene in Hong Kong in the early 1990s. His style encompasses the deeper and groovier end of House, with infectious energy and enthusiasm on stage and a unique storytelling take on his live sets. Now one of England’s most revered DJs, Burridge has toured clubs all over the world, with gigs in Thailand, Ireland, South America, Brazil, and the U.S. He’s a returning Burning Man guest, with notorious seven to ten hour sets each closing Sunday. Now, he comes to Phoenix to prepare us for the grand party that’s about to come–Goldrush! 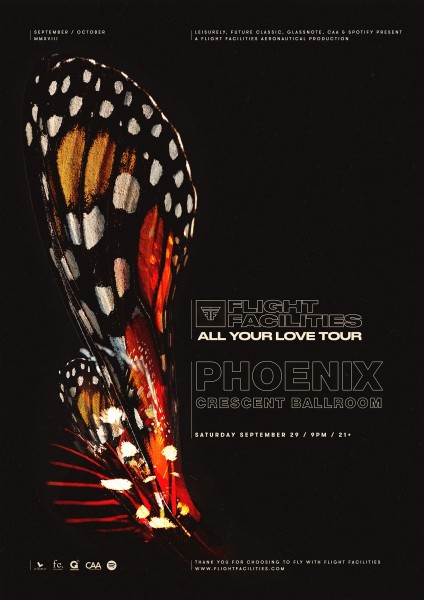 Flight Facilities is an Australian producer duo that knows how to captivate a crowd. In 2009, they began mixing songs by other artists before crafting their own original material. They released their first original, “Crave You” in 2010. The song was later picked up by Adventure Club and brought Flight Facilities to the main stage. They’ve released several singles in 2017 and 2018 and just embarked on their national 2018 All Your Love Tour. Don’t miss your chance to see Flight Facilities as they make a stop in Phoenix at the Crescent Ballroom on Saturday, September 29. Get your tickets here. 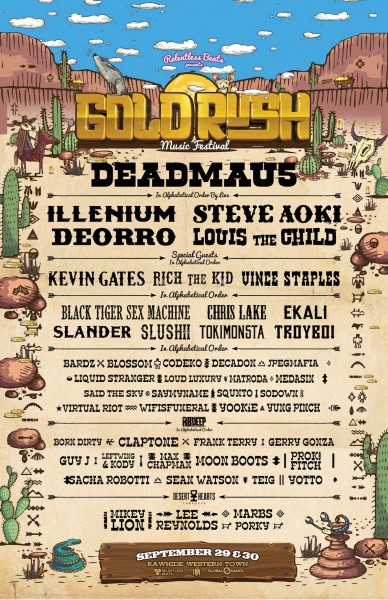 Ah yes, Goldrush. An event that hardly needs an intro. This festival takes place right in the heart of Rawhide’s Western Town, taking theme to a whole new level! You can see performances by Deadmau5, Illenium, Vince Staples, Slander, Troyboi, and so many more. Don’t miss it–grab tickets here.