Dara Hayes, or Tigerlily as she is better known, has just kicked off her first ever North American headlining tour and she makes a stop here in Scottsdale this Friday night at Urbane Manner. Despite this being her first headlining tour, Dara is no stranger to America. This Australian superstar made her big break after being discovered by dance music legend, Tiesto, who took her under his wing as one of his main supporting acts on his tours across Asia and the United States. In addition, this blue-haired mermaid has played shows in some of the worlds biggest nightclubs including Hakkasan in Las Vegas, Echostage in Washington DC, and Octagon in Seoul, South Korea.

Originating from the land down under, Tigerlily has made quite the name for herself on the homefront. With her own show at Pacha Sydney called “Kiss My Tigerlily”, ranking in the top 5 DJs in Australia both in 2014 and 2015, and finding a spot on ARIA’s top singles chart at #69 with her hit track, “Paradise”, Tigerlily is on the fast-track to worldwide recognition. 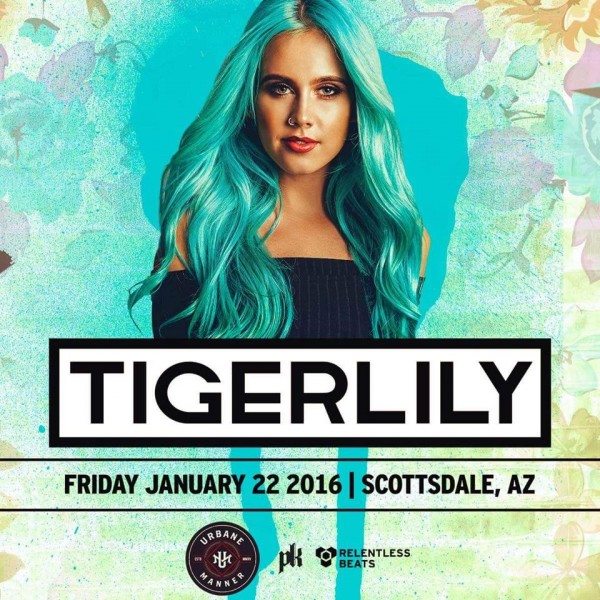 I had the chance to speak with Tigerlily prior to her performance this Friday night about her new North American tour, having Tiesto as a mentor, and being a female in a male dominated industry. Don’t miss out on the girl power this weekend when Tigerlily and Blossom blow the roof off of Urbane Manner!

Your first headlining North American Tour has just kicked off and you opened it by playing The Day After Fest in Panama. How does it feel to finally kick off this tour and what was your first show like?

“I am so excited to be over here and finally playing my first North American tour. It’s been in the works for a while and it’s a huge achievement for me to be able to come over here and be playing my own shows! My first show at TDA in Panama was incredible, there was such a beautiful vibe in the crowd and I was so pleased to see my Panama fans!”

Of course pleasing your fans is a huge part of taking the big leap overseas, but is there anything else that you hope to get out of this massive journey around the US and neighboring countries?

“Definitely! The next month is crazy full on in the best way possible. I’m writing loads in the studio during the week trying to finish off my EP. Doing shoots with some magazine, lots of meetings and catch ups with friends and other artists. Not to mention loads of adventures, new experiences and fun!” 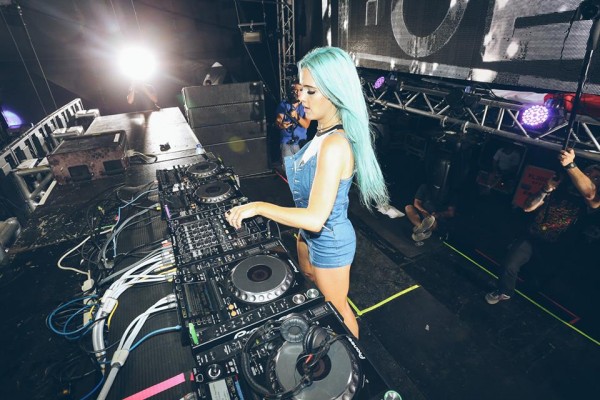 Is there anything that you are particularly excited to see or experience on your travels? And what have you done to prepare for this tour?

“I definitely want to try and find some amazing places to hike. If anyone has recommendations hit me up! Preparation wise, it’s just a matter of making sure I’m fit and healthy to perform best at my shows, keeping my music fresh, and of course packing (Arghhhhh I have too many clothes)!”

What is the club and festival atmosphere like for you here as opposed to the dance scene in Australia?

“It’s really exciting to be playing over here as it’s really different compared to back at home in Australia. The American audiences are really open minded from my experiences so far which is great for an artist because it gives me the opportunity to explore new music in my set!”

You got your worldwide break with the help of electronic music legend, Tiesto. Can you tell us about your first encounter with Tijs and how it all went down, helping you to reach a wider audience?

“I’m really blessed to have Tijs as a mentor and a friend. We met a few years back in Australia and got along really well. We exchanged emails and managed to keep in touch! He has taken me on some of his tours and I’ve supported him at quite a few shows around America! He has such a big and loyal fan base and with his support I’ve definitely reached a much wider audience than I would have otherwise.”

I’m sure that this question is thrown at you everywhere you look, but I find it especially relevant for the show here on Friday. Opening for you is local female DJ, Blossom, who has a very similar style both in music and fashion. Girl power will definitely be present, so I want to ask what your stance is on the female presence in electronic music and how important it’s growth is?

“I’m all about girl power and empowering other women. Unfortunately we don’t have enough females in prominent positions in the dance music industry. There needs to be more of a female presence and there needs to be growth – how this will happen, I’m not sure. To be honest I could talk about this for hours and it’s hard to answer questions like this without rattling on in detail. It can be tough being a female in a male dominated industry and there is definitely a huge ‘boys club’ mentality. Despite this, it does seem like more and more women are taking the leap and following their passions within the dance music industry. I think the most important thing is that we are making sure that we are empowering all the women around us.”

From a production perspective, what can all of your fans expect from you in the year to come?

“I have my next singe coming out over the next month or two as well as some cool remixes! I’m pumped about my next single, I wrote it with a super talented singer last time I was in LA and it feels really good, it feels right, so I can’t wait for it to be released to the world. I’m also releasing an EP pretty soon which I’m super excited about. It’s given me an opportunity to explore writing all kinds of electronic dance music and I’m excited to bring something a little different and unexpected to the table.”

Are you continuing to produce music while on the road? How does production, touring, and fun effect your sleep schedule?

“Yup! Always. I’m doing lots of writing when I’m in LA during the week on my days off in between shows. My sleeping patterns are pretty whack due to travel, jet lag, shows, studio sessions, and just life! But I don’t mind, as long as I’m not unwell and I’m getting enough hours of snooze time per night I’m a happy tiger.”

Finally, can you throw out a few words of advice for aspiring DJs and producers, both male and female, and maybe share an experience regarding the struggle to be recognized?

“Follow your passion. Work your butt off. Stay up all night writing music. Take the 5am closing sets. Keep hustling. The industry is cut throat and it can be difficult, but nothing shines more than true determination.”