DJ Tina Turner is IN THE HOUSE! Actually no, you misread that; But we can tell you, a femme fatale force is appearing on the scene, a very savvy Ms. Gina Turner. Although her name may sound similar, she is actually not the aging rock songstress who magically decided she was awesome at an 80s analog switchboard. Then who the hell is Gina Turner? Well, folks, Gina Turner is the force of nature your playlist has been looking for quite some time. Gina Turner is the answer to working moms who just want to get low to the beat, and also stay on their own hustle. Gina Turner even owns her own label imprint, and aside from making some bomb-ass beats and having a background as a Yoga instructor, Gina is waaaaaa-y too busy to listen to the haters. 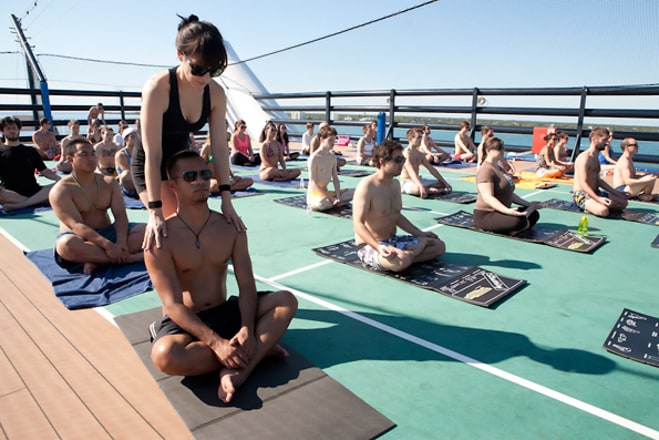 What makes her music dance-worthy? Although it is difficult to pinpoint her exact genre and the beats she might have been raised with, this track proves us plenty that you are never too busy to party. In her track with Mitch de Klein, the original mix, “Bliss,” features the soft cooing and spoken vocals over what sounds like a mix of a glock and steel drum. Of course some of you more musically-minded people could pick out the effect off of the top of your head, but more importantly, it is what her music represents.

Songs like “Bliss” aren’t always game-changers on terms of music composition, but sometimes the combination of samples and song elements can come together in one, nice, cohesive piece. What makes tracks like “Bliss” and her other work impressive as well, are the original beats that can make the dance-floor hot-flash. On the other hand to compliment some of these harder beats, you have her song with Tony Quattro, “Afterhours,” which provides a much chiller vibe that would definitely find its home at some sort of after dark after-party. The music Gina Turner is making is not meant to be over-analyzed, but simply to be enjoyed what it is.

So, we had the chance to get to know one of the DJs that should be on your list a little better musically, but what does this mean for you? If you’re a fan of those old school analog sci-fi sounds, but at the same time, favor something that is always club-ready, DJ Gina Turner is the artist for you. In the “man’s world” of being a DJ, Gina Turner is breaking the boundaries of creativity, and also in her own industry.